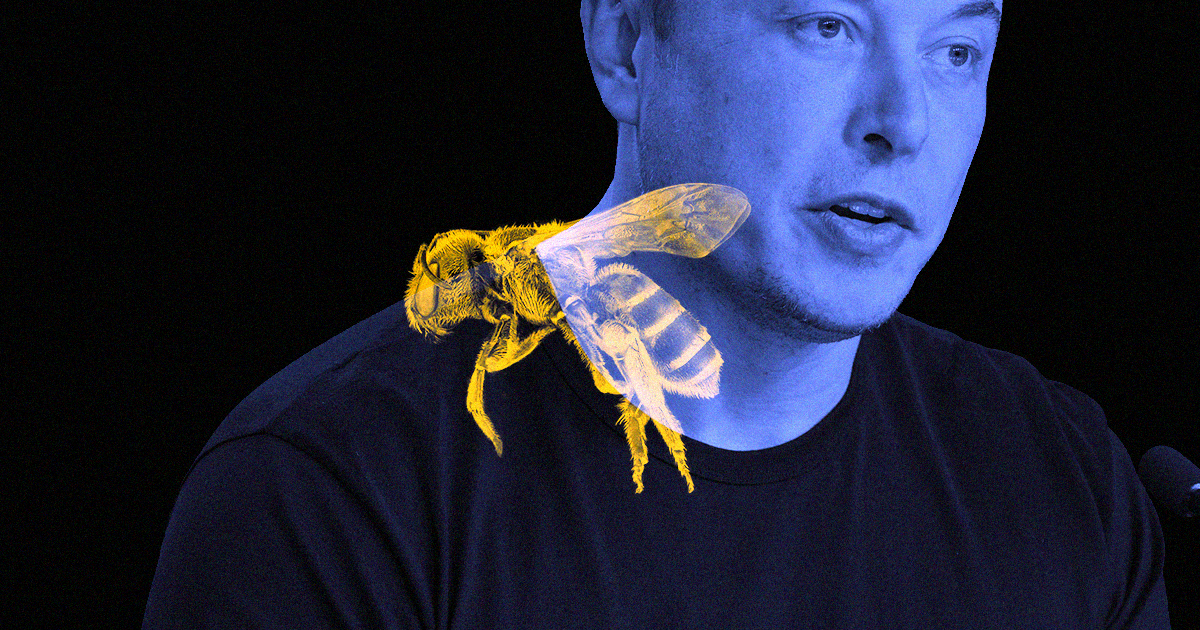 Anybody who follows Elon Musk on Twitter knows that the Tesla and SpaceX CEO is an avid meme lord.

But now, some Musk-watchers are suggesting that his jokey feed could be his way of foreshadowing the debut of a new Tesla vehicle. In particular, Business Insider noticed, they're pointing to a run of memes about bees as a sign that a "Tesla Model B" could be in the works.

One joke, which caught flak in the British press, compared Queen Elizabeth II's colorful outfits to those of the Teletubbies.

But Musk fans fixated on the use of a "bee" emoji in the tweets — to riff on "queen bee" and "teletub-bee" — as a sign that a Tesla Model B could be in development.

One of Musk's longstanding Tesla eccentricities is that the names of the company's four announced lines — Model S, Model 3, Model X, and Model Y — spell out the slangy adjective "S3XY."

It's not clear how a hypothetical Model B would fit into that — though Musk could conceivably use the unannounced vehicle to exhort his followers to "B S3XY."

READ MORE: Elon Musk tweeted a bizarre meme of the Queen, and it got fans speculating about a new Tesla Model B [Business Insider]

More on Elon Musk: People Are Begging Elon Musk to Drill Holes in Their Skulls