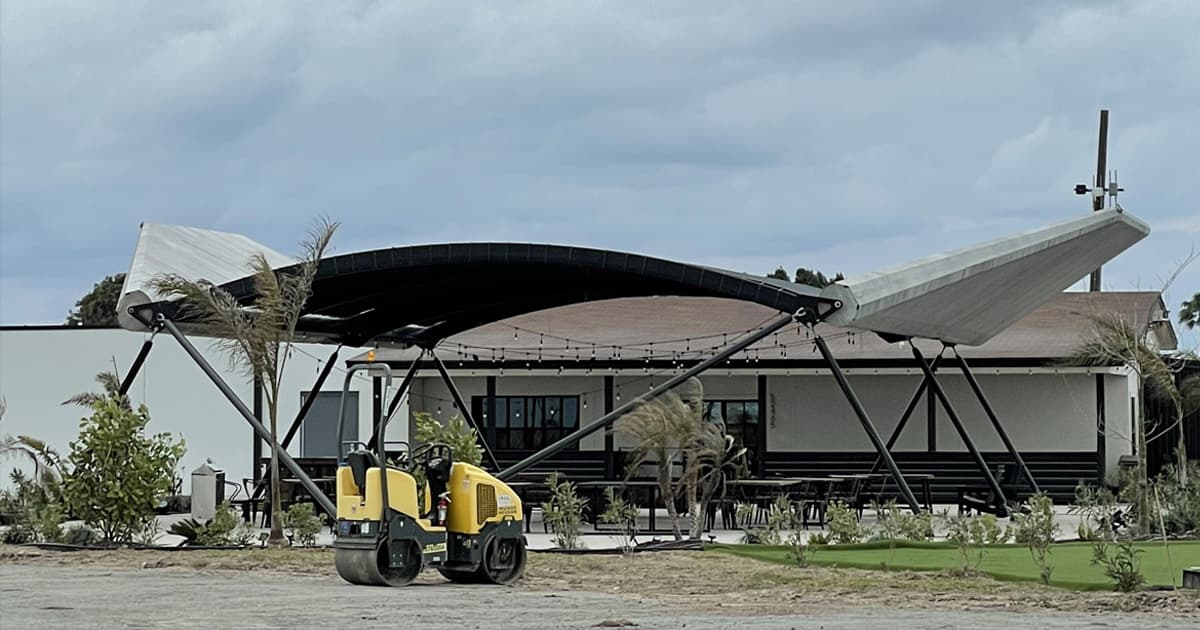 Restaurant At The End Of The Universe

"Fun to imagine that this place could be packed someday with people getting ready to go to Mars."

"Fun to imagine that this place could be packed someday with people getting ready to go to Mars."

SpaceX is building a restaurant and a "futuristic bar" at its Starship testing facility in Boca Chica, Texas, according to CEO Elon Musk.

Tim Dodd, better known on social media as Everyday Astronaut, spotted a "Tiki bar" near the company's Texas facilities that has the space company's Starship's aerodynamic flaps, opining that "sorry, but that's the coolest thing ever."

"Fun to imagine that this place could be packed someday with people getting ready to go to Mars," Dodd added.

Musk clarified in a response that "that's actually our restaurant, but SpaceX is building a futuristic bar at the top of the high bay with 360 degree windows and a glass floor looking down on the rocket factory."

Actually getting to the bar might be a little tricky, though. You'll have to "catapult high into the air & land on the roof with a base jumping parachute (the only way to travel)," according to a follow-up tweet by Musk, to get a drink.

It's not clear whether the mercurial CEO was joking.

The news also prompted widespread discussion as to what the existing restaurant's name should be. "It has to be 'the restaurant at the end of the universe,'" Ars Technica senior space editor Eric Berger offered up, referencing the title of Douglas Adams' sequel to the "Hitchhiker's Guide to the Galaxy."

Musk has repeatedly made reference of Adams' works and has called the author his "favorite philosopher" in a 2019 interview.

Teslarati reporter Simon Alvarez also posted a poll on Twitter, finding that the majority of respondents chose the name "Of Course I'm Still Hungry," a refernce to SpaceX's autonomous spaceport drone ship called Of Course I Still Love You.

Musk's own entry? "Prancing Pony," a reference to the inn where the protagonist hobbits first meet Aragorn in "The Lord of the Rings."

READ MORE: SpaceX is building a futuristic bar at its Starship factory in Texas [Teslarati]

More on SpaceX: SpaceX Wants to Catch Starship Booster With Its Own Launch Tower