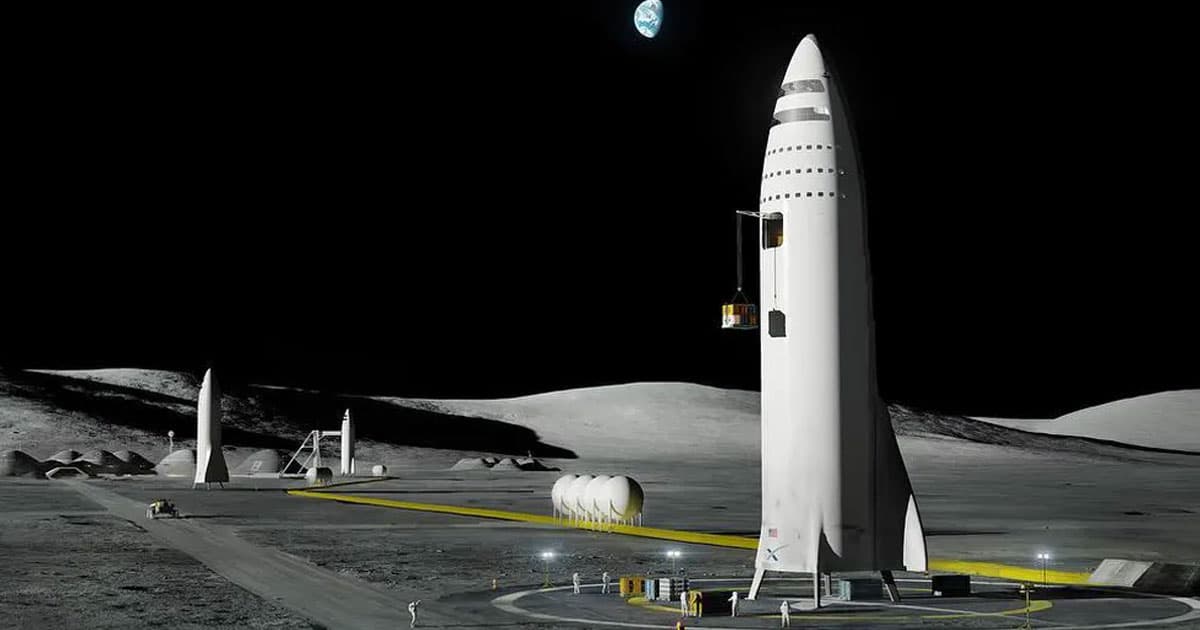 SpaceX Director Teases Moon Base Staffed by "Hundreds or Thousands"

At this year's Commercial Space Transportation conference put on by the Federal Aviation Administration (FAA) in Washington, DC, SpaceX director of civil space development Nick Cummings teased future plans of a Moon base.

The Elon Musk-led company is "excited to integrate things like habitats and rovers and supplies" with SpaceX's Starship spacecraft to create a "rich ecosystem of technologies" for an "incredible Moon base," Cummings said at the event, as quoted by CNBC space reporter Michael Sheetz.

Cumming's comments show there's plenty of enthusiasm to establish a permanent presence on the Moon — though if it ever happens, it'll likely still take many years.

The news comes after SpaceX made a big show of stacking its orbital class Starship prototype dubbed Ship 20 on top of its Super Heavy booster, a colossal 390-foot tower serving as the backdrop for a splashy presentation Musk gave last week.

While we still don't know when the company's first orbital test flight will take place, Musk has highly ambitious plans for the massive spacecraft, including sending NASA astronauts to the Moon within the next couple of years.

The same spacecraft could help transport cargo to the lunar surface as well, potentially providing the raw materials for the establishment of a permanent settlement.

At the conference, Cummings likened a Moon base to a basecamp below Mount Everest, "staffed by hundreds or thousands of scientists and explorers."

But many challenges remain, especially when it comes to affordability and making Starship a fully reusable heavy lift launch system.

Much larger picture issues are at stake as well. Cummings echoed Musk's sentiments of humanity needing to go interplanetary in order to survive.

"I think spreading out beyond Earth is going to be key to preserving humanity's future," Cummings argued at the conference, referring to the fact that spreading across the globe has already proven to be "key to our survival."