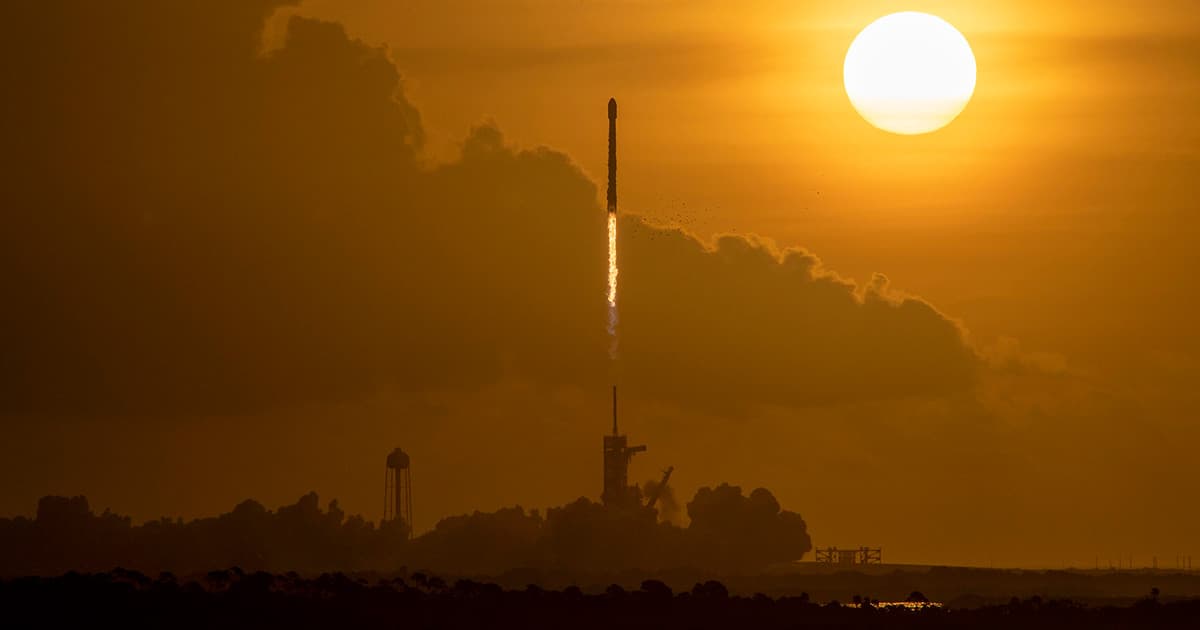 SpaceX is promising the Pentagon one-hour weapon delivery around the globe.

SpaceX is promising the Pentagon one-hour weapon delivery around the globe.

SpaceX and the Pentagon just signed a contract to jointly develop a new rocket that can launch into space and deliver up to 80 tons of cargo and weaponry anywhere in the world — in just one hour.

Tests on the rocket are expected to begin as early as next year, Business Insider reports. It's expected to shuttle weapons around the world 15 times faster than existing aircraft, like the US C-17 Globemaster.

"Think about moving the equivalent of a C-17 payload anywhere on the globe in less than an hour," General Stephen Lyons, head of US Transportation Command said at a Wednesday conference.

The new contract is further evidence that SpaceX is leaning hard into military partnerships. Earlier this week, the private space company won a contract with the military's Space Development Agency to manufacture four missile-tracking satellites.

Prior to that, the Army approached SpaceX about turning its constellation of Starlink broadband satellites into a new military navigation network, and Space Force officials let slip earlier this year that they were already working closely with SpaceX after awarding the company a contract in August, BI reports.

The new weapon delivery system resembles a militarized version of something that SpaceX CEO proposed back in 2017, when he talked about passenger space travel.

Back then, Musk proposed launching passengers into space and then quickly landing them back down closer to their destination. The new plan is highly similar, just with weapons rather than people.

READ MORE: The US military and Elon Musk are planning a 7,500 mph rocket that can deliver weapons anywhere in the world in an hour [Business Insider]

More on SpaceX: The US Military Wants Access to SpaceX's Satellite Constellation