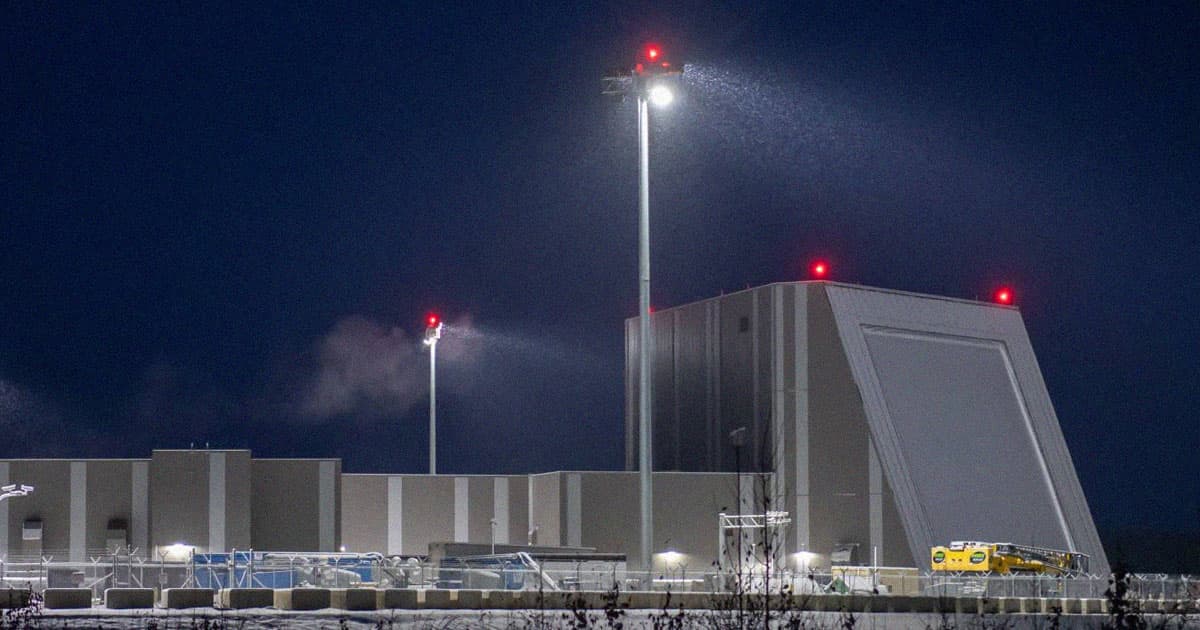 They say it'll be able to spot a *baseball* in orbit.

They say it'll be able to spot a *baseball* in orbit.

The US Space Force installed a high tech new radar system this week that it says will be able to detect objects the size of baseballs in orbit.

The massive monitoring system, dubbed the Long Range Discrimination Radar (LRDR), is located at the Clear Space Force Base near Fairbanks, Alaska, according to The Anchorage Daily News. The radar is slated to support the US missile defense system and provide reconnaissance data in space.

"Today marks an extremely important milestone for US homeland defense," US Missile Defense Agency (MDA) director Jon Hill said in a press release yesterday. "The LRDR has finished construction, and we can now begin the testing phase that will lead to the full operational use of this vital system.”

The testing phase of the LRDR system will now take at least another year, with its operational date slated for 2023.

Once operational, the radar will give the US Space Force the ability to "simultaneously search, track, and discriminate multiple small, baseball-sized objects" in orbit, according to a press release from the MDA.

"LRDR will allow Northern Command to better defend the United States from ballistic and hypersonic missile threats," Hill added in the release.

The installation of the LRDR marks a significant milestone for both the US Space Force and the burgeoning geopolitical arms race.

Early in the fall, US officials were reportedly caught off guard by a hypersonic missile test from China. Meanwhile, Russia is beginning to escalate its anti-satellite missile tests, much to the chagrin of the International Space Station crew members.

Now, with the US Space Force ramping up its own detection efforts, it’s just more evidence that underscores a clear and haunting fact: the world’s biggest powers seem to be gearing up for a conflict the likes of which has not been seen since the Cold War. Let’s just hope it stays just as bloodless.

More on the New Cold War: Space Force General Says China and Russia Are Attacking US Satellites “Every Single Day”

Okay Then
Millionaire Refurbishing Cold War Radar Unit to Hunt UFOs
7. 7. 22
Read More
CHON: Legacy
James Webb Discovers Coldest Ice in Known Universe, Harboring Molecules Essential For Life
Yesterday
Read More
Not a Scientist, Just Three Chatbots in a Trench Coat
Largest Publisher of Scientific Journals Slaps Down on Scientists Listing ChatGPT as Coauthor
Yesterday
Read More
+Social+Newsletter
TopicsAbout UsContact Us
Copyright ©, Camden Media Inc All Rights Reserved. See our User Agreement, Privacy Policy and Data Use Policy. The material on this site may not be reproduced, distributed, transmitted, cached or otherwise used, except with prior written permission of Futurism. Articles may contain affiliate links which enable us to share in the revenue of any purchases made.
Fonts by Typekit and Monotype.