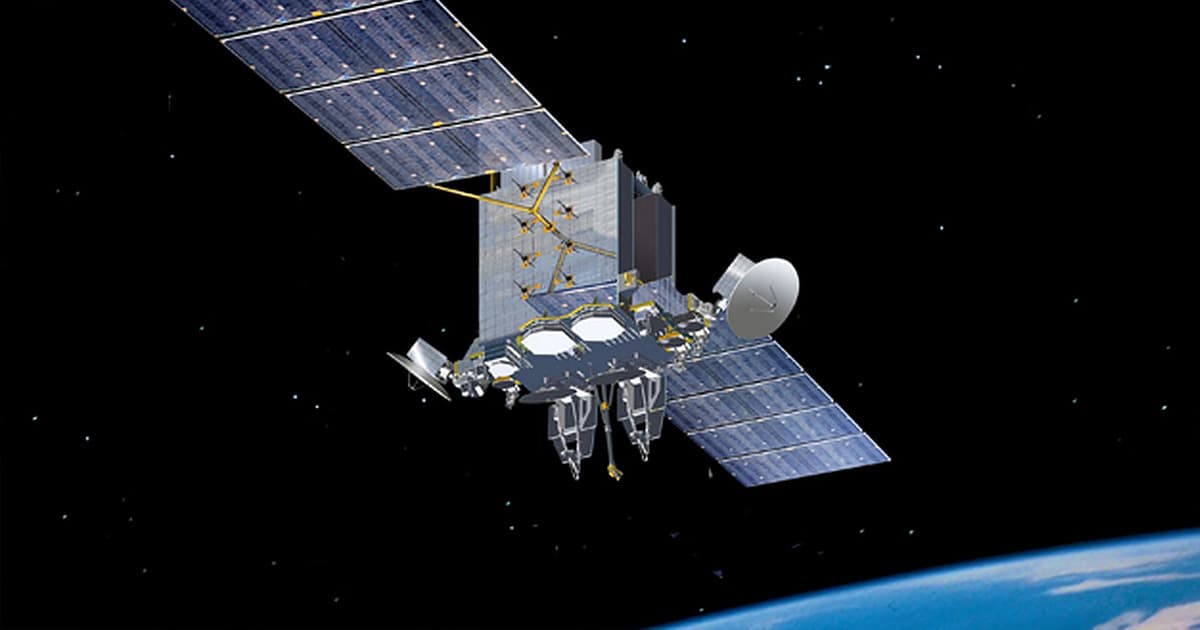 The Space Force Is Building Satellites That Resist Jamming

"We understand the mission and the threat."

"We understand the mission and the threat."

In addition to existing deals with Boeing and Northrop Grumman, the Space Force awarded a third contract to Lockheed Martin to develop a prototype for the military branch's Evolved Strategic Satellite Communications Program (ESS), according to C4ISRNET, which will serve as a new, tamper-resistant strategic communication network.

Each of the contractors is expected to deliver their prototype five years after being awarded their contract, with the first deadline being Northrop Grumman's in May 2025. C4ISRNET reports that the satellites are not only expected to offer better cybersecurity than existing networks, but also provide service to parts of the globe that earlier generations of military satellites couldn't, including both polar regions.

"This approach will award up to three contracts in FY 2020 to focus on reducing space segment risks with the objective of maximizing ESS demonstrated capability for the payload and other key technologies," reads the Space Force's 2021 budget proposal.

It's not clear what the ESS will end up looking like at this point, with three contractors vying for the contract and half a decade before prototypes are even due. But it does show that the fledgling military branch is already developing long-term plans to cement its role within the Armed Forces.

"We understand the mission and the threat, and we’re committed to providing the Space Force and our war fighters with the best protected communications solutions for the Evolved Strategic SATCOM program that will help us stay ahead of the growing threat," a Lockheed Martin spokesperson told C4ISRNET.

More on the Space Force: NASA and the US Space Force Are Officially Teaming Up

Rock 'Em Sock 'Em
The Head of US Space Command Fears China's Giant Robot Arms
5. 24. 21
Read More
Welcome to the Age of Micro Satellite Swarms
1. 15. 18
Read More
The Air Force Has Invested $26.3 Million in a High-Energy Laser for Fighter Jets
11. 9. 17
Read More
+Social+Newsletter
TopicsAbout UsContact Us
Copyright ©, Camden Media Inc All Rights Reserved. See our User Agreement, Privacy Policy and Data Use Policy. The material on this site may not be reproduced, distributed, transmitted, cached or otherwise used, except with prior written permission of Futurism. Articles may contain affiliate links which enable us to share in the revenue of any purchases made.
Fonts by Typekit and Monotype.