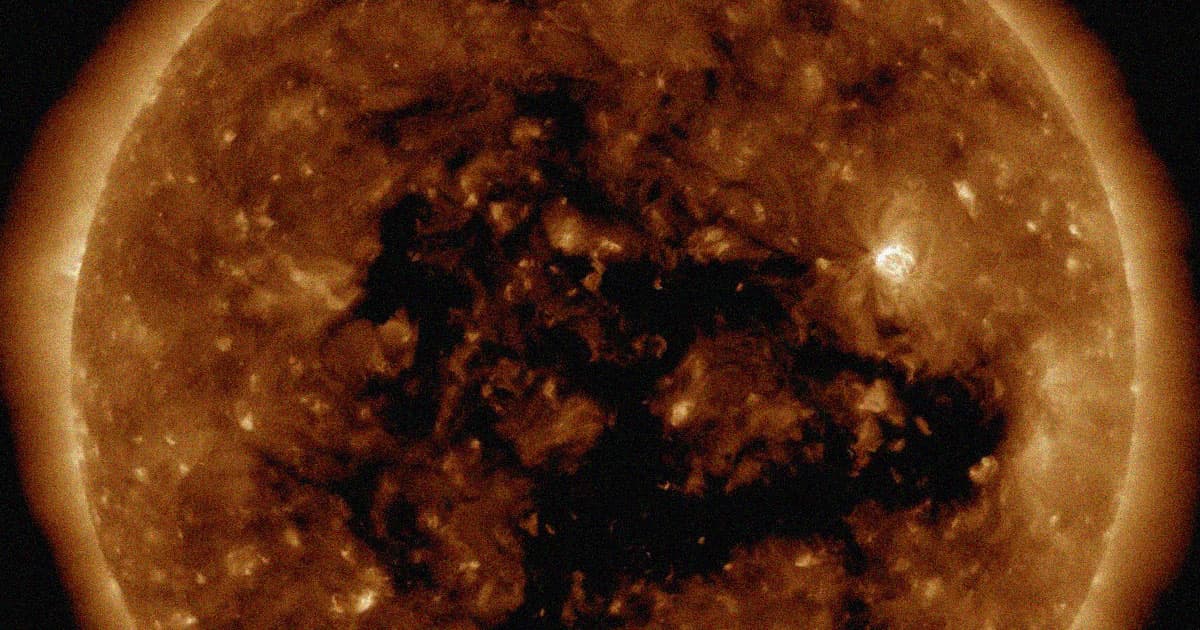 Whoever smelled it, dealt it.

Whoever smelled it, dealt it.

We don't wanna freak you out or anything — but there's about to be a massive gas ejection from the Sun's coronal hole.

But we promise, it's not as bad as it sounds.

As SpaceWeather reports, "gaseous material is [flowing] from a southern hole in the Sun's atmosphere," and it's going to hit Earth's atmosphere on August 3.

Fortunately, as gross as that sounds, these kinds of geomagnetic storms are both pretty commonplace and not a huge risk to us back on Earth.

These sorts of holes in the Sun's corona — the outermost part of its atmosphere — occur in spots when the star's gas or plasma becomes cooler and less dense, as Space.com notes.

From these holes, solar material is able to surge outward at more than a million miles per hour.

Luckily, Earth's magnetic field absorbs these solar winds with little more than a slight compression of electrons at our poles.

Generally, the worst that happens when these winds hit our magnetosphere is some interference with low-frequency GPS and radio waves and possibly some minor satellite malfunctions.

In fact, these storms can also trigger some spectacular light shows, commonly known as the Northern Lights.

This expected solar storm is no different, and as a category G1 storm, it's expected to be weak, according to Space.com.

Which means we don't need to be worrying about this particular hole as the Sun heads into its most active storm season in its 11-year-long cycle.

READ MORE: Solar storm from hole in the sun will hit Earth on Wednesday (Aug. 3) [Space.com]

Jupiter Ascending
A Wave of Incredible Heat Ripped Through Jupiter
10. 14. 22
Read More
Star War
Scientists Are Trying to Figure Out How to Kill Stars with Black Holes
11. 29. 21
Read More
Young Sun Planets
This is the First Image of a Multi-Planet System Around a Sun-Like Star
7. 22. 20
Read More
+Social+Newsletter
TopicsAbout UsContact Us
Copyright ©, Camden Media Inc All Rights Reserved. See our User Agreement, Privacy Policy and Data Use Policy. The material on this site may not be reproduced, distributed, transmitted, cached or otherwise used, except with prior written permission of Futurism. Articles may contain affiliate links which enable us to share in the revenue of any purchases made.
Fonts by Typekit and Monotype.