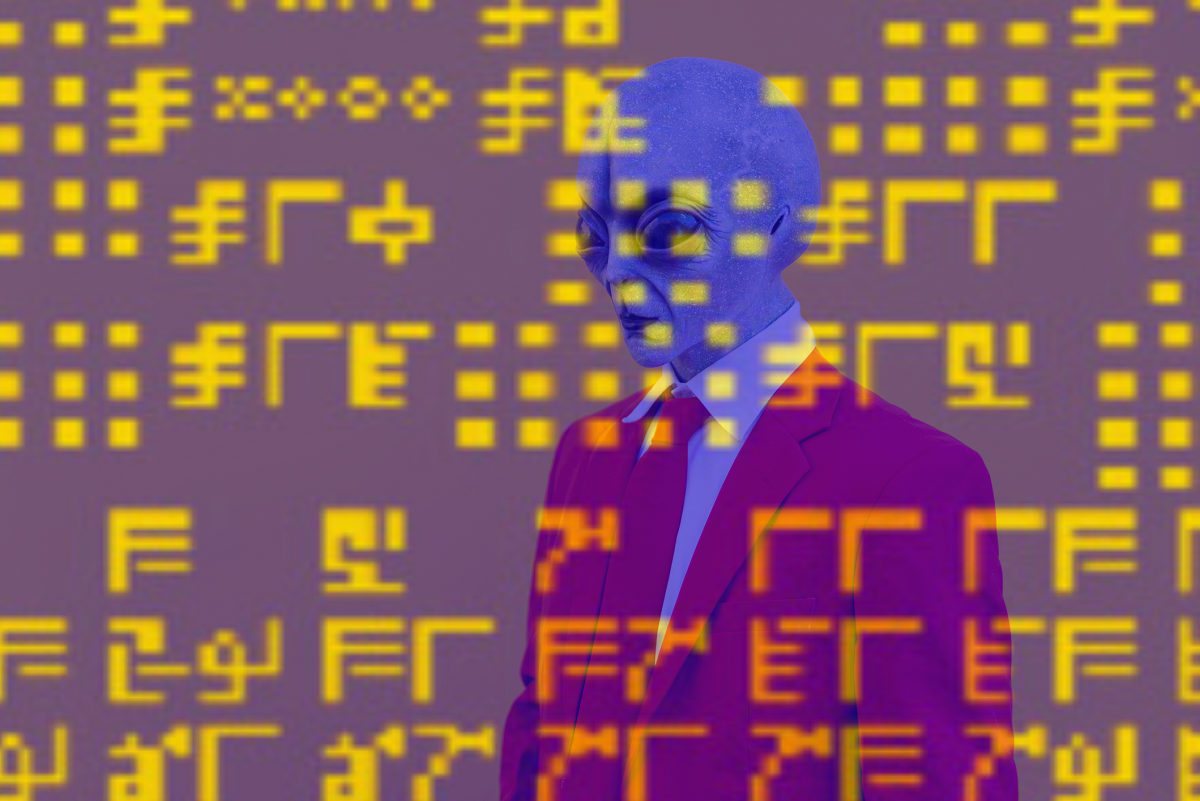 "An updated, binary-coded message has been developed for transmission to extraterrestrial intelligences..."

"An updated, binary-coded message has been developed for transmission to extraterrestrial intelligences..."

Scientists have been writing notes to aliens since 1974, but — as far as we know — they haven’t shown us much love back yet.

Still, us humans don’t quit. Now, Scientific American reports that researchers have created a new message to beam out to any intelligent life who might be out there, and provided more detail about a yet-to-be-peer-reviewed study published in early March. The message, called the Beacon in the Galaxy (BITG), was devised by NASA Jet Propulsion Laboratory scientist Jonathan Jiang and colleagues.

“An updated, binary-coded message has been developed for transmission to extraterrestrial intelligences in the Milky Way galaxy,” study authors wrote. “The proposed message includes basic mathematical and physical concepts to establish a universal means of communication.”

It also includes a cute little graphic of two human beings, complete with an anatomy lesson as well as details on DNA, the periodic table and an invitation to respond.

If you had the opportunity to chat with an alien, what would say? Would you try to befriend them or hide in fear? Turns out scientists ponder those same questions, too, according to Sheri Wells-Jensen, associate professor at Bowling Green State University and an expert on interstellar messages. It can be hard to agree on what to send out to alien life forms.

“I don’t live in fear of an invading horde, but other people do,” Wells-Jenson told SciAm about intergalactic communication. “And just because I don’t share their fear doesn’t make their concerns irrelevant. It is our responsibility to struggle with this and include as many people as possible.”

It might seem far fetched to expect any kind of response, let alone prepare for alien invasion, but we have detected radio signals from deep space in the past that raised suspicions, at least initially, that they could be sent by an intelligent civilization. Some scientists have even speculated that aliens could communicate with starlight alone.

It’s impossible to say how any given life form might react to any of Earth’s messages, but let’s hope they take that invitation to respond as a call for communication, not a direct visit.

More on life off Earth: Scientists Find Life-Friendly Exoplanet They Say Is Close Enough to Visit

Space Lumps
Scientists Say We May Be Extremely Wrong About the Universe
Apr 28
Read More
Into Darkness
Inside NASA’s Bold Proposal to Probe the Mysteries of Dark Matter
Mar 11
Read More
Martian Ammonia
NASA Rover Detects Organic Molecules on the Surface of Mars
11. 2. 21
Read More
+Social+Newsletter
TopicsAbout UsContact Us
Copyright ©, Camden Media Inc All Rights Reserved. See our User Agreement, Privacy Policy and Data Use Policy. The material on this site may not be reproduced, distributed, transmitted, cached or otherwise used, except with prior written permission of Futurism. Fonts by Typekit and Monotype.