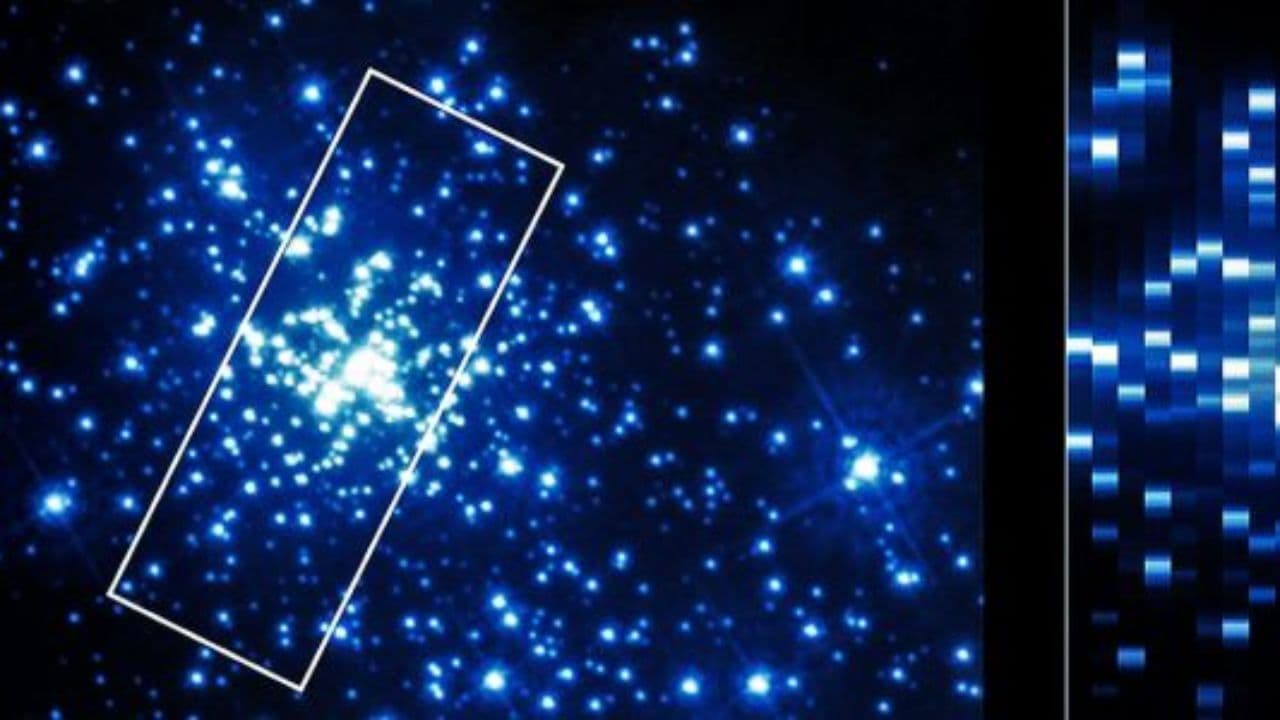 Scientist Claims That Aliens May Be Communicating via Starlight

When we gaze up at the night sky, we might be accidentally eavesdropping on an alien conversation.

At least, that's according to Imperial College London quantum physicist Terry Rudolph, who last week published preprint research theorizing that an advanced extraterrestrial civilization might alter the light coming off stars in order to communicate across great distance, almost like a series of interstellar smoke signals.

The physics of the ordeal get a bit dense — which is probably reasonable if aliens are rapidly communicating across star systems — but the basic idea is to use entangled photons from different stars to transmit messages that appear to be random twinkling to any nosy onlookers.

The idea, Rudolph notes, is technically possible as far as the physics are concerned, but pure speculation when it comes to any discussion of alien technology. But as he writes in the paper, any entangled communication among stars "can be rendered in principle indiscernible to those of us excluded from the conversation."

So if there were a mega-advanced civilization out there colonizing the Milky Way galaxy, communication along the lines of what Rudolph has proposed could explain why we haven't found any evidence of life beyond Earth.

In an eyebrow-raising conclusion, Rudolph ends his paper by saying that we as a species shouldn't feel too bad for failing to develop an interstellar entanglement communication network ourselves. It's possible that whatever aliens may be out there simply evolved to exploit quantum physics differently.

"Entanglement, in our experience, only manifests itself when the cleverest of our species capture and protect it appropriately in controlled and delicate experiments," Rudolph wrote. "However, once one comprehends how incredibly robust, pervasive, and useful photonic entanglement is the question is flipped — why is it that we did not evolve to make use of it? Why is it that this entanglement did not help us in finding mates or bananas?"

More on aliens: The Long-Awaited UFO Report Was Honestly Kind of Disappointing

Whack-an-Alien
Chinese Scientists Say They May Have Detected Signal From Extraterrestrial Intelligence, But Probably Not
6. 14. 22
Read More
Space Lumps
Scientists Say We May Be Extremely Wrong About the Universe
4. 28. 22
Read More
Heady Stuff
Experiment Suggests That Consciousness May Be Rooted in Quantum Physics
4. 19. 22
Read More
+Social+Newsletter
TopicsAbout UsContact Us
Copyright ©, Camden Media Inc All Rights Reserved. See our User Agreement, Privacy Policy and Data Use Policy. The material on this site may not be reproduced, distributed, transmitted, cached or otherwise used, except with prior written permission of Futurism. Articles may contain affiliate links which enable us to share in the revenue of any purchases made.
Fonts by Typekit and Monotype.