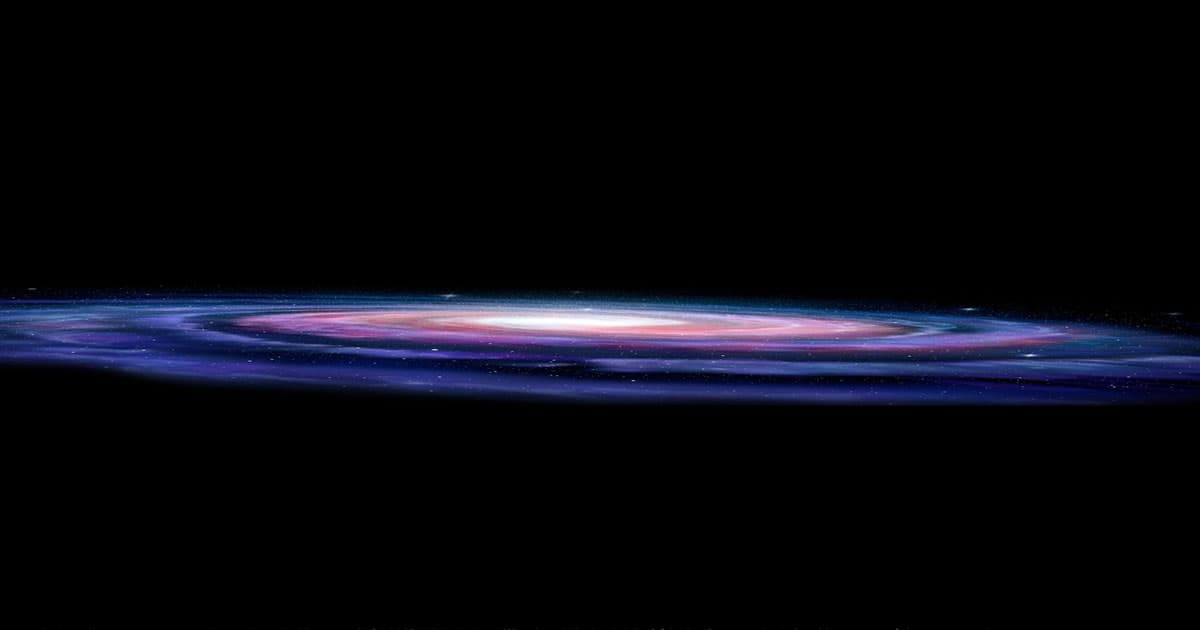 Scientists: Magnetic Fields May Have Crushed Our Entire Galaxy

In the earliest days of the universe, when the Milky Way galaxy was a cosmic baby, powerful magnetic fields may have seriously stunted its growth.

At least, that's according to new simulations out of the University of Cambridge that suggest our galaxy would be significantly larger today, had it not been for the unfathomably powerful, primordial magnetic fields that helped shape the universe, New Scientist reports. It's a bizarre bit of research, but one that could help explain how galaxies arrived at their current forms.

In simulations of a Milky Way-like galaxy, the team of astrophysicists removed the effects of the magnetic fields and watched the galaxy grow an extra 45 percent in volume, according to research shared in the preprint server ArXiv last week.

"It's a very important parameter that is often overlooked because it is so hard to understand theoretically," Cambridge researcher Sergio Martin-Alvarez told New Scientist. "But it could change potentially everything we know about the early stages of the universe to even modern day."

These magnetic fields could also explain how supermassive black holes were able to form in the center of galaxies, like the black hole Sagittarius A* at the core of the Milky Way. Basically, crushing galaxies inward would have given the nascent black holes tons of fodder.

"If a galaxy is concentrated at its center," Martin-Alvarez told New Scientist, "you have more material to feed into a black hole, and so you can grow its mass very quickly."

READ MORE: The Milky Way may have been shrunk down by ancient magnetic fields [New Scientist]

Hubble Tension
Most Precise Measurements of the Universe Suggest That Something Is Very Wrong
10. 20. 22
Read More
The Last Strand
Scientists Puzzled by Weird "Strands" at the Center of Our Galaxy
1. 26. 22
Read More
Star War
Scientists Are Trying to Figure Out How to Kill Stars with Black Holes
11. 29. 21
Read More
+Social+Newsletter
TopicsAbout UsContact Us
Copyright ©, Camden Media Inc All Rights Reserved. See our User Agreement, Privacy Policy and Data Use Policy. The material on this site may not be reproduced, distributed, transmitted, cached or otherwise used, except with prior written permission of Futurism. Articles may contain affiliate links which enable us to share in the revenue of any purchases made.
Fonts by Typekit and Monotype.