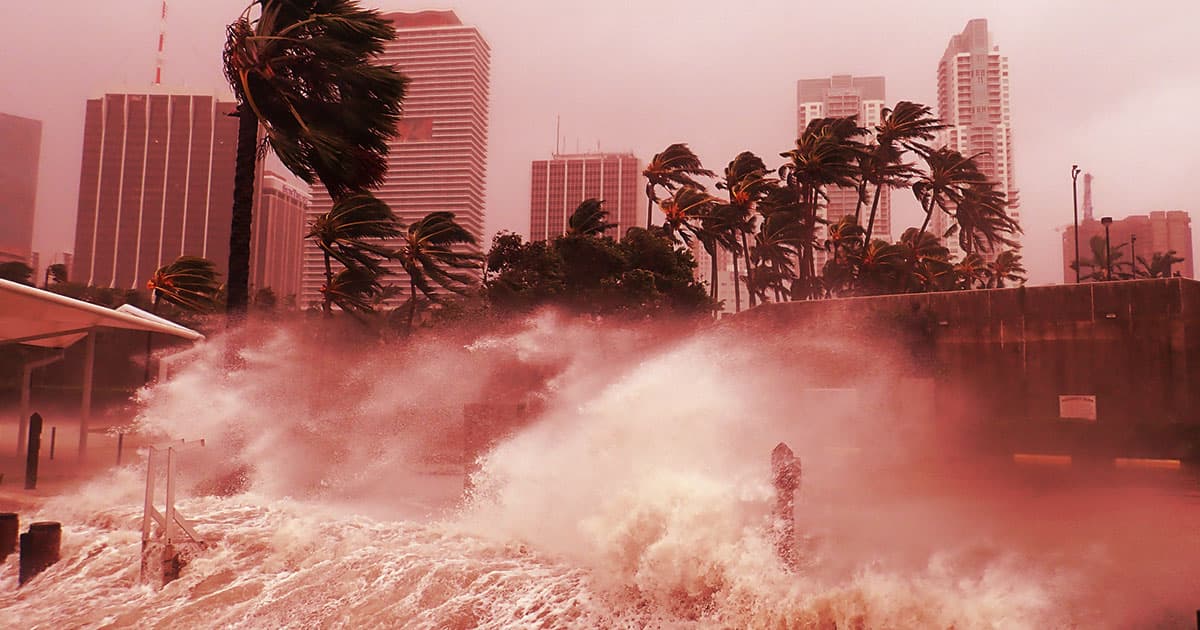 "The tide is coming in and eventually it's not going to go back out."

"The tide is coming in and eventually it's not going to go back out."

If you're planning a trip to Miami or the Florida Keys, you may want to book tickets sooner rather than later. Experts are warning that if climate change continues unchecked, most of Florida's southern coast will be underwater in just a few decades.

"The tide is coming in and eventually it's not going to go back out," Harold Wanless, a University of Miami geologist and professor of geography and sustainable development, told CBS News. Menacing!

"Climate change is real," he continued. "This isn't something that might happen."

Between fires, floods, and — oh yeah — doomsday glaciers, this summer season has made the threat of climate change all the more clear. And while folks everywhere are feeling the deadly effects, the US' southern coasts face the particular threat of being swallowed by the ocean.

Speaking of doomsday glaciers, by the way, Wanless explained to CBS that those melting oceanic ice mountains are a major part of South Florida's issue.

"The problem is, sea level is rising at an accelerating rate now because of ice melting in Greenland and Antarctica," the geologist added. "So for now what is just a high tide — a rare high tide... is going to become a frequent high tide."

Of course, those glaciers didn't just decided to melt on their own. Glacier melt — and so, sea level rise — is the result of our warming oceans, which in turn have been wrought by the overproduction of manmade greenhouse gases.

"Over 90 percent of the extra heat we've created," Wanless told the outlet, "is transferred to the ocean."

As far as scale? According to Wanless, nearly 60 percent of Miami-Dade county will be underwater by 2060. That's a lot of land, not to mention homes, businesses, and habitats.

This CBS report comes on the heels of another, and equally troubling, land loss analysis by research nonprofit Climate Central. Based on current emissions levels, it found that by 2050, the US will have lost roughly 4.4 million acres of land and 650,000 individual properties to sea level rise by 2050.

In sum? Not good. As it's always worth noting, we do still have time to mitigate at least some of the climate crises that humankind is currently barreling toward. But that's only if we actually... well, act. Kylie, next time you go to Miami, maybe just fly first class?

More on sea level rise: Hundreds of Thousands of American Homes Will Be Swallowed by the Sea, Scientists Say