The Doomsday Glacier Is Hanging on "By Its Fingernails," Scientists Say

This is really bad news, folks. 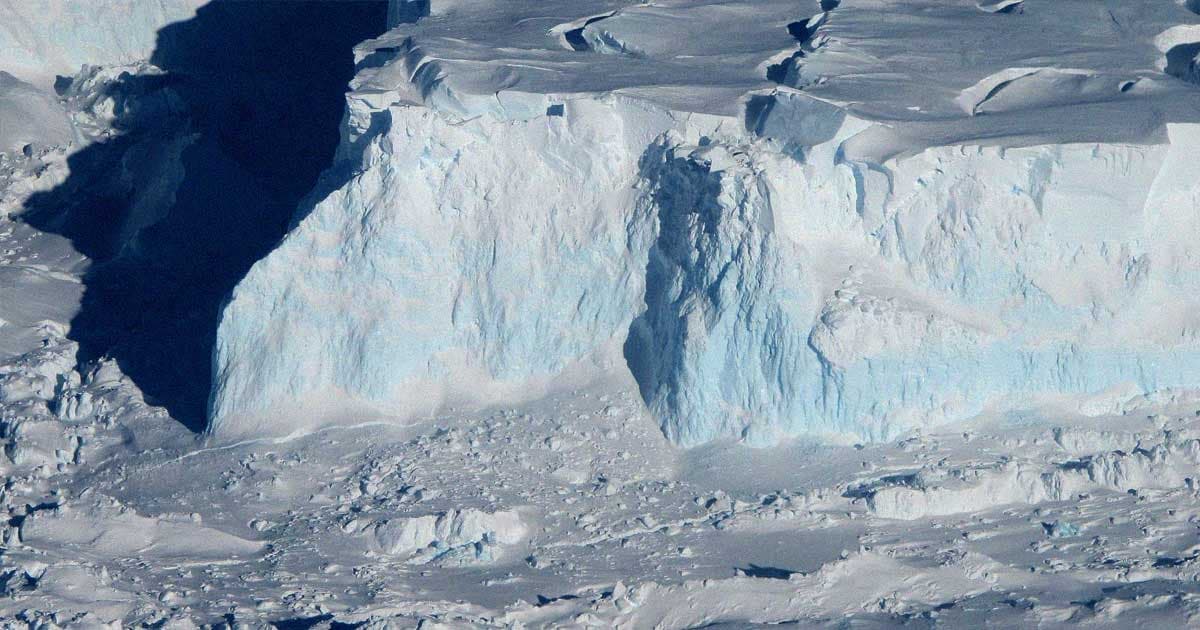 The arctic "doomsday glacier," which some scientists believe could substantially increase sea levels, may soon start collapsing even faster than expected — and if that happens, all hell may break loose.

A new study published in the journal Nature Geoscience has found that Antarctica's Florida-sized Thwaites glacier, which has been in a steady "collapse" pattern as it melts into the sea, could soon be entering what the University of South Florida-based research team characterized as a "very rapid" retreat.

That's bad news because, as previous studies have suggested, the "doomsday" glacier could break off from Antartica within the next decade and cause sea levels to rise so much that it would drastically affect the world's huge coastal population.

"The potential impact of Thwaites’ retreat is spine-chilling," a USF press release reads, adding that such a retreat could lead to "a total loss of the glacier and surrounding icy basins could raise sea level from three to ten feet."

Robert Larter, a marine geophysicist from the British Antarctic Survey and the study's co-author, had similarly bad news about the "doomsday" glacier's current status.

"Thwaites is really holding on today by its fingernails," he said in the press release, "and we should expect to see big changes over small timescales in the future — even from one year to the next — once the glacier retreats beyond a shallow ridge in its bed."

The way scientists came to this conclusion was, as the press release notes, "as risky as it was serendipitous."

Over the weekend i had the chance to see the sea trials of "Ran" @a_wahlin Hugin AUV, this was the first ever AUV under Thwaites’ ice shelf. It's great to see it undergoing upgrades ready for it's next under ice mission #oceanrobots pic.twitter.com/eB5R9J0HmF

What they found was groundbreaking and beautiful — but also terrifying.

The international team of researchers discovered more than 160 parallel ridges that act as a sort of "footprint" to show how the leading edge of Thwaites "retreated and bobbed up and down with the daily tides" in the past.

The scientists' analysis of these ridges led them to believe that even though the glacier has seen a lot of retreat in the past century, it experienced much greater changes in the past — which could mean that it could have similarly-dramatic retreats in its near future.

According to USF's Alastair Graham, this pioneering study dispels previous concepts of ice sheets moving sluggishly. Per the new research, the ice has actually moved much more frequently and in much more dramatic ways than previously thought.

That won't be good news, the researchers noted, as it continues to retreat.

"Just a small kick to Thwaites could lead to a big response," Graham said.

And if that past is any indication, that "big response" could mean big trouble for us humans.

READ MORE: Faster in the Past: New seafloor images – the highest resolution of any taken off the West Antarctic Ice Sheet – upend understanding of Thwaites Glacier retreat [University of South Florida]

Read This Next
Dry Dock
The Top 13 Wildest Objects That Terrible Droughts Have Revealed
Harambe 2.0
Freya the Boat-Climbing Walrus Euthanized Because of Stupid Humans
Disease Dilemma
Study: Climate Change Making More Than Half of Infectious Diseases Far Worse
Crimate
Kardashian Slammed for 17-Minute Private Jet Flight to Beat Traffic
Back Online
Japan May Need Nine Nuclear Reactors Turned On to Get Through Winter
More on Earth & Energy
Arrested Development
5:49 PM on the byte
Climate Activist Conducts Interview While Being Carried Away by Police
Big Ship Big Sails
Yesterday on the byte
Supertanker Becomes Vastly More Efficient by Adding Small Sails
Rock Party
Yesterday on the byte
Scientists Say All Land on Earth Is Smashing Together Into a New Supercontinent
READ MORE STORIES ABOUT / Earth & Energy
Keep up.
Subscribe to our daily newsletter to keep in touch with the subjects shaping our future.
+Social+Newsletter
TopicsAbout UsContact Us
Copyright ©, Camden Media Inc All Rights Reserved. See our User Agreement, Privacy Policy and Data Use Policy. The material on this site may not be reproduced, distributed, transmitted, cached or otherwise used, except with prior written permission of Futurism. Articles may contain affiliate links which enable us to share in the revenue of any purchases made.
Fonts by Typekit and Monotype.