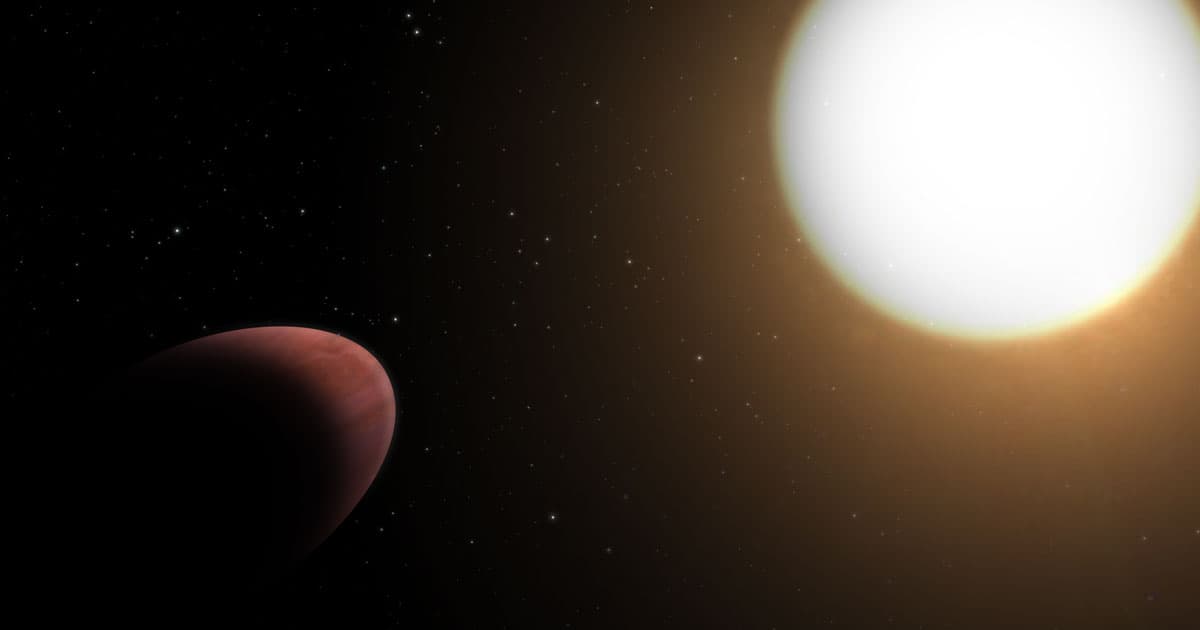 The Shape of Things

Scientists Just Discovered a Planet That's Not a Sphere

Turns out not all planets are nice and spherical like Earth.

The European Space Agency (ESA) says it's found a planet shaped like a rugby ball in the constellation Hercules, according to a blog post from the agency. Dubbed WASP-103b, the planet appears to be deformed due to enormous tidal forces caused by its host star.

Much like how the Moon’s gravity pulls on Earth, WASP-103b’s host star is so close to the planet that it exerts a staggering tidal force. This has resulted in the planet taking on a rugby ball shape — and, tantalizingly, it's the first time such a deformity has been detected in an exoplanet.

The discovery was made by the ESA’s CHEOPS space telescope, and built off data gathered by the Hubble Telescope and NASA’s Spitzer Space Telescope.

Specifically, CHEOPS was able to detect very specific light signatures made by the planet as it transited its host star. Using this data, astronomers were able to suss out its exact tidal deformation.

"It’s incredible that CHEOPS was actually able to reveal this tiny deformation," Jacques Laskar, researcher director at the French National Center for Scientific Research and co-author of a paper about the discovery in the journal Astronomy & Astrophysics, said in the blog post.

"This is the first time such analysis has been made, and we can hope that observing over a longer time interval will strengthen this observation and lead to better knowledge of the planet’s internal structure," he added.

The researchers now hope that future observations by the newly-launched James Webb Space Telescope will uncover more insights about the exact nature of the strange planet's deformation — along with the rest of the universe.