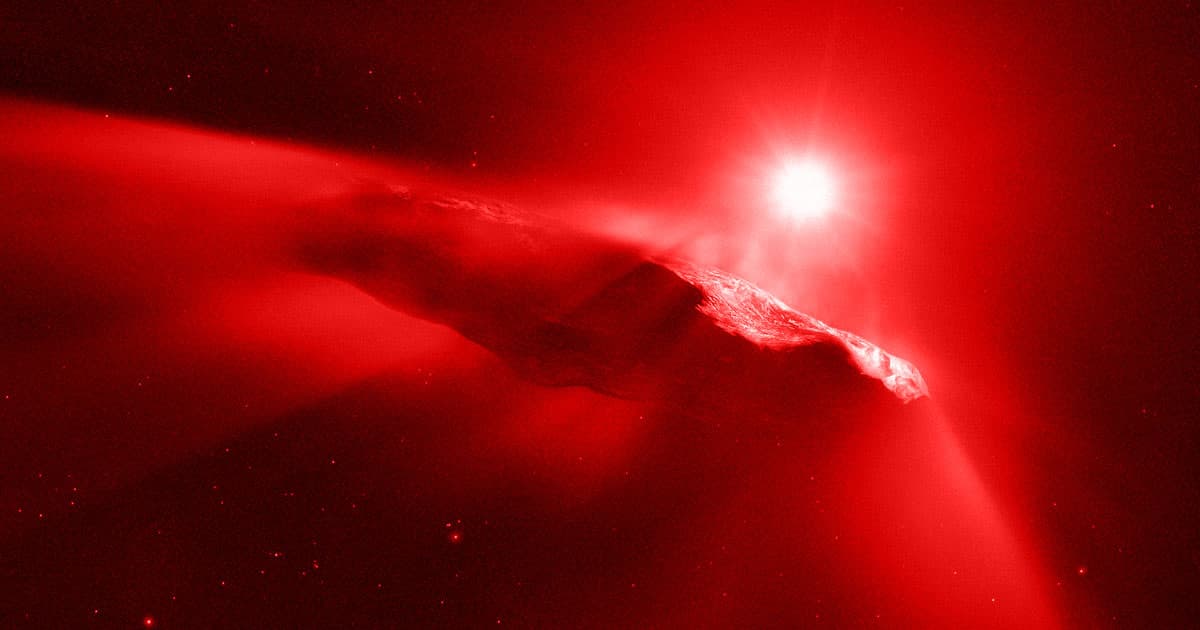 "Or we’ll discover multiple dead civilizations — that is, we’ll find their remains."

"Or we’ll discover multiple dead civilizations — that is, we’ll find their remains."

In 2017, astronomers spotted the interstellar object they later dubbed 'Oumuamua. Last month, they found another.

And in a provocative new paper, researchers predict that's just the tip of the iceberg. Soon, they say, new equipment could help spot hundreds more every year — revelatory observations that could teach us about the composition of other star systems.

The game changer, according to a pair of Yale University researchers who will soon publish their work in The Astrophysical Journal Letters, will be the Large Synoptic Survey Telescope, an orbital observatory scheduled to go online in 2023.

"There should be a lot of this material floating around," said Malena Rice, one of the researchers behind the study, in a press release. "So much more data will be coming out soon, thanks to new telescopes coming online. We won’t have to speculate."

Sure, interstellar objects might just be rocks and comets. But some have also suggested that they could be alien probes or derelict spacecraft, drifting through the galaxy.

Influential Harvard astronomer Avi Loeb, for instance, raised eyebrows when he argued that 'Oumuamua — that's the interstellar object spotted back in 2017 — might be an alien spacecraft.

“As soon as we leave the solar system, I believe we will see a great deal of traffic out there," he told the Israeli newspaper Haaretz earlier this year. "Possibly we’ll get a message that says, ‘Welcome to the interstellar club.’ Or we’ll discover multiple dead civilizations — that is, we’ll find their remains.”

More on interstellar objects: Here's a Pic of That Mysterious Object From Beyond Solar System

Hubble Tension
Most Precise Measurements of the Universe Suggest That Something Is Very Wrong
10. 20. 22
Read More
But What About Aliens?
Scientists: 'Oumuamua Was Likely a Chunk of a Pluto-Like Planet
3. 17. 21
Read More
Loeb Love
Harvard Astronomer Argues That Aliens Visited Us in 2017
1. 5. 21
Read More
+Social+Newsletter
TopicsAbout UsContact Us
Copyright ©, Camden Media Inc All Rights Reserved. See our User Agreement, Privacy Policy and Data Use Policy. The material on this site may not be reproduced, distributed, transmitted, cached or otherwise used, except with prior written permission of Futurism. Articles may contain affiliate links which enable us to share in the revenue of any purchases made.
Fonts by Typekit and Monotype.