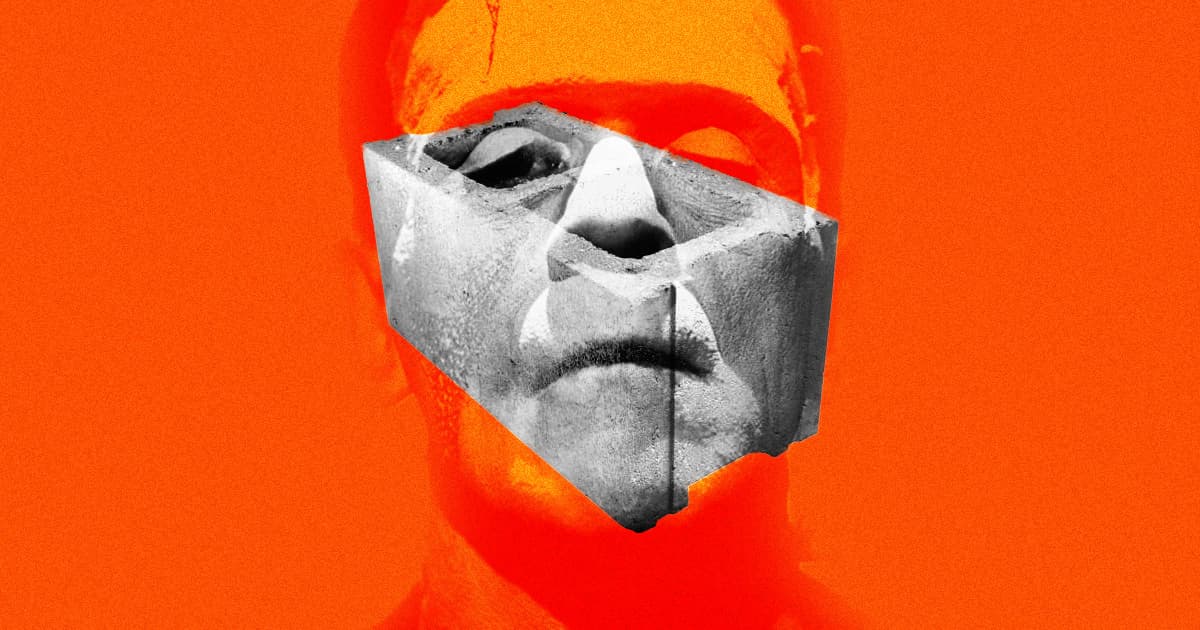 Scientists Create "Living Concrete" That Can Heal Itself

Scientists at the University of Colorado, Boulder have created what The New York Times calls a "living concrete," teeming with photosynthetic bacteria, that can grow itself and regenerate itself — much like a living organism.

The concrete is a mixture of gelatin, sand, and cyanobacteria that cools similarly to Jell-O, the Times reports. The resulting structure was able to regenerate itself three times after researchers cut it apart, suggesting a potential breakthrough in the nascent field of self-assembling materials.

The living concrete, which the Colorado scientists made in partnership with DARPA, starts out as a sickly green color that fades as the bacteria dies off, according to research published Wednesday in the journal Matter.

"It really does look like a Frankenstein material," UC Boulder engineer and project leader Will Srubar told the NYT.

Even as the color fades, the bacteria survive for several weeks and can be rejuvenated — resulting in further growth­ — under the right conditions.

DARPA is particularly interested in a self-growing material that it can use to assemble structures in remote desert areas, or potentially even in space, according to the NYT.

If the living concrete can scale up to that level, it could reduce the amount — and weight — of materials that space agencies will need to launch.

"There's no way we’re going to carry building materials to space," Srubar told the NYT. "We'll bring biology with us."

From Our Partners
Covira Surgical Might Have Solved a Major U.S. Healthcare Problem
12. 2. 21
Read More
From Our Partners
Enjoy Pre-Black Friday Savings On This Sterilizing Robot That Kills Viruses and Germs
11. 22. 21
Read More
Wash Your Hands
CDC Warns of Outbreak of Deadly Bacteria
7. 3. 21
Read More
+Social+Newsletter
TopicsAbout UsContact Us
Copyright ©, Camden Media Inc All Rights Reserved. See our User Agreement, Privacy Policy and Data Use Policy. The material on this site may not be reproduced, distributed, transmitted, cached or otherwise used, except with prior written permission of Futurism. Fonts by Typekit and Monotype.