This "wonder material" is only one atom thick. 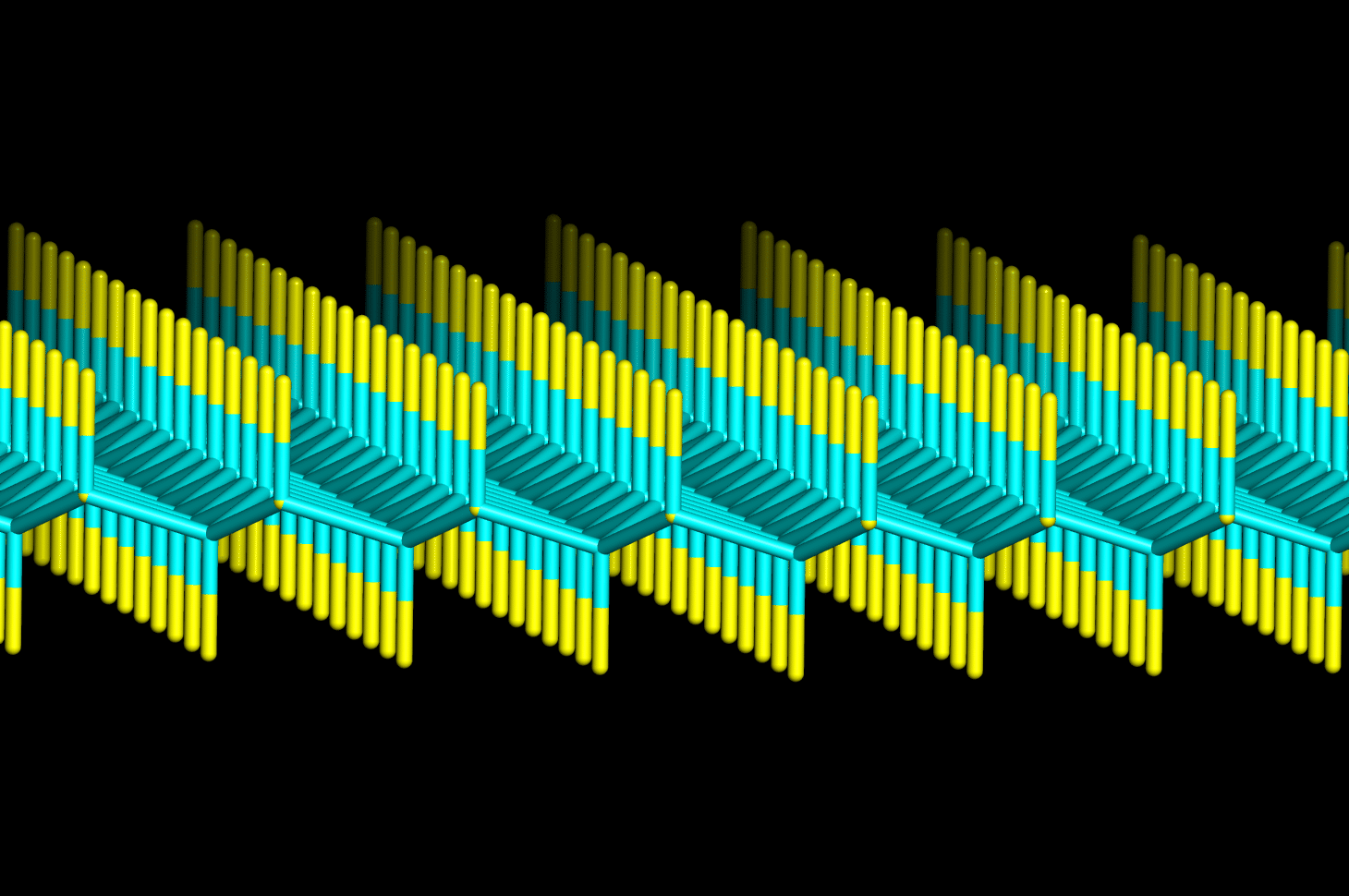 Image by Rendered by Krapnik/Wikimedia

Graphene is the "wonder material" that was supposed to transform our world. Isolated in 2004, it's a one-atom thick, transparent layer of carbon, and it's the first two-dimensional crystal ever known. Despite its remarkably small size, it's also the strongest material known to exist: it’s harder than diamond and around 200 times stronger than steel, yet it is unbelievably flexible.

Initially, it was touted as a near-magical solution to cracked screens and phone charging—it was theorized that it could, one day, make screens unbreakable and phones capable of charging in seconds. But graphene fell out of hype due to its extreme cost of production and the difficulties associated with producing it.

Now, however, a scientific breakthrough, which posits an easy and cheap solution to producing graphene at a large scale, has brought the material back to vogue—and its limitless possibilities. Below are just five of them.

Graphene could revolutionize wireless upload speeds in the near future. In 2013, researchers at Georgia Tech devised blueprints for a wireless antenna made from graphene, and it was capable of terabit-per-second transfer speeds. Aside from making massive wireless data transfers between devices possible, graphene could also speed up connections on the micro-level, allowing quicker connections between tiny components on computer chips. This could one day facilitate quantum computing.

In 2015, Canadian-based company Graphene Lighting developed a light bulb containing filament-shaped LED coated graphene to help the bulb conduct heat and electricity more efficiently than a traditional LED lightbulb. The bulb was developed at Manchester University, where graphene was discovered, and represents the first commercial application of the famous allotrope.

At the University of California, Berkley, a team of researchers created the very first pair of headphones based on the use of graphene. According to the researchers, graphene in its raw state was capable of reproducing a frequency response similar to a pair of commercial Sennheiser headphones. While normal headphones feature diaphragms that must be tamped down in order to remain in tact, the durability and lightness of graphene made it capable of producing sound without tearing itself apart.

Researchers at MIT published an article about a filter made of graphene capable of desalinizing water by creating nanometer-scale pores just wide enough to allow water molecules to pass through the membrane while blocking salt, effectively making salt water safe for human consumption. The filter also provides a cheaper and easier way to desalinize at a time when much of the Earth's population is facing increasing shortages of fresh water.

Just this year, haute-couture-meets-tech company Cute Circuit—responsible for dressing stars from Katy Perry to Nicole Scherzinger in future-forward clothing—created the first graphene dress. This new and unexpected sartorial application of graphene was revealed in Manchester in January, where researchers displayed its ability to translate the wearer's heartbeat and breathing rhythms into a serious of colorful LED patterns across the dress. Researchers from the University of Texas at Austin have also developed an electronic graphene-based tattoo. Although this application appears more frivolous, it has big implications for the future of wearable tech and health monitoring.

Read This Next
Layer Up
Stacking Graphene Creates Entirely New Quantum States
Futurism
Graphene Could Be the Superconductor Scientists Always Dreamed Of
Futurism
A Film Made of Graphene Makes Filtering Dirty Water Easier Than Ever
Futurism
Scientists Use Graphene to Create Edible Electronics
Futurism
Soon You'll be Able to Dance, Clap, and Tap to Charge Your Devices
More on Hard Science
Warped Tour
Thursday on futurism
Professor Believes Door to Warp Drive May Lie With Ethylene Glycol
Sky Bursts
Thursday on the byte
Astronomers Intrigued by 25 Mysterious Repeating Radio Signals From Deep Space
Tractor Beam
Jan 26 on the byte
Scientists Build Working Tractor Beam, Although It's Comically Tiny
READ MORE STORIES ABOUT / Hard Science
Keep up.
Subscribe to our daily newsletter to keep in touch with the subjects shaping our future.
+Social+Newsletter
TopicsAbout UsContact Us
Copyright ©, Camden Media Inc All Rights Reserved. See our User Agreement, Privacy Policy and Data Use Policy. The material on this site may not be reproduced, distributed, transmitted, cached or otherwise used, except with prior written permission of Futurism. Articles may contain affiliate links which enable us to share in the revenue of any purchases made.
Fonts by Typekit and Monotype.