844 million people don’t have access to clean water. This method, when perfected outside the lab, could help. 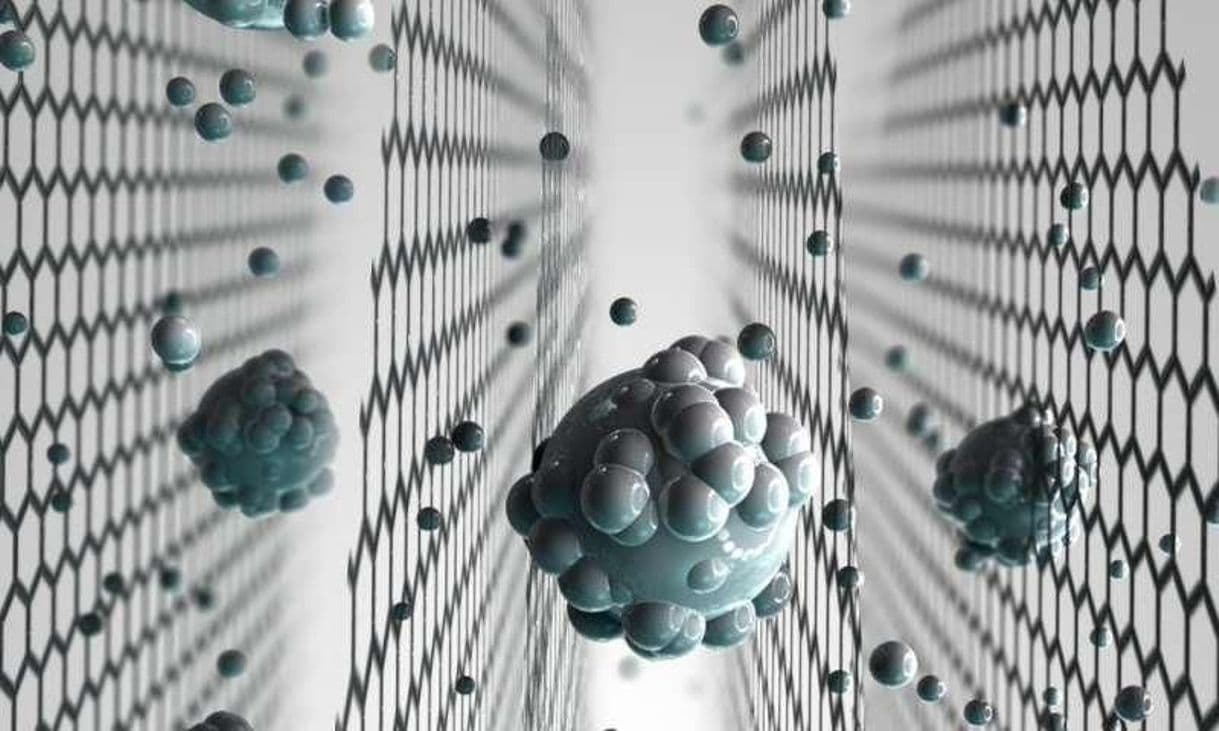 Image by The University of Manchester

A team of researchers led by Rahul Nair of the University of Manchester have invented a graphene oxide membrane that can sieve salt from seawater, producing potable water.

Graphene has been tipped as a promising material for this kind of purpose for some time, but previous attempts have failed because graphene oxide membranes swell up when submerged. This allows salt particles to flow through, impeding its ability to properly filter the liquid.

However, Nair and his team counteracted this problem by building walls of epoxy resin on both sides of the membrane. This offered them close control over the size of the membrane's pores, which could be made small enough to sieve all the varieties of salt that tend to be present in seawater.

"Water molecules can go through individually, but sodium chloride cannot. It always needs the help of the water molecules," said Nair in an interview with the BBC. "The size of the shell of water around the salt is larger than the channel size, so it cannot go through."

Data from a 2017 report by the WHO/UNICEF Joint Monitoring Programme indicates that 844 million people don't have access to clean water. The graphene oxide sieve could help provide a cheap, quick, and effective way to filter seawater.

Single-layer graphene is notoriously difficult to mass produce, but since this project uses graphene oxide, the end result should be relatively inexpensive and easy to manufacture.

"The ultimate goal is to create a filtration device that will produce potable water from seawater or wastewater with minimal energy input," said Nair.

However, at the moment the concept has only been demonstrated in a lab setting. Additional research is needed to make it a viable real-world option.

Scientists all over the world are hard at work searching for and developing better ways to produce clean drinking water, ranging from large-scale implementations of conventional desalination techniques to innovative machines that can turn urine into potable liquid.

With sea levels on the rise, and millions of people in dire need of drinking water, devising a method for making seawater drinkable could prove to be an efficient, cost-effective method.

Read This Next
Brands We Love
This Simple Home Water Test Tells You Exactly What's in Your Drinking Water
Brands We Love
This Specially Formulated Mix Helps Prevent Dehydration Better Than Water Alone
Brands We Love
If You're Thirsty, You're Already Dehydrated. But This Rapid Hydration Mix Can Help.
Brands We Love
Hydrant is a Rapid Hydration Mix That Helps Stop Dehydration Before it Hits
Layer Up
Stacking Graphene Creates Entirely New Quantum States
More on Hard Science
Tractor Beam
Thursday on the byte
Scientists Build Working Tractor Beam, Although It's Comically Tiny
Having a Blast
Jan 18 on the byte
New Study Shows Where You Should Hide to Survive a Nuclear Attack
Offworld Amino
Jan 15 on the byte
Scientists Find Building Blocks of Life in Meteor That Smashed Into Family's Driveway
READ MORE STORIES ABOUT / Hard Science
Keep up.
Subscribe to our daily newsletter to keep in touch with the subjects shaping our future.
+Social+Newsletter
TopicsAbout UsContact Us
Copyright ©, Camden Media Inc All Rights Reserved. See our User Agreement, Privacy Policy and Data Use Policy. The material on this site may not be reproduced, distributed, transmitted, cached or otherwise used, except with prior written permission of Futurism. Articles may contain affiliate links which enable us to share in the revenue of any purchases made.
Fonts by Typekit and Monotype.