The technique works on potatoes, toast, and even coconuts. 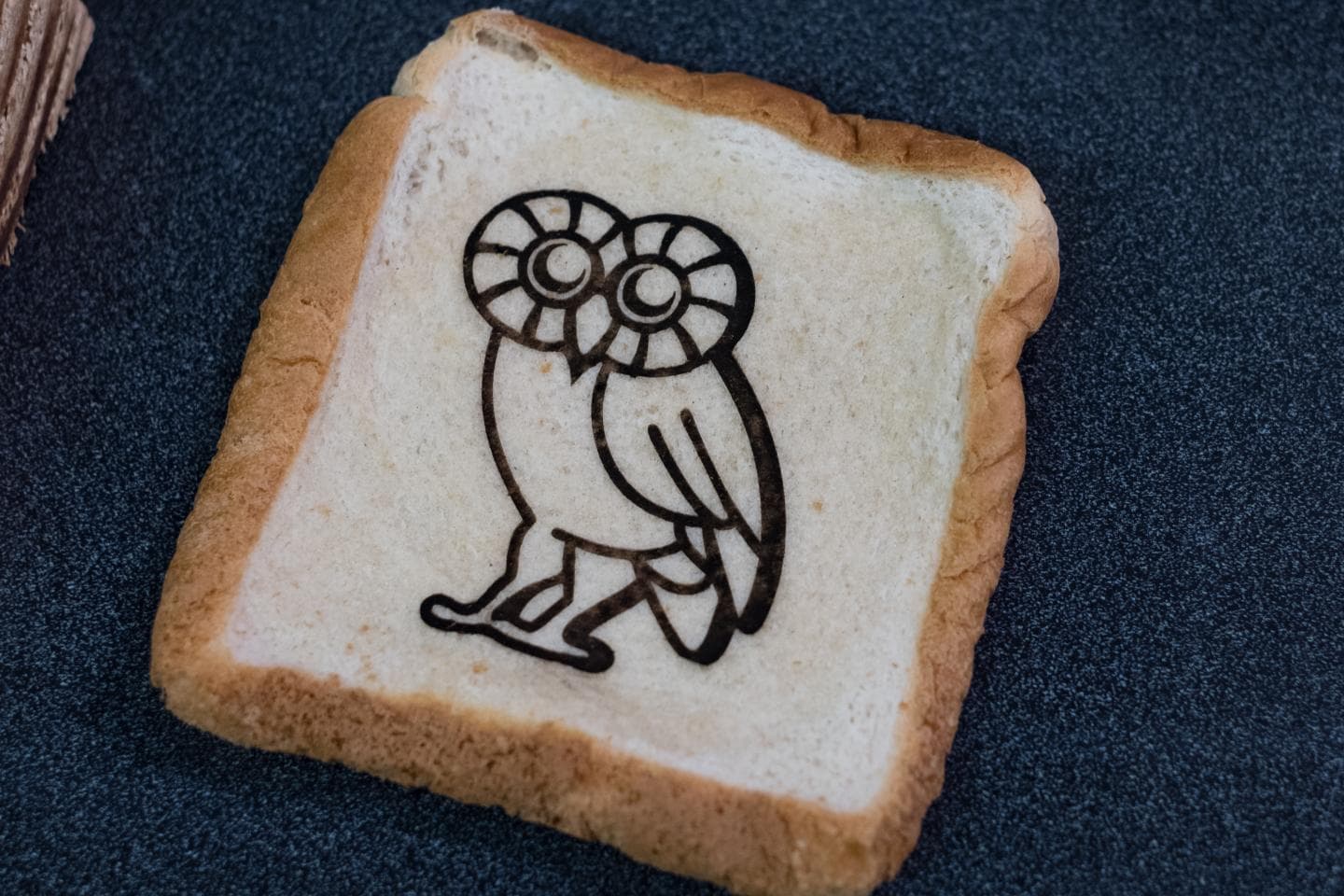 James Tour believes anything can be turned into graphene — well, anything with the right carbon content, that is.

For the past few years, the Rice University chemist's lab has investigated new and innovative ways to use graphene, a so-called "miracle material," and for their latest research, they developed a method of imprinting graphene patterns onto objects.

The team's laser-induced graphene (LIG) tags comprise only a few layers of single-atom-thick graphene, which is produced out of the materials already present in an object. "This is not ink," said Tour in a press release. "This is taking the material itself and converting it into graphene."

The LIG tags can be burned into paper, cardboard, cloth, and cork, and the process takes place at room temperature. The LIG patterns can be used as supercapacitors, biological sensors, radio-frequency ID antennae, or even electrocatalysts for fuel cells.

The researchers also discovered they could embed ID tags and sensors onto certain foods, including coconut shells, potatoes, and toast. This discovery isn't all that surprising given that Tour's lab seems to have a penchant for combining food and science — in 2011, they even turned Girl Scout cookies into graphene.

If put into practice, the edible graphene tags could be used to track information about a food item.

"Very often, we don't see the advantage of something until we make it available," said Tour. "Perhaps all food will have a tiny RFID tag that gives you information about where it's been, how long it's been stored, its country and city of origin, and the path it took to get to your table."

The tags could also be used for food safety, for example, by warning a consumer if bacteria like E. coli has been detected. "They could light up and give you a signal that you don't want to eat this," said Tour. "All that could be placed not on a separate tag on the food, but on the food itself."

No word yet on how these edible graphene tags taste.

Read This Next
Layer Up
Stacking Graphene Creates Entirely New Quantum States
Futurism
Graphene Could Be the Superconductor Scientists Always Dreamed Of
Futurism
A Film Made of Graphene Makes Filtering Dirty Water Easier Than Ever
Futurism
Soon You'll be Able to Dance, Clap, and Tap to Charge Your Devices
Futurism
Graphene’s Properties Have Been Tested in Micro-Gravity for the First Time
More on Hard Science
Warped Tour
Thursday on futurism
Professor Believes Door to Warp Drive May Lie With Ethylene Glycol
Sky Bursts
Thursday on the byte
Astronomers Intrigued by 25 Mysterious Repeating Radio Signals From Deep Space
Tractor Beam
Jan 26 on the byte
Scientists Build Working Tractor Beam, Although It's Comically Tiny
READ MORE STORIES ABOUT / Hard Science
Keep up.
Subscribe to our daily newsletter to keep in touch with the subjects shaping our future.
+Social+Newsletter
TopicsAbout UsContact Us
Copyright ©, Camden Media Inc All Rights Reserved. See our User Agreement, Privacy Policy and Data Use Policy. The material on this site may not be reproduced, distributed, transmitted, cached or otherwise used, except with prior written permission of Futurism. Articles may contain affiliate links which enable us to share in the revenue of any purchases made.
Fonts by Typekit and Monotype.