It provides rides at a cost that beats gas and with zero emissions. 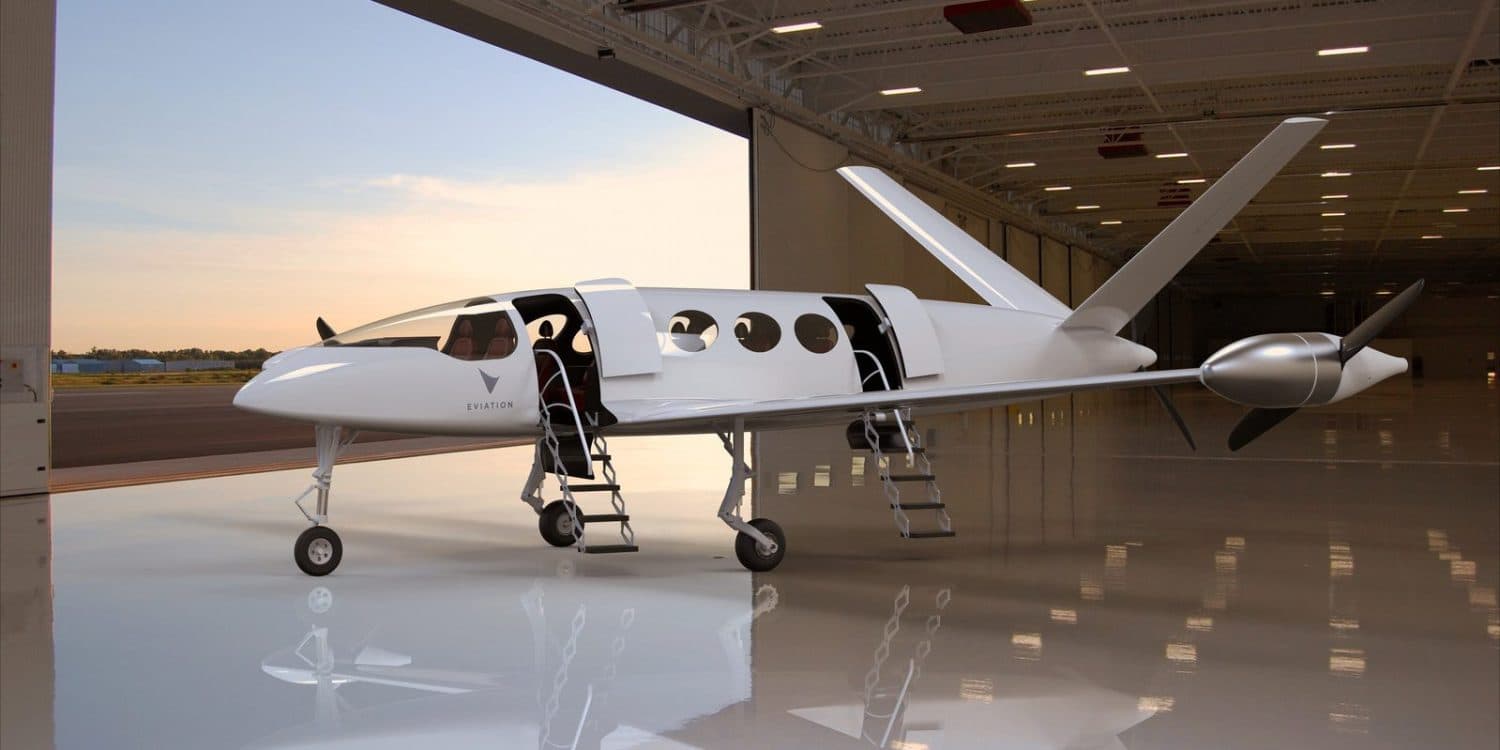 Eviation Aircraft just unveiled the first prototype of an all-electric aircraft with a range of 965 kilometers (600 miles) at the 52nd International Paris Airshow. The plane boasts a capacity of six to nine passengers and two crew members.

"At a time when we are more connected than ever, our mobility options must adapt to reflect this new, efficient future," said the company's CEO Omer Bar-Yohay at the unveiling. "Our all-electric aircraft represents a chance for people to move with the speed and impact our global economy now demands.”

The company seems to be envisioning itself as an airborne Uber. The primary aim of the aircraft is to complete short trips much more quickly than ground-based transportation, and passengers would have the opportunity to book trips between cities at short notice.

Although Eviation Aircraft's prototype was only just unveiled, the company claims it has already undertaken proof of concept missions. Electrek reports that Eviation aims to move on to the certification and commercialization stages as early as 2018, though the first production model might not arrive until 2020.

The Potential of Electric Planes

According to the European Global Commission for Climate Change, the airline industry accounts for more than two percent of the world's total emissions. "If global aviation was a country, it would rank in the top 10 emitters," the Commission asserts. Clearly, shifting the airline industry away from greenhouse gas producing fuels is a pivotal aspect of global environmental change.

Eviation's aircraft could be a key element in instigating this shift as the company's goal is to provide services "at a cost that beats gas and with zero emissions.” By making its aircraft both economically and environmentally attractive, the company would provide a service people need while also helping to save the environment.

The electric air transport sector is seeing significant growth, much of which is thanks to NASA, which is currently involved in several projects. Eviation Aircraft is actually a part of the agency's On-Demand Mobility program, and NASA is also responsible for the GL-10, a electric concept craft that functions as a mixture of a helicopter and a plane.

Another trailblazer is Wright Electric, which plans to make a much larger aircraft than Eviation's. Wright's would have a 150-person capacity, which means it could replace traditional aircrafts for medium-haul flights, such as from New York to Boston.

If any of these projects come to fruition, they would be a major step forward in the global effort to end our dependence on fossil fuels and undo some of the damage we've already done to the environment.

Read This Next
False Dichotomies
British Royal Disses William Shatner's Spaceflight
Futurism
A New Battery Could Store Ten Times the Power as Lithium-Ion
Futurism
The Earth’s Magnetic Poles Are Overdue for a Switch
Futurism
We Now Have Direct Proof That Human Activity Can Heal the Ozone Hole
Futurism
NASA: Hole in Earth's Ozone Layer is the Smallest It's Been Since 1988
More on Earth & Energy
Stem Ware
Friday on the byte
Scientists Discover World's Oldest Preserved Vertebrate Brain
From Bad to Worse
Thursday on the byte
Global Warming Is Worse Than We Thought, AI Tells Scientists
RIP Fred
Thursday on the byte
Instead of Predicting Length of Winter, Groundhog Simply Dies
READ MORE STORIES ABOUT / Earth & Energy
Keep up.
Subscribe to our daily newsletter to keep in touch with the subjects shaping our future.
+Social+Newsletter
TopicsAbout UsContact Us
Copyright ©, Camden Media Inc All Rights Reserved. See our User Agreement, Privacy Policy and Data Use Policy. The material on this site may not be reproduced, distributed, transmitted, cached or otherwise used, except with prior written permission of Futurism. Articles may contain affiliate links which enable us to share in the revenue of any purchases made.
Fonts by Typekit and Monotype.