Caltech, NASA, and Honda teamed up to develop an extraordinary new battery. 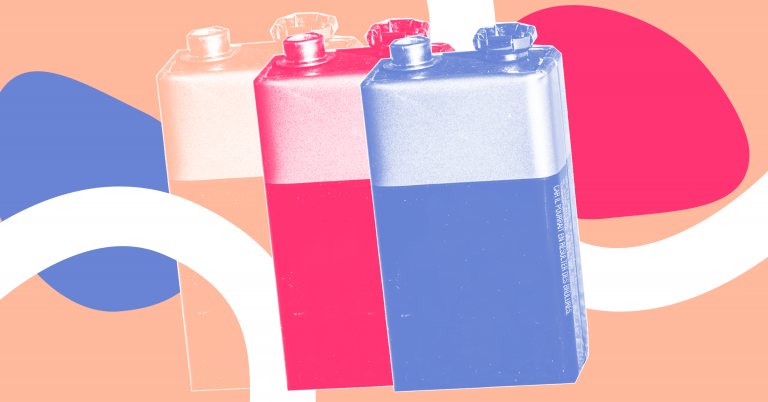 Batteries are great. They power many hallmarks of the future, from smartphones to electric cars. The problem, of course, is that batteries never seem to last quite long enough on a charge — and their environmental footprint is substantial.

Now, though, an all-star team of researchers from Caltech, NASA's Jet Propulsion Laboratory, and Honda say they've developed a fluoride-based battery that could deliver up to ten times the energy density of a conventional lithium-ion cell — and that take fewer resources to manufacture.

The team describes the new battery in a paper published Friday in the journal Science. Basically, CNET reports, fluoride batteries have been around for a while — but they required oven-like temperatures of around 300 degrees Farenheit (150 Celsius) to function. The new battery, according to Caltech and company, can produce power at room temperature.

"Fluoride-ion batteries offer a promising new battery chemistry with up to ten times more energy density than currently available Lithium batteries," said Christopher Brooks, a Honda Research Institute researcher and a co-author of the paper, in a press release. "Unlike Li-ion batteries, FIBs do not pose a safety risk due to overheating, and obtaining the source materials for FIBs creates considerably less environmental impact than the extraction process for lithium and cobalt."

An added bonus: unlike the lithium-ion batteries that power iPhones and Teslas, the researchers behind the fluoride battery say that it's unlikely to burst into flames.

It's also worth keeping in mind that new battery technology is prone to extraordinary hype. But as with all new tech, there could be unforeseen roadblocks to practical applications — and, even in the best case scenario, it typically takes years to bring a new product to market.

READ MORE: Honda, CalTech and NASA's JPL might have a real alternative to Li-ion batteries [CNET]

More on batteries: Electric Vehicles Are the Future, but Their Batteries Are Stuck in the Past

Read This Next
False Dichotomies
British Royal Disses William Shatner's Spaceflight
Futurism
The Earth’s Magnetic Poles Are Overdue for a Switch
Futurism
We Now Have Direct Proof That Human Activity Can Heal the Ozone Hole
Futurism
Honda Claims Its 2022 Electric Vehicles Can Charge in 15 Minutes
Futurism
NASA: Hole in Earth's Ozone Layer is the Smallest It's Been Since 1988
More on Earth & Energy
Sun Shield
Wednesday on futurism
Scientists Increasingly Calling to Dim the Sun
Oversharing 101
Monday on the byte
Bill Gates Reflects on Drinking Product of Fecal Sludge
Battery Powered
Nov 17 on the byte
Startup Says It's Building a Giant CO2 Battery in the United States
READ MORE STORIES ABOUT / Earth & Energy
Keep up.
Subscribe to our daily newsletter to keep in touch with the subjects shaping our future.
+Social+Newsletter
TopicsAbout UsContact Us
Copyright ©, Camden Media Inc All Rights Reserved. See our User Agreement, Privacy Policy and Data Use Policy. The material on this site may not be reproduced, distributed, transmitted, cached or otherwise used, except with prior written permission of Futurism. Articles may contain affiliate links which enable us to share in the revenue of any purchases made.
Fonts by Typekit and Monotype.