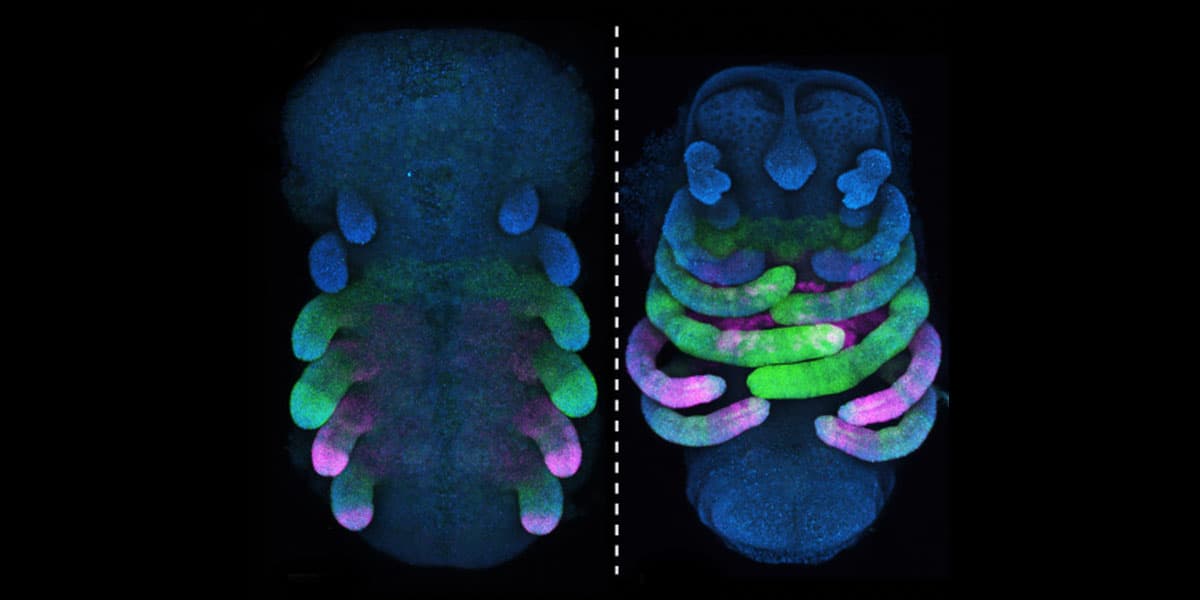 Scientists have genetically engineered the critters known as daddy long legs to create a mutated version with, well, short legs, in an effort to study how arachnids' genomes evolve over time — and why their creepy legs grow so lengthy in the first place, CNET reports.

The media has largely presented the work as cute, and it may well bolster our understanding of genetics. But images of the gene-hacked monstrosities are downright disturbing (not that the control group, with no genetic modifications, is exactly adorable.)

The team, led by Guilherme Gainett from the University of Wisconsin-Madison, first sequenced the genome of the bug, which was one of more than 6,000 known species of daddy long legs called harvestmen, which are technically close cousins of spiders.

Then, they used a technique called "RNA interference" to shut off a pair of genes associated with leg development in hundreds of embryos of the critter.

The grisly result: six of the harvestmen's eight legs were underdeveloped and much shorter, as detailed in their paper published in the journal Proceedings of the Royal Society B. The limbs also lost their tarsomeres, which give them the ability to grasp around sticks.

"The genome of the daddy long legs holds great potential to clarify the complex history of arachnid genome evolution and body plan, as well as to reveal how daddy long legs make their unique long legs," Gainett told CNET.

"Looking forward, we are interested in understanding how genes give rise to novel features of arachnids, such as spider fangs and scorpion pinchers, and also leveraging the genome to develop the first transgenic harvestmen," he added.

For the arachnophobic among us, let's just hope the scientists don't end up with giant daddy long legs the next time they decide to genetically engineer the creatures.

Web of Lies
Scientist Who Said Spiders Have Personalities May Have Faked Data
2. 11. 20
Read More
Silk Spun by Graphene-Fed Spiders Is One of the Strongest Materials on Earth
8. 31. 17
Read More
Monsanto Makes The World's First Genetic Modification Spray to Stop Flowers From Aging
6. 1. 16
Read More
+Social+Newsletter
TopicsAbout UsContact Us
Copyright ©, Camden Media Inc All Rights Reserved. See our User Agreement, Privacy Policy and Data Use Policy. The material on this site may not be reproduced, distributed, transmitted, cached or otherwise used, except with prior written permission of Futurism. Articles may contain affiliate links which enable us to share in the revenue of any purchases made.
Fonts by Typekit and Monotype.