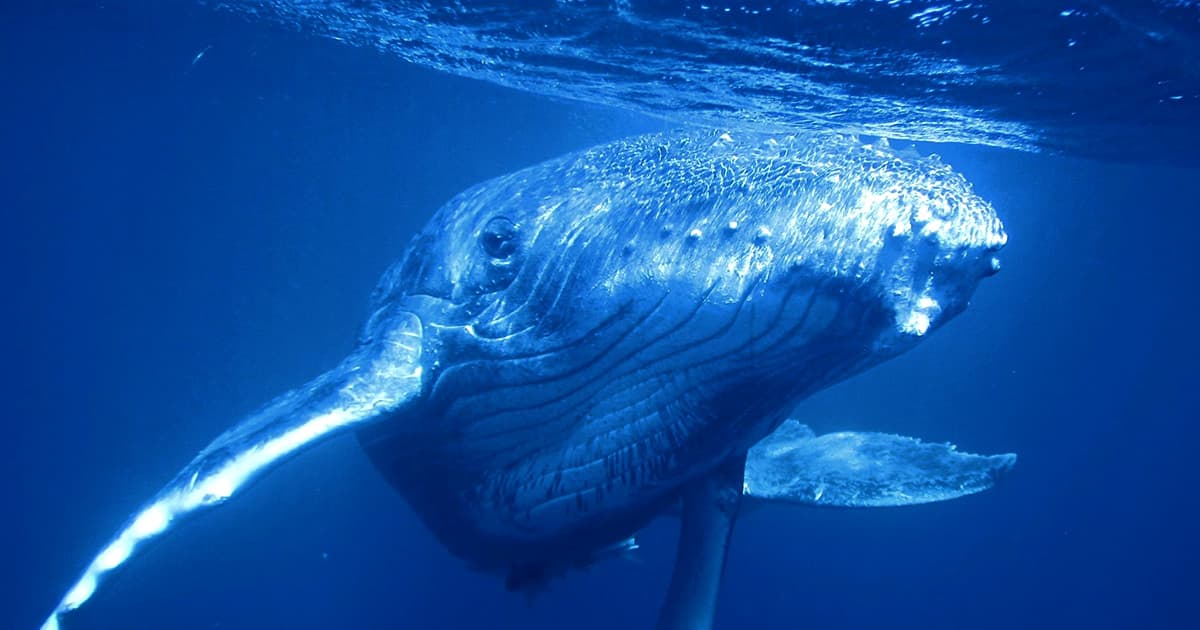 "There is a near real-time signal of what these animals are doing out in a habitat that’s historically been really difficult to observe."

"There is a near real-time signal of what these animals are doing out in a habitat that’s historically been really difficult to observe."

A team of scientists has a new idea for how to save migrating blue whales from dangerous collisions with ships: shut up and listen.

It turns out that there's a distinct change in the blue whale's song just before it begins its annual migration south, Popular Science reports. By paying attention to those changes, the Stanford University scientists say, they might be able to warn ship operators in the area of the upcoming migration.

Blue whales summer in the northeast region of the Pacific Ocean but travel to the coast of Central America in Autumn, PopSci reports, where they breed and wait out the cold weather. According to the team's research, published Thursday in the journal Current Biology, the whales sing during the night, but switch to a daytime song right before their migration begins.

"There is a near real-time signal of what these animals are doing out in a habitat that’s historically been really difficult to observe," Stanford biologist and study coauthor William Oestreich told PopSci.

Getting advance warning would be great both for whales and the boats in the areas, as collisions can be destructive for vessels as well as fatal for the giant mammals.

"That could be one piece of the puzzle to more dynamically manage those habitats and shipping lanes in a way that allows shipping to continue," Oestreich told PopSci, "but also in a way that is safe for these whale populations."

READ MORE: We can protect whales from ship strikes by translating their songs [Popular Science]