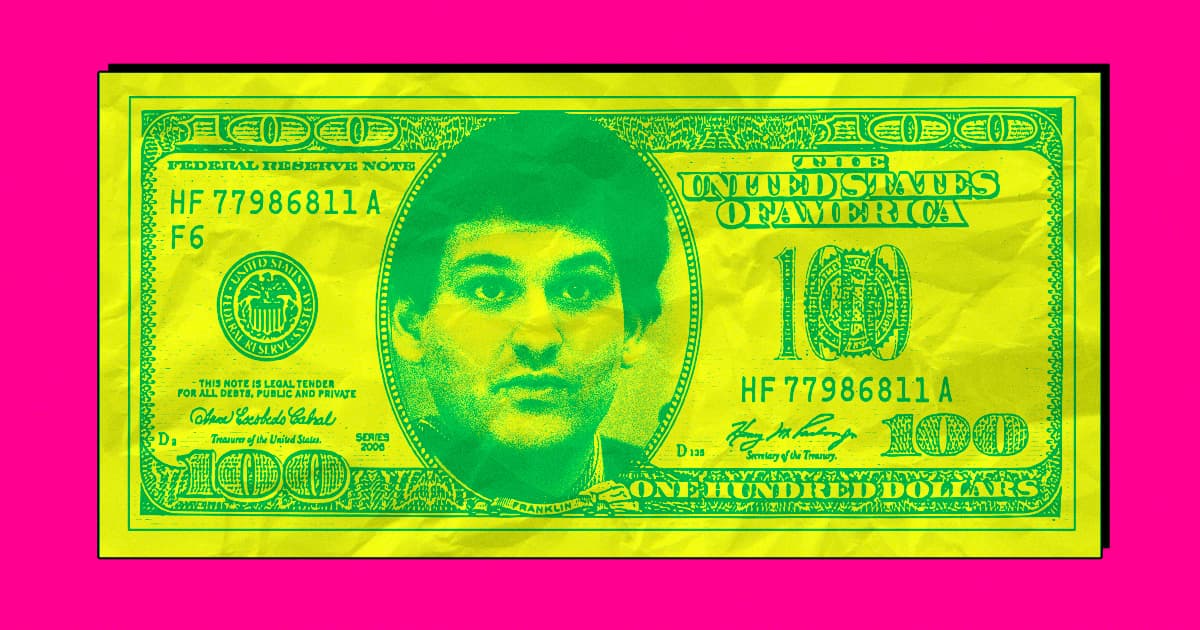 In High School, SBF Reportedly Printed $100 Bills With His Face on Them Called "Bankmans"

Sounds like Sam Bankman-Fried has a long history of minting his own money.

Sounds like Sam Bankman-Fried has a long history of minting his own money.

It sounds like former FTX CEO Sam Bankman-Fried — now in custody and facing US criminal charges — has a long history with self-minted money.

According to a source that spoke with Puck, Bankman-Fried was the literal face of his tony private school's senior prank. Per the source, SBF's classmates at the Crystal Springs Uplands prep school in the Bay Area put his face on fake $100 bills as their senior prank — and called the counterfeit bills "Bankmans."

At Crystal Springs, the unnamed insider says SBF was a well-known nerd and the president of the uber-dorky "Puzzle Hunt club," which seems to be in reference to the Great Puzzle Hunt, described on the game's website as "like a scavenger hunt adventure with puzzles." Bankman-Fried's younger brother Gabe was described as the more outgoing of the two.

The tea doesn't stop there, either. SBF's parents Barbara Fried and Joe Bankman, both Stanford Law professors, were reportedly quite into "effective altruism" — a branch of philanthropic thinking that aims to leverage targeted charitable giving to do the greatest good — and would discuss it around the dinner table with their sons. That detail, notably, corroborates New York Times reporting this week about the family's relationship to effective altruism.

"To what extent is consequentialism or effective altruism looming in the background here because the ends justify the means?" queried one Puck source who knows the parents personally. "All one can speculate is that SBF had first-class brains at home thinking about moral philosophy."

Beyond simple rubbernecking about a now-infamous figure, the fake $100 bills anecdote is extraordinary background for a figure accused, among other things, of creating his own digital currency and insisting it held immense value. Adding to the fascination, SBF has demonstrated a deep propensity for over-tweeting and spouting off at the mouth.

Like every other aspect of this saga, we still don't know which way is up or down — which is perhaps why we're still so into it.