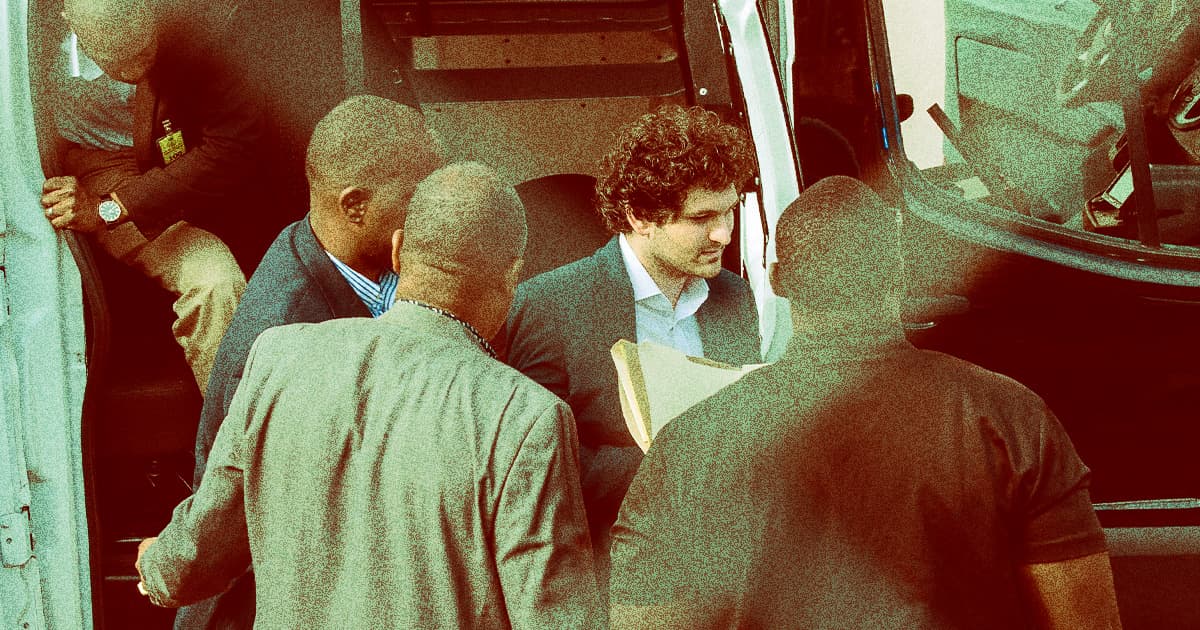 SBF had to be "awakened by a court official" during Monday's hearing.

SBF had to be "awakened by a court official" during Monday's hearing.

For most, sitting in a Bahamian courtroom, during your own extradition trial, might not feel like the best time to get a lil' shut eye. But sleep is important, and Sam Bankman-Fried, the former CEO of the bankrupt cryptocurrency exchange FTX currently facing US criminal charges, has been using the weeks since FTX's collapse to get more rest than he's reportedly had in a while.

Case in point: at what seems to have been a truly chaotic court hearing on Monday, SBF "leaned back with his eyes closed," and seemingly had to be "awakened by a court official," according to Reuters.

If you're thinking something along the lines of "why would someone who could be facing decades in prison rest his eyes while literally on trial," you'd be forgiven. But that wasn't the only thing he was admonished for in the court room — apparently, per Bloomberg, by the time he was asked to stand in front of the judge, SBF had shed his suit jacket, untucked his shirt, and rolled up his sleeves.

Listen, we're not experts on normal court procedure. But this is generally not what defendants do.

Of course, while bizarre, this is all very on-brand for the once-high-flying Bankman-Fried.

The tech world is full of distinct, cultivated characters, distinguishable through a curated iconography; SBF's own carefully-controlled narrative was that of the anti-brand, anti-glitz disruptor, the billionaire ingenue who slept on beanbags and constantly fidgeted and wore his everyday shorts-and-t-shirt everywhere, even in ads next to supermodels and on stages next to former presidents.

It seems fitting — and even self-serving — that SBF would untuck his shirt and rest his eyes in a courtroom. After all, it worked in investment meetings.

It's worth noting that it wasn't just rolled up sleeves and apparent nap-taking that made SBF's Monday court appearance so strange. The ex-CEO reportedly backtracked on his initial plan to fight extradition to the US — without telling his own lawyer.

It was actually a "shock" to SBF's counsel that he showed up at all, according to The New York Times. As a result of the confusion, the judge ordered that Bankman-Fried be sent back to jail for a few more days to, in short, collect his thoughts.

"I certainly feel," said the magistrate judge overseeing the matter, according to the NYT, that "it is a wasted day."