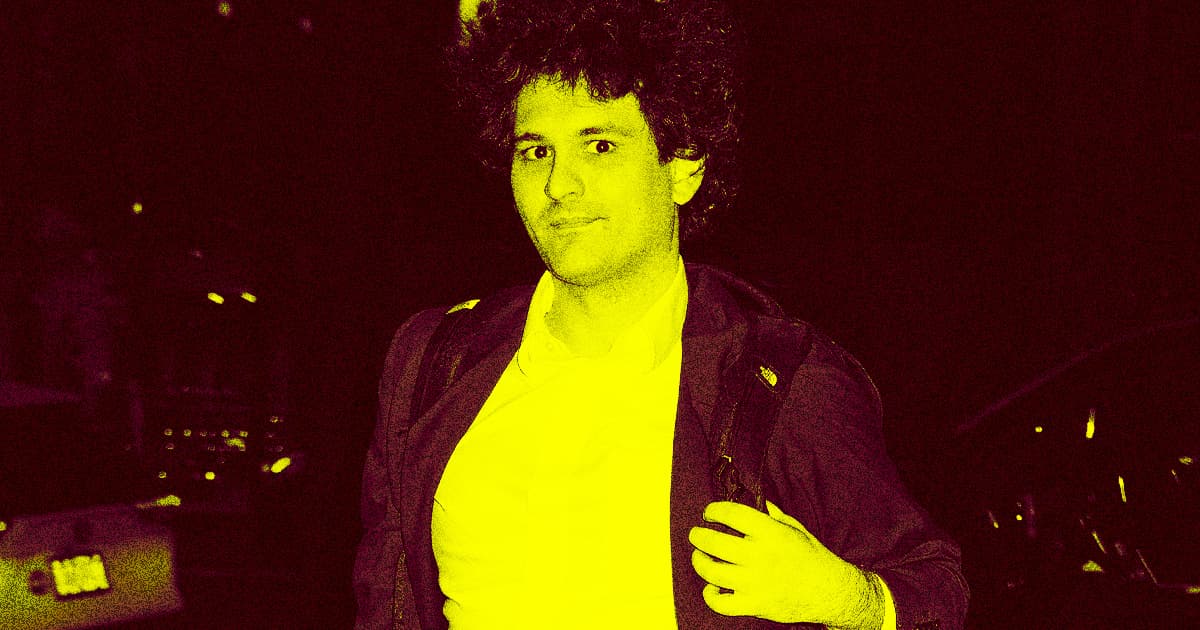 In case you missed it, newly-minted Substack author Sam Bankman-Fried was back on the blogging grind last week.

This time, he laid even further into his bankrupt exchange's longtime lawyers, the New York City-based firm Sullivan & Cromwell — meanwhile, of course, once again insisting that he's totally innocent and (the again, bankrupt) FTX is still completely solvent, actually!

"These claims by S&C are wrong, and contradicted by data later on in the same document," Bankman-Fried wrote on his blog. "FTX US was and is solvent, likely with hundreds of millions of dollars in excess of customer balances."

As for why you should trust him? He's got Excel spreadsheets.

While the graphs, bullet points, and Excel sheets that SBF offers as evidence are a bit disorienting, his argument seems pretty simple. He alleges that Sullivan & Cromwell are providing misleading numbers regarding customer funds, somehow failing to account for an apparent "$428m of cash in bank accounts" that exists outside of the millions that were kept in digital assets.

"One way or another," SBF wrote, "their data actually confirms that FTX US was extremely likely to be solvent when I handed it off."

Of course, SBF's spreadsheets — which he's apparently been putting together at his parents' house, where he's currently on house arrest — aren't exactly official documents, so this is very much a he-said, the-government-slash-FTX-lawyers-slash-new-FTX-CEO-said situation.

And we'd like to hope that the SEC also understands how to use and read Excel sheets, and has done so in the process of charging SBF with criminal wrongdoing. (That said, it's also been alleged that while SBF was in charge, FTX's accounting practices weren't exactly rock solid.)

Speaking of the company's new leadership, it's also worth noting that the company's current CEO, John J. Ray III, has responded to Bankman-Fried's Excel Files, explaining that Bankman-Fried's analysis would, in short, "imply covering losses at the US exchange through money that belongs to other customers," according to The Wall Street Journal.

"This is the problem," Ray told the paper. "He thinks everything is one big honey pot."

Bankman-Fried, of course, has refuted that characterization, both to the WSJ and on Twitter. And as he's always got more to say, we're sure a separate rebuttal will be in subscriber inboxes pretty soon.

La La La
SBF's Dad Kept Sticking His Fingers in Ears During Court Hearing
12. 15. 22
Read More
Secrets Secrets
Elon Musk Vigorously Denies That SBF Secretly Owns Part of Twitter
11. 22. 22
Read More
Dubious Donations
Politicians Refuse to Say Whether They'll Give Back Donations From Sam Bankman-Fried
11. 16. 22
Read More
+Social+Newsletter
TopicsAbout UsContact Us
Copyright ©, Camden Media Inc All Rights Reserved. See our User Agreement, Privacy Policy and Data Use Policy. The material on this site may not be reproduced, distributed, transmitted, cached or otherwise used, except with prior written permission of Futurism. Articles may contain affiliate links which enable us to share in the revenue of any purchases made.
Fonts by Typekit and Monotype.