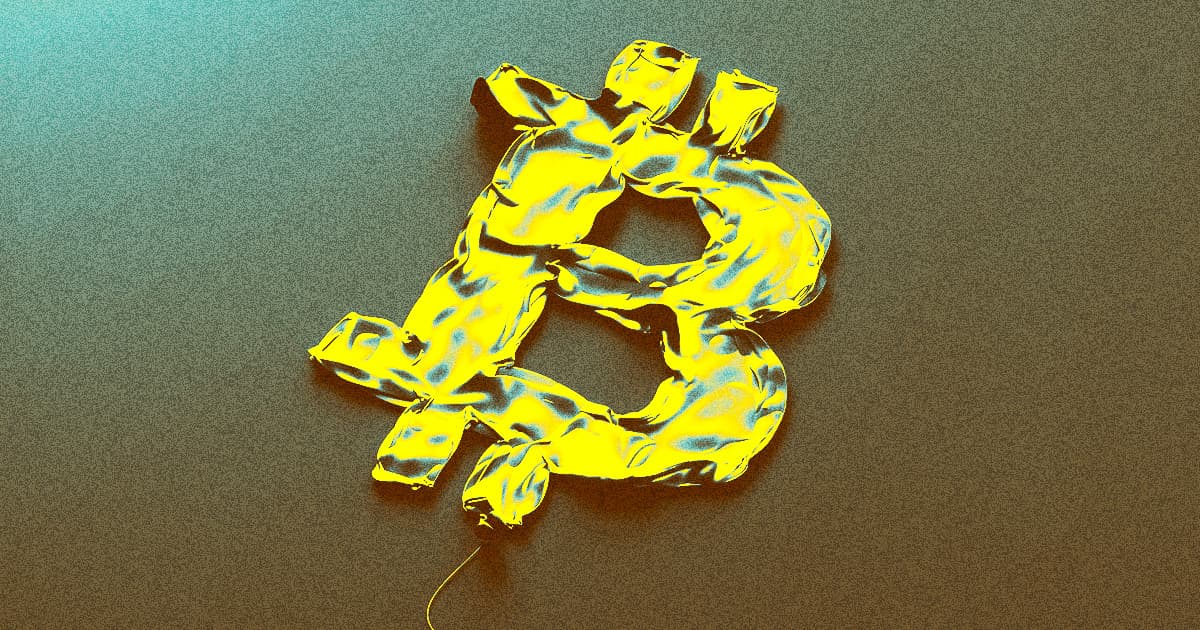 "Literally 99 percent of crypto is a scam."

"Literally 99 percent of crypto is a scam."

An economist known for his doomsday predictions is going off on cryptocurrency at the Davos billionaire con.

"Literally 99 percent of crypto is a scam," New York University economist Nouriel "Dr. Doom" Roubini said during an appearance at the World Economic Forum in Davos, Switzerland. "A criminal activity. A total real-bubble Ponzi scheme that is going bust."

In recent months, Roubini has warned that we have much, much further to fall in our current economic downturn, saying that if things keep going the way they are, the world economic markets are in for a "deep and protracted" recession that will resemble a "sl0w-moving trainwreck."

While he didn't explicitly mention whether he thinks the crypto industry's repeated crashes in 2022 were an outsize factor in his gloomy forecasting, Roubini did declare that the stunning demise of the FTX crypto exchange, helmed by 30-year-old headline-grabber Sam Bankman-Fried, was far from shocking.

"FTX and SBF are not an exception — they're a rule," he said.

The economist's wintry crypto commentary may have been a useful warning for any particularly gullible global elites, because Davos-goers were presented with a selection of blockchain-themed panels in spite of the industry's woes.

Indeed, as Coindesk reports, there was still tons of crypto representation at the WEF in spite of lowered advertising spending, never mind the industry losing trillions of dollars and laying off tons of workers.

Still, this bearish crypto market has made the industry's presence significantly less splashy at the 2023 Davos convening than in the past few years prior — save for a lone Bitcoin-themed sports car spotted in the Alpine town.

While he didn't weigh in on the bright orange Mercedes representing the industry he so loathes, Roubini did cast aspersions on the type of person who owns it.

"You have to stay away [from crypto], you have to absolutely stay away," he said during his Yahoo interview.

"Most of these people belong literally in jail," Roubini continued. "Literally, they're all crooks."

More on crypto: Tom Brady Apparently Lost an Ungodly Amount of Money in the FTX Crash