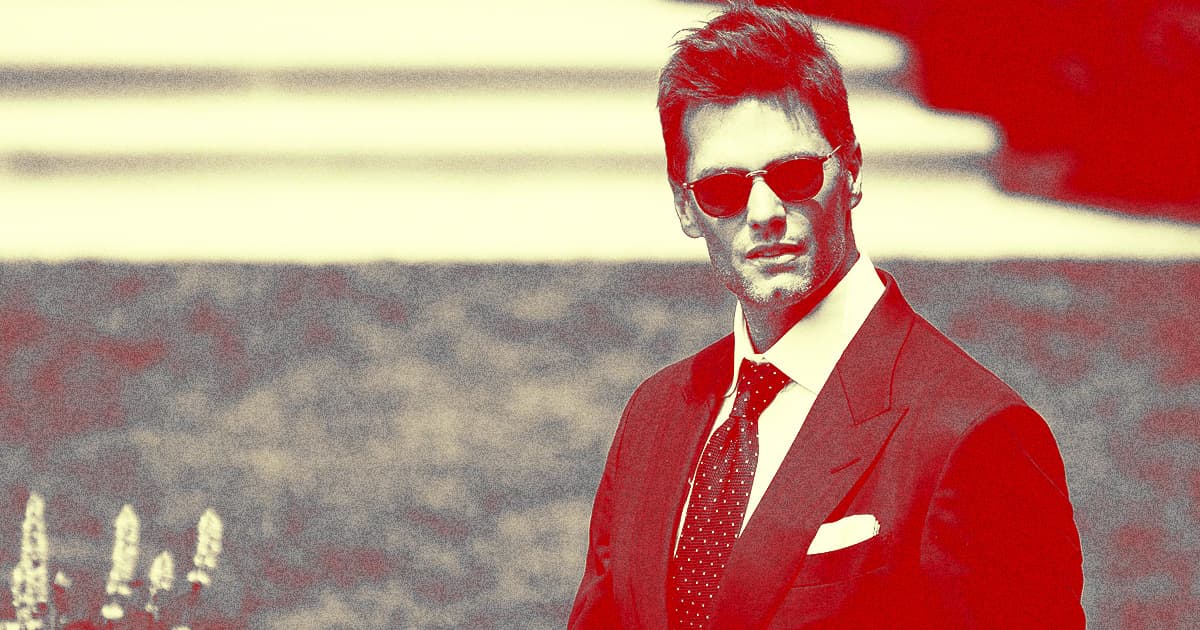 It's no secret that Tom Brady, golden-aged quarterback extraordinaire, was heavily invested into the now-bankrupt crypto exchange FTX at the time of its disastrous implosion into bankruptcy.

The tomato-avoidant footballer was one of the crypto giant's most visible ambassadors, starring in FTX commercials and often taking to Twitter to tweet football-related crypto musings. But while he was understood to have an equity stake in the company, the terms of his agreement with exchange was never publicly disclosed. As a result, his losses in the collapse have been unclear — until now.

In new bankruptcy court filings reviewed by Insider, FTX reportedly unveiled exactly how much equity its top shareholders held in the formerly high-flying exchange. And let's just say that if we were Brady, we'd be feeling pretty deflated.

Per the docs, the flamethrowing bitcoin miner had a staggering 1.1 million common shares of FTX. And while it's still unknown how much money he may have actually put into his partnership with the company, considering that FTX was valued at roughly $32 billion at the time of its collapse? The entirety of rival exchange Coinbase, for perspective, owned only a hair more FTX stock than Brady, at 1.3 million shares.

Alongside major investment funds like Tiger Global, Sequoia Capital, SkyBridge, and others, Insider reports that top shareholders include Patriots owner Robert Kraft, who had a little over 630,000 common shares, and supermodel-slash-neighbor-to-Tom-Brady Gisele Bündchen, who clocked in just under 700,000 of the like. (Brady and Bündchen, who were married at the time, entered into that undisclosed September equity deal together.)

All of these assets, Insider notes, are likely now worthless. It's also worth noting that Brady and Bünchen are also two of several celebrity targets of a massive class action lawsuit accusing FTX and its famous ambassadors of intentionally hawking unregistered securities to low-information investors. Normal celeb times!

Alas, we're sure it doesn't feel good for the company that you own over a million common shares in to go up in dumpster fire flames. And in the same vein, defending against a related class action lawsuit also doesn't sound fun. But we're sure the unretiree and his ol' bag o' bones have a few years left on the field, and an announcing job on ESPN waiting for him shortly thereafter. Financially, he'll likely be just fine.

As for the potentially defrauded retail investors? We can't say the same.

More on Tom Brady and FTX: Behind the Lawsuit Against Celebs Who Shilled FTX Before Its Spectacular Meltdown

La La La
SBF's Dad Kept Sticking His Fingers in Ears During Court Hearing
12. 15. 22
Read More
Secrets Secrets
Elon Musk Vigorously Denies That SBF Secretly Owns Part of Twitter
11. 22. 22
Read More
Dubious Donations
Politicians Refuse to Say Whether They'll Give Back Donations From Sam Bankman-Fried
11. 16. 22
Read More
+Social+Newsletter
TopicsAbout UsContact Us
Copyright ©, Camden Media Inc All Rights Reserved. See our User Agreement, Privacy Policy and Data Use Policy. The material on this site may not be reproduced, distributed, transmitted, cached or otherwise used, except with prior written permission of Futurism. Articles may contain affiliate links which enable us to share in the revenue of any purchases made.
Fonts by Typekit and Monotype.