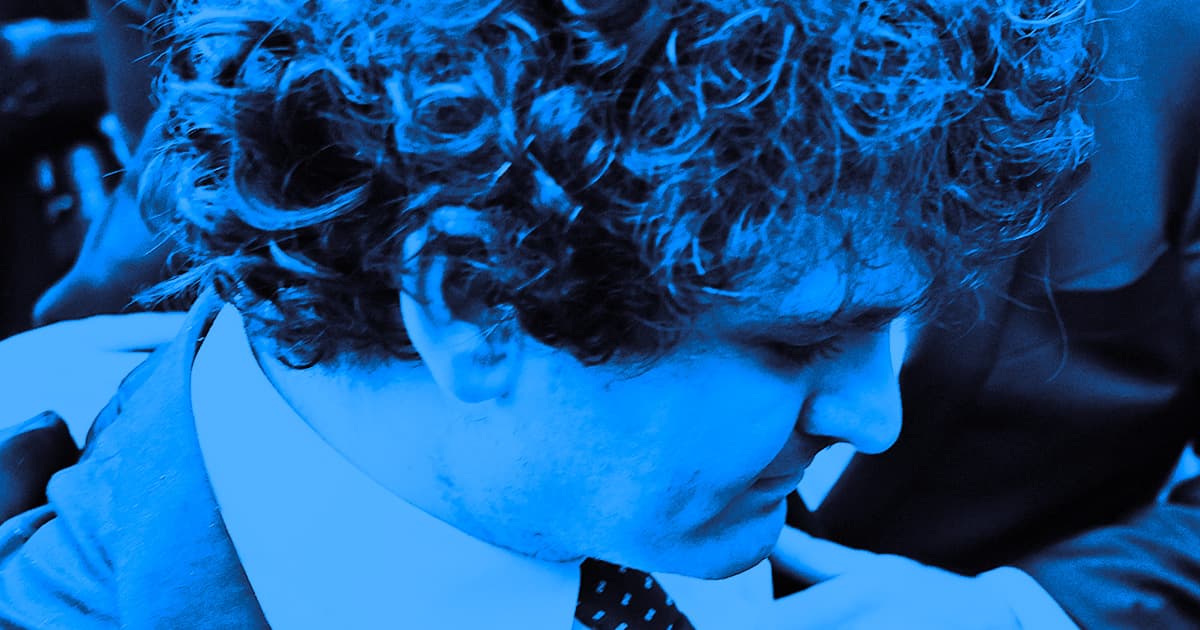 His name is Sandor, and he's a 75-pound German shepherd.

His name is Sandor, and he's a 75-pound German shepherd.

You know what they say: don't go into business with your friends, lest you build a multi-billion-dollar crypto empire, commit several alleged felonies together along the way, and ultimately watch the whole thing collapse as a result.

You'll probably get arrested, your friends will turn on you to save themselves — and your parents will have to buy you a 75-pound German shepherd named Sandor to keep you company while you're stuck at home on house arrest.

As far as we can tell, that's exactly what happened to Sam Bankman-Fried, the 29-year-old former CEO of the crypto exchange FTX, according to a new Puck profile. Good doggy!

The former crypto wonder boy has seen better days. He was recently extradited to the US from a rat-infested Bahamian prison, where he tried to live on just a jar of peanut butter for several days.

Now he's cooped up with an ankle monitor at his Stanford law professor parents' home in Palo Alto, by way of a $250 million dollar bail — and he's apparently quite lonely, according to a Puck.

Lonely enough, at least, to warrant the acquisition of a new pet. His friends, as he told Puck, were his peers at work, most of whom are either cooperating with the feds in the case against him or simply just steering clear.

"I don't blame people," he added, "for wanting to try and avoid getting drawn into the shitshow as best they can."

Besides palling around with his new canine companion, Puck reports that SBF is spending his days as one might expect: eating takeout vegan burgers, playing video games, and spending way too much time on Twitter.

"It feels simultaneously very antsy and frustrating and stressful," he told the publication.

And we believe him. In any case, we wish SBF's security doggo, Sandor, nothing but good thoughts.

We're sure he's a very good boy — unlike certain characters in the crypto business.