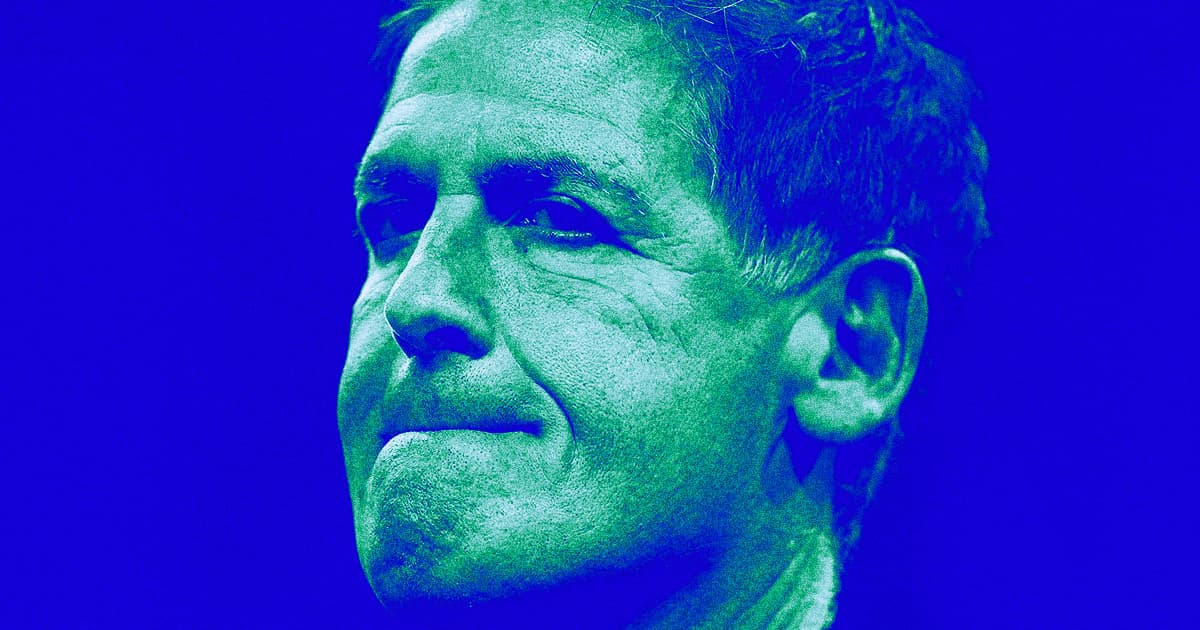 The twist? He's being sued himself for something very similar.

The twist? He's being sued himself for something very similar.

Billionaire crypto evangelist Mark Cuban, who's currently being sued for his involvement with the bankrupt crypto exchange Voyager Digital by the same law firm representing the class action suit against disgraced ex-FTX CEO Sam Bankman-Fried for extremely similar reasons, thinks that SBF should be "afraid" of "jail." Noted!

"I don't know all the details," Cuban told TMZ when asked what he thinks about the FTX fallout, "but if I were him, I'd be afraid of going to jail for a long time."

He also added that Bankman-Fried's situation "sure sounds bad," to which we would agree.

But that being said, the "Shark Tank" star's own crypto mess — and the ongoing lawsuit that's come of it — sure sounds pretty bad too, especially considering that like SBF, Cuban is accused of hawking unregistered securities in the form of high-yield crypto bank accounts.

There are some notable differences in the cases against Voyager and FTX, mostly having to do with scale. Voyager swallowed a lot of user funds, but the platform wasn't nearly as large as FTX. In the same vein, the Voyager suit names significantly fewer defendants — just Cuban, Voyager CEO Stephen Ehrlich, and the Cuban-owned Dallas Mavericks organization — while the FTX filing tallies a total of 11 celebrities.

Karma Is My Boyfriend

It's worth mentioning that the Mavericks owner may have been a bit screwed over by the FTX crash himself. FTX was supposed to purchase Voyager to save it from crypto doom, but once FTX collapsed, that deal went kaput, too.

Still, regardless of Cuban — or SBF's — situation, the "Shark Tank" shark says he remains crypto faithful.

"There's been a lot of people making a lot of mistakes, but it doesn't change the underlying value of the applications," he told TMZ, though failed to say whether he's one of the "people" who's made any "mistakes."

More on the Voyager and FTX suits: Behind the Lawsuit Against Celebs Who Shilled FTX Before Its Spectacular Meltdown