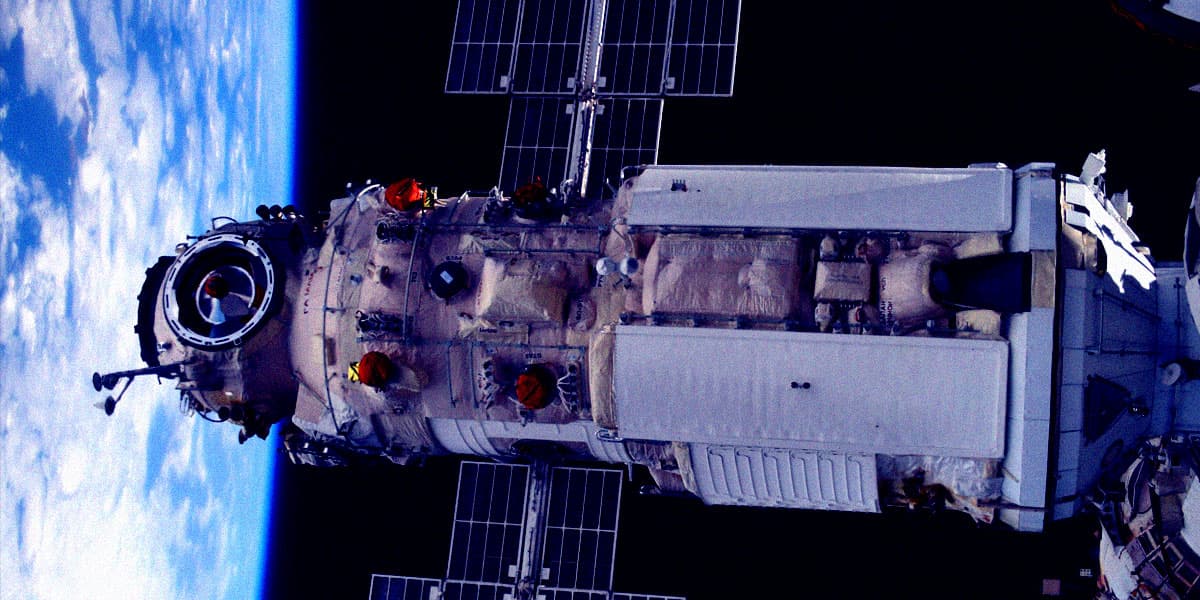 Room With a View

The docking may have been a disaster — but the views are incredible.

The docking may have been a disaster — but the views are incredible.

It's a rare glimpse of the module's interior following an extremely fraught launch and docking with the orbital outpost.

Another short video of how we opened the window of the #Nauka Multipurpose Laboratory Module, as well as fascinating views of the Earth.

Do you recognize these places? Our journey begins! pic.twitter.com/3Onzw62NGt

The video shows off the incredible view from one of the module's Earth-facing windows — and the several layers of protection to ensure the station crew's safety.

Novitskiy can be seen removing a protective shield covering the glass. Later on in the video, a massive shutter slowly closes in on the window, likely to protect against damage from micrometeoroids and space debris, as well as to keep the heat in.

The Nauka module's launch and docking were troubled from the start. Even its early development, which began almost a decade and a half ago, faced countless delays.

Once the module docked with the ISS earlier this month, it unexpectedly fired its thrusters uncontrollably, causing the entire station to spin one and a half revolutions.

But now that it's arrived and is safely attached to the rest of the Russian segment, it's providing cosmonauts with an incredible view of the Earth below — perhaps some much deserved respite after a turbulent rendezvous.