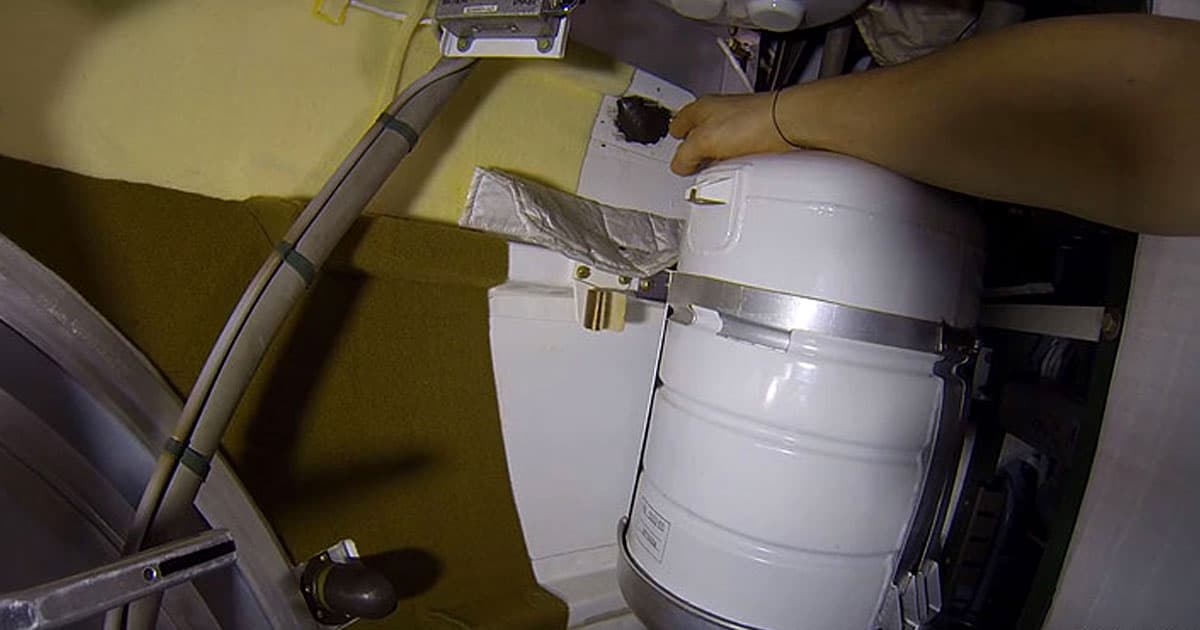 "These attacks are false and lack any credibility."

"These attacks are false and lack any credibility."

The saga of the hole in the International Space Station (ISS) could come to a head as Russia might soon press criminal charges against a NASA astronaut for allegedly sabotaging a module of the station.

Roscosmos, the country’s space agency, said it has completed its investigation into the 2018 incident in which its cosmonauts discovered a hole drilled into its Soyuz spacecraft, according to a report by Russian news publication RIA Novosti which was first spotted in English by Ars Technica. It sounds like a significant escalation of the bizarre international drama, with Roscosmos saying that it's forwarded the details to law enforcement.

While the hole was patched and fixed quickly, reports indicate that it could have depressurized the entire ISS in two weeks' time — which is embarrassing for Russia. After all, a leak in their module could have endangered its own cosmonauts along with an international team of astronauts…

…unless it was someone else who did it!

In fact, many in the Russian media and government have made baseless accusations against NASA astronaut Serena Auñón-Chancellor as being the culprit. Russian state news agency TASS even claimed that she experienced "an acute psychological crisis" in the ISS and might have drilled the hole in order to get sent back to Earth early.

NASA has refuted the accusations, with agency chief Bill Nelson telling Ars that the "attacks are false and lack any credibility."

If Russia should choose to pursue criminal charges, it’ll be doing so in the wake of its recent anti-satellite missile test that itself threatened the lives of the ISS crewmembers. Also, there were several times over the past year where Russian malfunctions spun the orbital outpost out of control. In all likelihood, this latest kerfuffle is just be a weak attempt at distracting from those embarrassing situations.

So there’s no doubt that tensions are higher than ever between the geopolitical rivals — especially when it comes to matters in space. And a far-fetched criminal charge against a US citizen just might push things over the edge.

More on the Russian hole incident: Someone Drilled a Hole in the ISS. Was It A Mistake Or Sabotage?

Don't let the door hit you
Elon Musk Lobs Casual Space Station Burn at Moscow
Jul 28
Read More
Sad ROSS
Russia's New Space Station Gets Sadder the More We Hear About It
Jul 27
Read More
Moon Vacation
NASA Finds Holes on the Moon Where It's Always a Comfortable Temperature
Jul 27
Read More
+Social+Newsletter
TopicsAbout UsContact Us
Copyright ©, Camden Media Inc All Rights Reserved. See our User Agreement, Privacy Policy and Data Use Policy. The material on this site may not be reproduced, distributed, transmitted, cached or otherwise used, except with prior written permission of Futurism. Fonts by Typekit and Monotype.