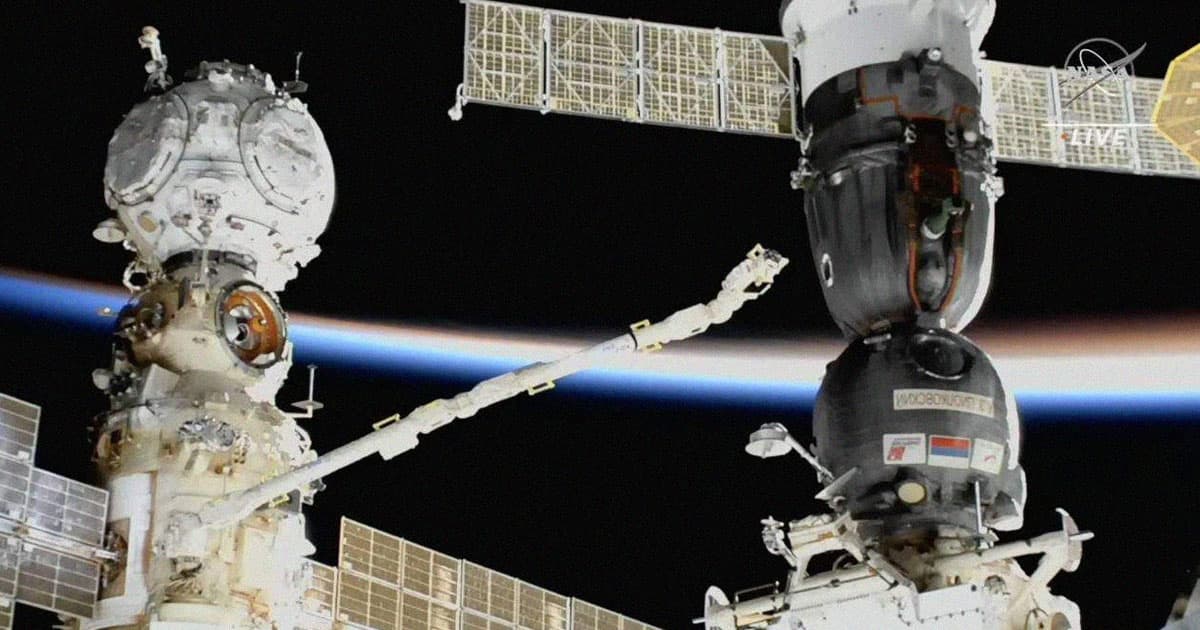 Russia's space agency Roscosmos has denied reports of SpaceX potentially rescuing a NASA astronaut currently stranded on board the International Space Station due to a damaged Soyuz spacecraft.

The offending capsule, dubbed MS-22, started leaking copious amounts of coolant into space on December 15 — possibly the result of a micrometeorite strike — forcing officials to ponder alternative plans to return a crew of two cosmonauts as well as NASA astronaut Frank Rubio back to Earth.

Russia's denial highlights an already very strained relationship, as NASA is no longer relying solely on Russian-made spacecraft to send crews to the aging orbital outpost.

According to a December 30 update by NASA, the agency reached out to SpaceX to inquire about the company's ability to jump into action and offer up a Dragon capsule in the case of an emergency.

"As a part of the analysis, NASA also reached out to SpaceX about its capability to return additional crew members aboard Dragon if needed in an emergency, although the primary focus is on understanding the post-leak capabilities of the Soyuz MS-22 spacecraft," the blog post reads.

But according to RussianSpaceWeb, Roscosmos has denied plans to have Rubio return on board a Dragon capsule while the cosmonauts would return at a later date on board a succeeding Soyuz MS-23 capsule had been approved. Ars Technica's Eric Berger later corroborated that reporting.

According to these unverified plans, the MS-22 capsule would return to Earth uncrewed, while the MS-23 spacecraft would be sent to the station next month with just a single pilot on board, allowing for enough space for the two stranded cosmonauts. Rubio would return in a SpaceX vehicle, according to that plan.

SpaceX's newly developed capability of sending astronauts to the ISS has allowed the US to greatly reduce its dependence on Russian-made Soyuz capsules, which it had been using exclusively to ferry astronauts into space following the retirement of the Space Shuttle in 2011.

Besides, tensions are already at an all-time high due to Russia's invasion of Ukraine, actions that have led to the international space community abandoning future collaborations with the country.

How this latest incident will play out remains to be seen. RussianSpaceWeb reports that Roscosmos head Yuri Borisov will make a decision regarding its damaged MS-22 spacecraft later this week.

More on the incident: Russian Spacecraft Docked to ISS Sprays Fluid Into Space