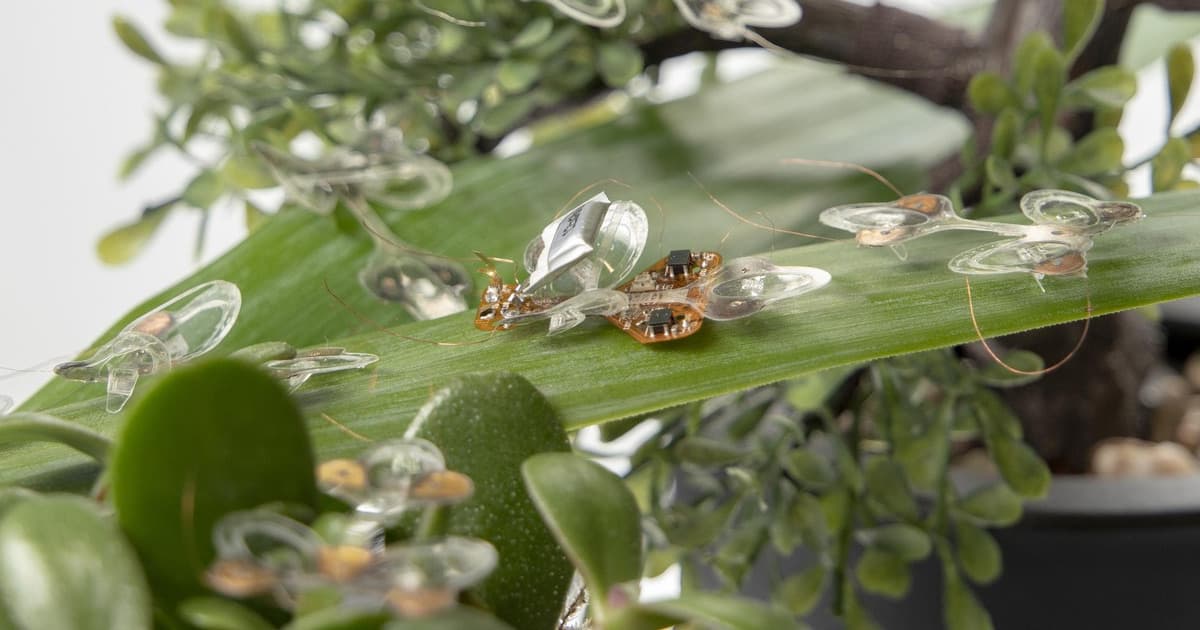 This Robotic Bug Was Designed to Survive Swatting

Exactly what we needed!

Exactly what we needed!

As if nature wasn’t already full of pests, a team of engineers just built their own — and the little bug can take a beating.

The DEAnsect is a soft robot modeled after an insect, and it’s the work of engineers from Switzerland’s École polytechnique fédérale de Lausanne (EPFL) and France’s University of Cergy-Pontoise.

After they built the bot, the engineers stomped on it, smooshed it with a fly swatter, and even folded it in half, but the robot kept scooting along — a creepy mental image, sure, but also a big step forward for soft robotics technology.

According to research published Wednesday in Soft Robotics, the engineers built two versions of the DEAnsect — one tethered to a controller and the other wireless and more autonomous — giving scientists the ability to choose the little critter that best meets their needs.

The two versions present a tradeoff between durability and mobility. The tethered model can survive more abuse because it only contains its own tiny artificial muscles. The wireless model, however, has to carry visual sensors, a battery, and other electronics that make it a bit more vulnerable to being squished.

Even if the wireless bug can’t take as much abuse, the fact that it can carry everything it needs marks a significant leap forward for autonomous soft robots.

“This technique opens up new possibilities for the broad use of [artificial muscles] in robotics,” researcher Herbert Shea said in the release, “for swarms of intelligent robotic insects, for inspection or remote repairs, or even for gaining a deeper understanding of insect colonies by sending a robot to live amongst them.”

READ MORE: A soft robotic insect that survives being flattened by a fly swatter [EPFL newsroom]

Cop Bots
India Just Swore in Its First Robot Police Officer
2. 20. 19
Read More
Micro Muscles
These Gummy-Like Robots Could Keep Us Healthy From Within
2. 10. 19
Read More
The ‘Hexbot’ Transforms Your Desk Into a 3D Printer and High-Tech Assembly Line
2. 5. 19
Read More
+Social+Newsletter
TopicsAbout UsContact Us
Copyright ©, Camden Media Inc All Rights Reserved. See our User Agreement, Privacy Policy and Data Use Policy. The material on this site may not be reproduced, distributed, transmitted, cached or otherwise used, except with prior written permission of Futurism. Fonts by Typekit and Monotype.