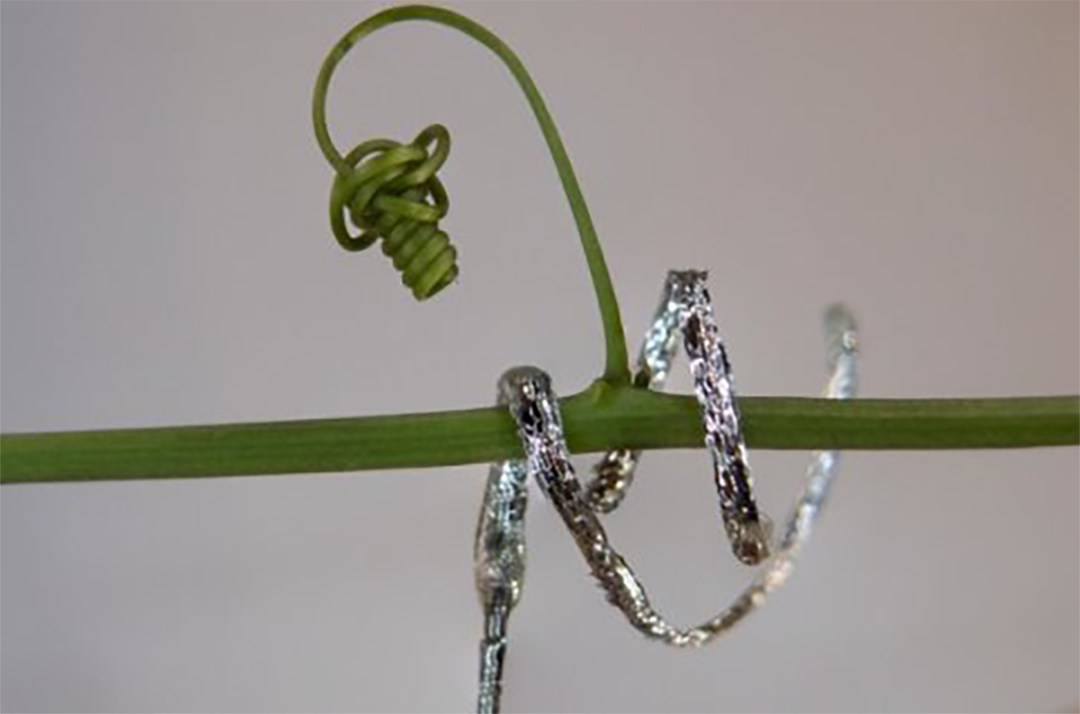 This Soft Robot Mimics Plant Tendrils To Creep and Climb

This little sprout has got places to go! 🌱

This little sprout has got places to go! 🌱

Soft robots have taken a page from the plant playbook. Using physical properties similar to those found in plants, researchers from the Istituto Italiano di Tecnologia (IIT) in Genoa, Italy have created a soft robot capable of creeping and climbing similar to the way plant vines do. Their research, published last week in the journal Nature Communications, could lead to an new generation of soft robots and wearable technology, such as bracelets capable of altering their shape.

We don't often think about movement in plants. One of the most commonly pictured examples of plant movement might be the closing of leaves in a carnivorous venus flytrap. But many kinds of plants move, their movement is just focused on which direction they slowly grow. In order to direct their growth, plants exploit water transport or osmosis within their cells.

IIT's soft robot, which has a flexible polyethylene body filled with a liquid charged with ions, mimics this process. Using a low-voltage battery the flow of electrically-charged liquid within the robot can be directed to one side or the other. The movement of the liquid causes the robot to move in suite, allowing it to wind and creep similar to a plant vine. It's simple enough to unwind the robot by reversing the polarity of the charge.

Similar to movement in plants the process takes time as seen in the video clip above.

It's among the first of times a soft robot has mimicked plant movement but the early experiment demonstrates the feasibility of a concept which could lead to super strong robots capable of adapting to their environment or working with organic beings without danger of squishing them. It could also inspire future generations of soft robots which exploit other biological processes to navigate challenging situations.

More on Soft Robots: Scientists Manipulated a Material for Robots That Grows Like Human Skin

Robot Uprising
How Killer Robots Will Know They've Been Blasted With a Shotgun
11. 28. 18
Read More
We Now Have Soft Robots With a Sense of Touch. But Why?
3. 2. 18
Read More
New Artificial Muscles Lift 1000 Times Their Own Weight
11. 28. 17
Read More
+Social+Newsletter
TopicsAbout UsContact Us
Copyright ©, Camden Media Inc All Rights Reserved. See our User Agreement, Privacy Policy and Data Use Policy. The material on this site may not be reproduced, distributed, transmitted, cached or otherwise used, except with prior written permission of Futurism. Articles may contain affiliate links which enable us to share in the revenue of any purchases made.
Fonts by Typekit and Monotype.