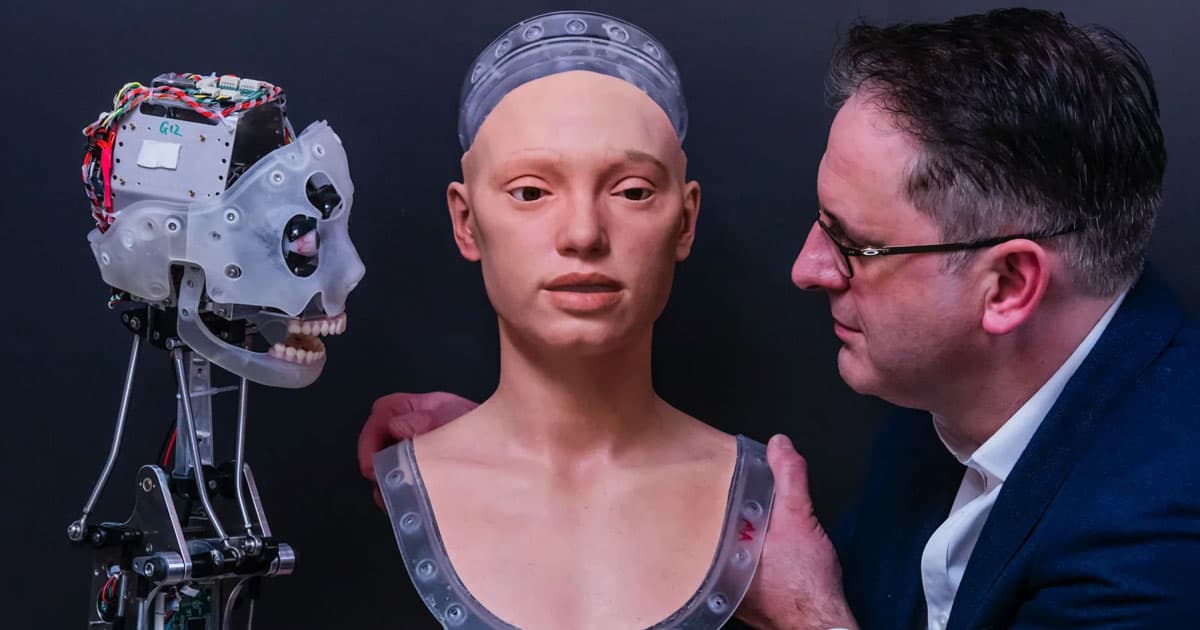 A Fleshy New Humanoid Sketches You, Mimics Your Facial Expressions

Her first art pieces will go on display in a gallery in November.

Her first art pieces will go on display in a gallery in November.

Today's robots can run,  talk, and even learn. But can they become artists?

UK engineers from robotics company Engineered Arts are building a robot called "Ai-Da," which will eventually be able to draw and even paint, Reuters reports. Thanks to a pencil attached to her robotic arm, Ai-Da is capable of sketching what she can see with her robotic eyes, which relay information to her arm. And did we mention that her face is like an almost-there human mask capable of facial expressions?

"There’s AI (artificial intelligence) running in the computer vision that allows the robot to track faces to recognize facial features and to mimic your expression," Marcus Hold, Design and Production Engineer at Engineered Arts, told Reuters.

And the art actually has value: an AI artwork sold for almost half a million dollars at Christie's Auction House in December.

But Ai-Da is different: so far robots and machine learning systems have learned from existing human art. Ai-Da is inspired by the physical world around her.

Artist in the Making

As of right now, Ai-Da is a mostly a robotic skeleton with human features like eyes, skin and a mouth. She's able to follow movement with her eyes, react to movement and even blink in shock.

She will make her big public debut at University of Oxford's "Unsecured Futures" exhibition in May. Ai-Da's art will even be shown off at a London art gallery in November.

More on robot art: Qbits for Cubists: Robots Made These Incredible Works of Fine Art