Impressive, but it's not going to fool anybody. 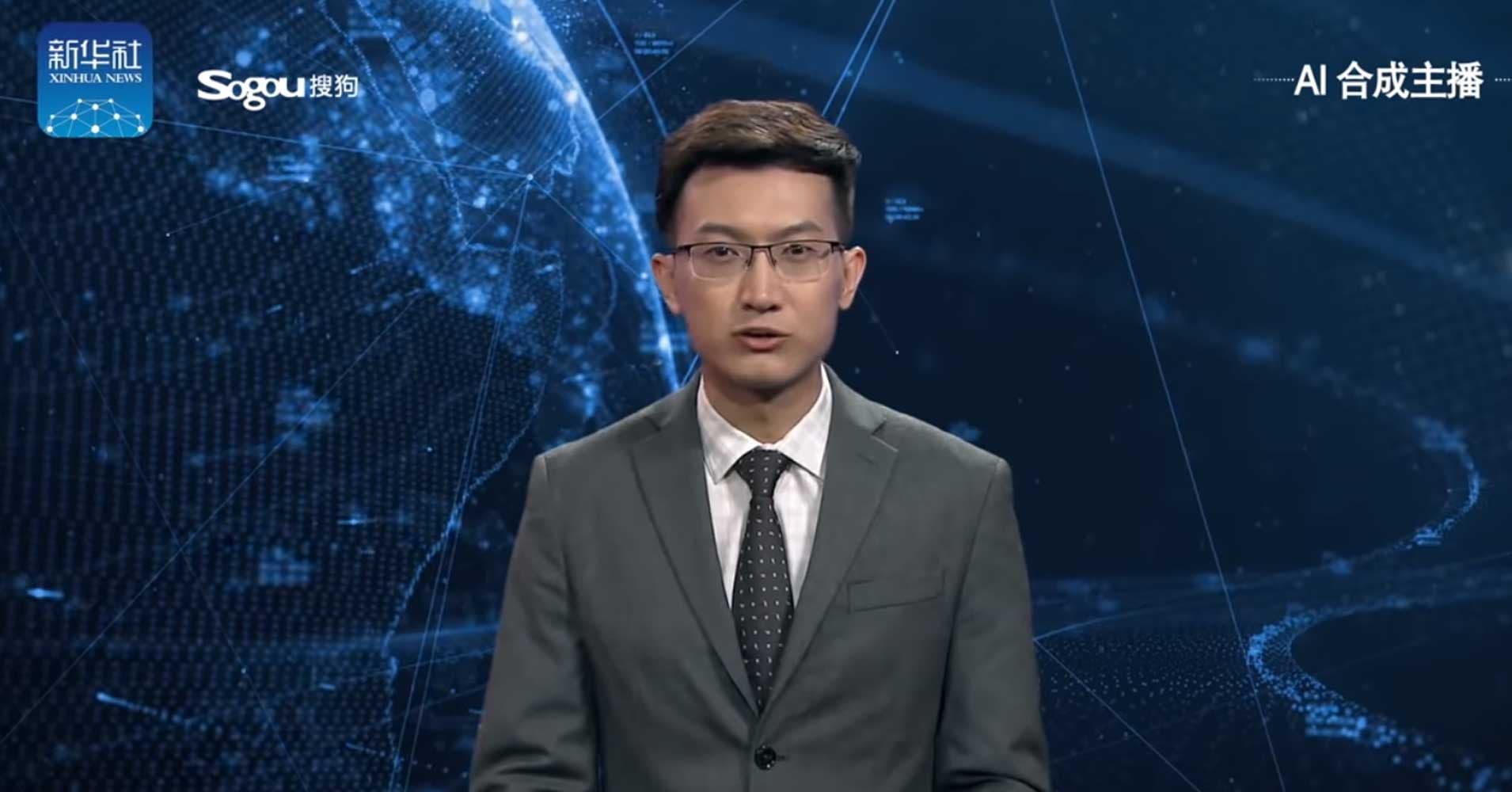 No jobs are safe from automation — not even reading the news on TV.

China's state media agency Xinhua just revealed the first "AI anchor" that can talk, move, and act like a real human news anchor. It also revealed an English version of its new AI anchor that you can check out in the video below:

Xinhua created the anchor in collaboration with search engine company Sogou.com. They fed live broadcasting videos to an algorithm to teach the AI anchor to speak. According to a Xinhua blog post, the AI was created to reduce "news production costs," and improve efficiency.

The anchor's movement seems very fluid and life-like, and visually it's really only the mouth that gives away the illusion as The Verge points out.

But the English anchor's speech leaves a lot to be desired. We've seen artificial voices fool humans over the phone before with Google's Duplex technology — but this particular instance isn't going to fool anybody. While it's based on a real English-speaking news anchor, the voice still sounds very robotic, and awkward.

Taking the human element out of news broadcasting might reduce costs, but isn't bound to make it any more engaging. Listening to a monotonous robot drone on about world trade and politics doesn't really sound like the utopian future we're all hoping for.

But considering the speed at which machine learning and AI is developing, it's not hard to imagine a future where AI anchors are going to be indistinguishable from the real thing — for better or for worse.

More on AI news: A New Contest Is Looking For AI That Can Fix How We Get Our News

Read This Next
Artificial Baby
Chinese Scientists Create System to Care For Embryos in Artificial Womb
Health Sale
Remember IBM's Amazing Watson AI? Now It's Desperately Trying to Sell It Off
From Our Partners
How to Stay Focused At Work And Meetings Using AI
From Our Partners
Improve Your Writing With Artificial Intelligence Tool Rytr And Earn $20 In Store Credit
From Our Partners
Harness Artificial Intelligence For Your Copywriting With Writesonic
More on Sci-Fi Visions
Health Revelation
Nov 22 on neoscope
Chris Hemsworth Reveals Grim Genetic Test Results, Will Take Break From Acting
Cybersecurity Dis...
Nov 13 on the byte
Insurance Company Refuses to Pay Ransom, So Hackers Start Releasing Health Records of Up To 10 Million People
PDA
Nov 9 on futurism
Elon Musk Is Faving Posts on Twitter That Are Making Our Skin Crawl With Embarrassment
READ MORE STORIES ABOUT / Sci-Fi Visions
Keep up.
Subscribe to our daily newsletter to keep in touch with the subjects shaping our future.
+Social+Newsletter
TopicsAbout UsContact Us
Copyright ©, Camden Media Inc All Rights Reserved. See our User Agreement, Privacy Policy and Data Use Policy. The material on this site may not be reproduced, distributed, transmitted, cached or otherwise used, except with prior written permission of Futurism. Articles may contain affiliate links which enable us to share in the revenue of any purchases made.
Fonts by Typekit and Monotype.