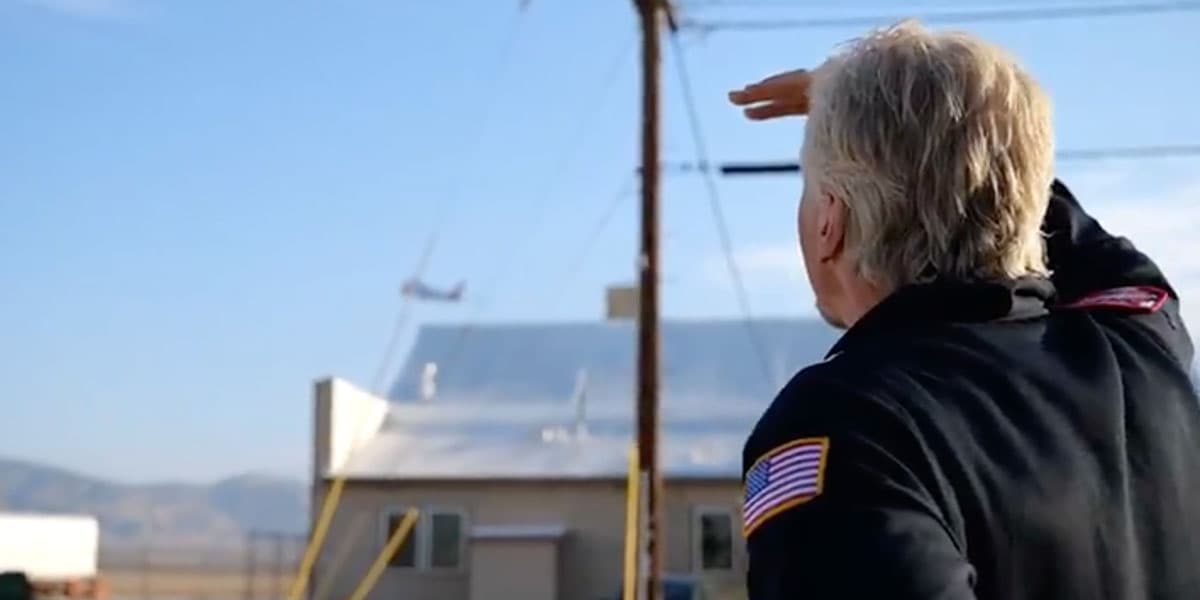 Following Virgin Orbit's successful launch of seven satellites via a rocket dropped from the wing of a Boeing 747 jet liner this morning, CEO Richard Branson threw a jab at the competition.

During a televised interview with CNBC's Kelly Evans, the Virgin Group CEO made light of reports that Blue Origin and Amazon founder Jeff Bezos might beat him to space.

"Are you trying to beat Jeff Bezos into space?" Kelly asked Branson.

Earlier this month, Bezos revealed that he and his brother will be traveling to the edge of outer space on July 20.

"Ever since I was five years old, I’ve dreamed of traveling to space," Bezos said in a statement at the time.

A day later, rumors started swirling that Branson may just beat him there, scheduling a trip to space on board his space company Virgin Galactic's spaceplane as soon as July 4.

While both Blue Origin's New Shepard and Virgin Galactic's SpaceShipTwo are technically capable of reaching space, they're both only able to fly to the internationally agreed upon edge of space, an altitude of 62 miles.

The reports of Branson's imminent trip have yet to be confirmed — and even during today's interview, Branson remained tightlipped.

"Because Virgin Galactic is a public company, I am not allowed to talk about that," Branson told CNBC. "I'm sure that at some stage I'll come and talk to you."

But the 70-year-old is ready whenever. "When the engineers tell me I can go to space, I will go to space," he added.