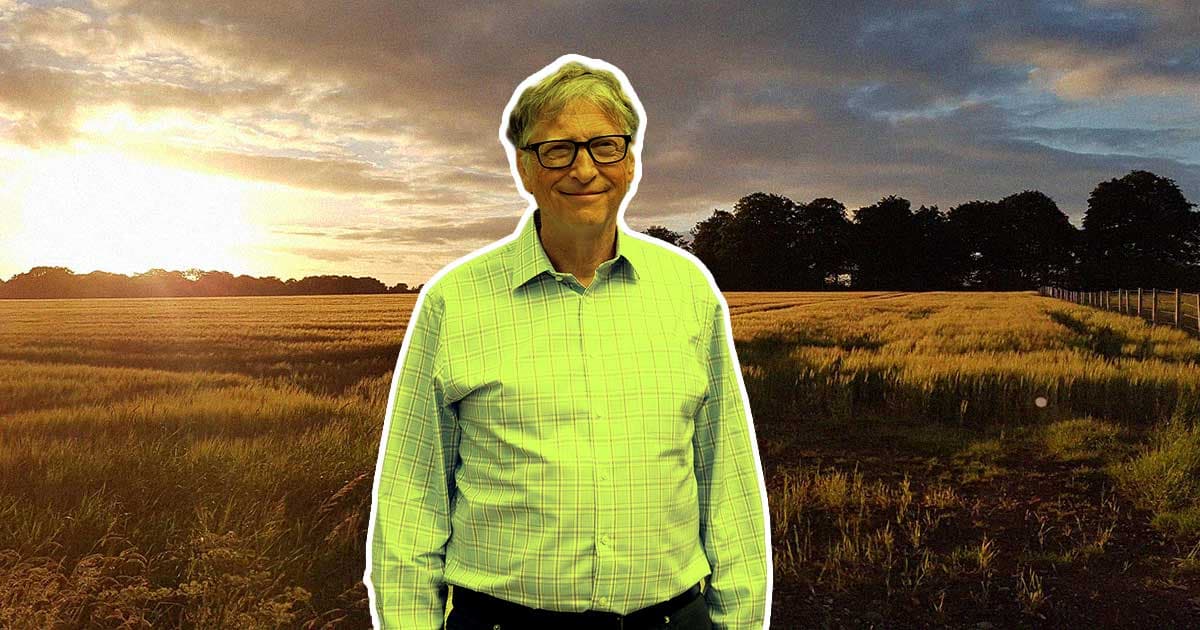 The acquisition, however, wasn't without drama — the tech mogul had to fight state law to buy it, and a number of locals are less than thrilled with the outcome.

"I've gotten a big earful on this from clear across the state, it's not even from that neighborhood," said North Dakota’s Agriculture Commissioner Doug Goehring when speaking to local television station KFYR-TV last month. "Those people are upset, but there are others that are just livid about this."

The North Dakota law in question, enacted during the Depression to protect struggling family farms, bars corporations and some other businesses from owning farmland.

Individual trusts, however, are allowed to buy agriculture land if they lease it back to farmers, which according to the AP is what Gates' firm plans to do. Thus, the controversial philanthropist was able to secure the property.

It's an interesting shift — ultra-wealthy tech innovator to agricultural overlord — but Gates isn't the only well-known billionaire putting their faith in the resource. Nebraska-enthusiast (and longtime Gates pal) Warren Buffet is a fan of the investment, and recently remarked that he'd hock over $25 billion for a "1 percent interest in all the farmland in the United States."

Both figures are notorious for their hatred of Web3 assets like crypto and NFTs, so it's not surprising that they're each fans of this necessary — and tangible — resource.

Regardless, land has long equated to wealth, and wealth, of course, is power, all of which Gates has a lot of already. And as property values continue to skyrocket alongside ever-increasing land consolidation, it's definitely worth keeping an eye on who owns what — and just how much of it, exactly, they've managed to scoop up.

Hey Bill
Bill Gates Funded the Company Releasing Gene-Hacked Mosquitoes
4. 28. 21
Read More
Climate Connection
Bill Gates Attempts to Explain Why He Bought More Farmland Than Anyone Else in America
3. 22. 21
Read More
Brands We Love
Farmtogether Is a Crowdfunding Platform That Lets Anyone Invest in US Farmland
1. 4. 21
Read More
+Social+Newsletter
TopicsAbout UsContact Us
Copyright ©, Camden Media Inc All Rights Reserved. See our User Agreement, Privacy Policy and Data Use Policy. The material on this site may not be reproduced, distributed, transmitted, cached or otherwise used, except with prior written permission of Futurism. Fonts by Typekit and Monotype.