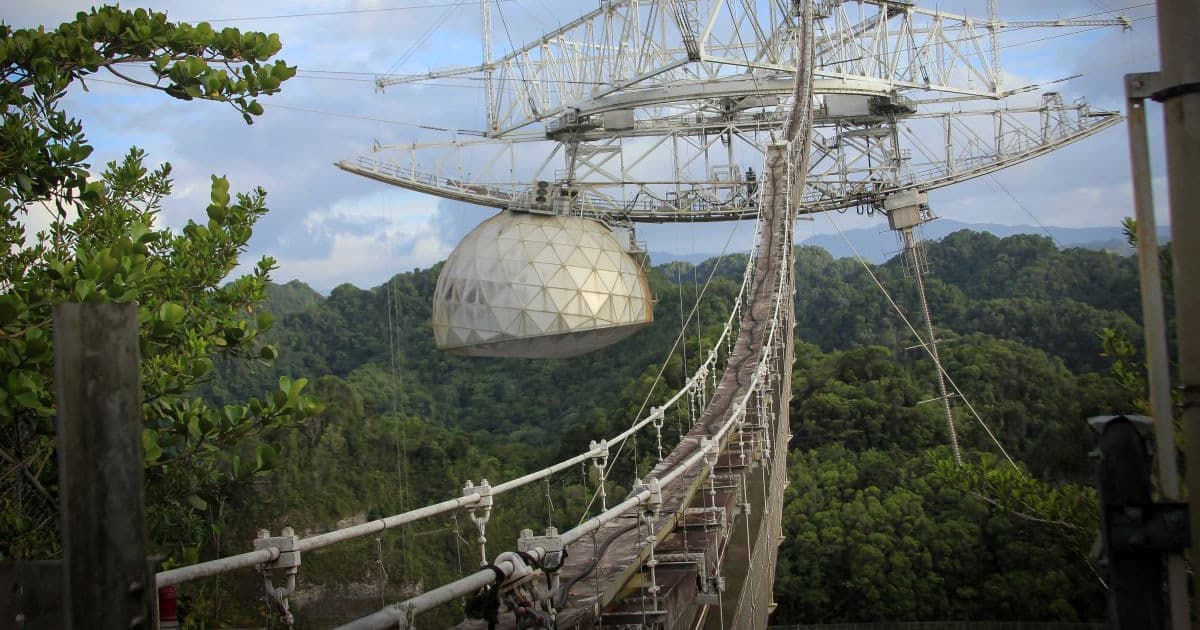 We Have the Technology

"With the appropriate funding, we have a viable path towards reconstruction."

"With the appropriate funding, we have a viable path towards reconstruction."

Researchers working at the Arecibo Observatory, which collapsed earlier this month, are calling for the massive radio telescope to be rebuilt, NBC News reports.

On Tuesday morning, the 900-ton platform suspended above the delicate 1,000 foot dish came crashing down following several support cables snapping under the weight in October and November.

For many in the scientific community, the collapse crushed hopes and dreams as well\.

"I worked so hard to finally get accepted to work in the Arecibo Observatory," Ferrer added. "And now that I got accepted, I can't work in it."

"It's a tragedy because we're seeing our dreams fading away," said Kevin Ortiz, another fourth year physics student at the university.

Prior to the collapse, scientist coalitions on the island were collecting signatures to ask the White House to save the aging structure. Now, the same groups are turning to Congress to ask for help.

"With the appropriate funding, we have a viable path towards reconstruction," Ortiz argued to NBC, adding that the investigations facility and the visitor's center are still intact.

"The educational impact of the observatory is incalculable, at all levels, from professionals and college students to the high school academy and the elementary schools that visit our center," he added.

Spider Stars
Astronomers Discover "Spider Stars" That Tear Apart Other Stars
1. 19. 21
Read More
RIP
Iconic Arecibo Alien-Hunting Observatory Will Be Demolished
11. 19. 20
Read More
The Most Astounding Bioluminescent Wonders on Planet Earth
4. 26. 14
Read More
+Social+Newsletter
TopicsAbout UsContact Us
Copyright ©, Camden Media Inc All Rights Reserved. See our User Agreement, Privacy Policy and Data Use Policy. The material on this site may not be reproduced, distributed, transmitted, cached or otherwise used, except with prior written permission of Futurism. Articles may contain affiliate links which enable us to share in the revenue of any purchases made.
Fonts by Typekit and Monotype.