The Most Astounding Bioluminescent Wonders on Planet Earth

These glowing creatures will take your breath away. 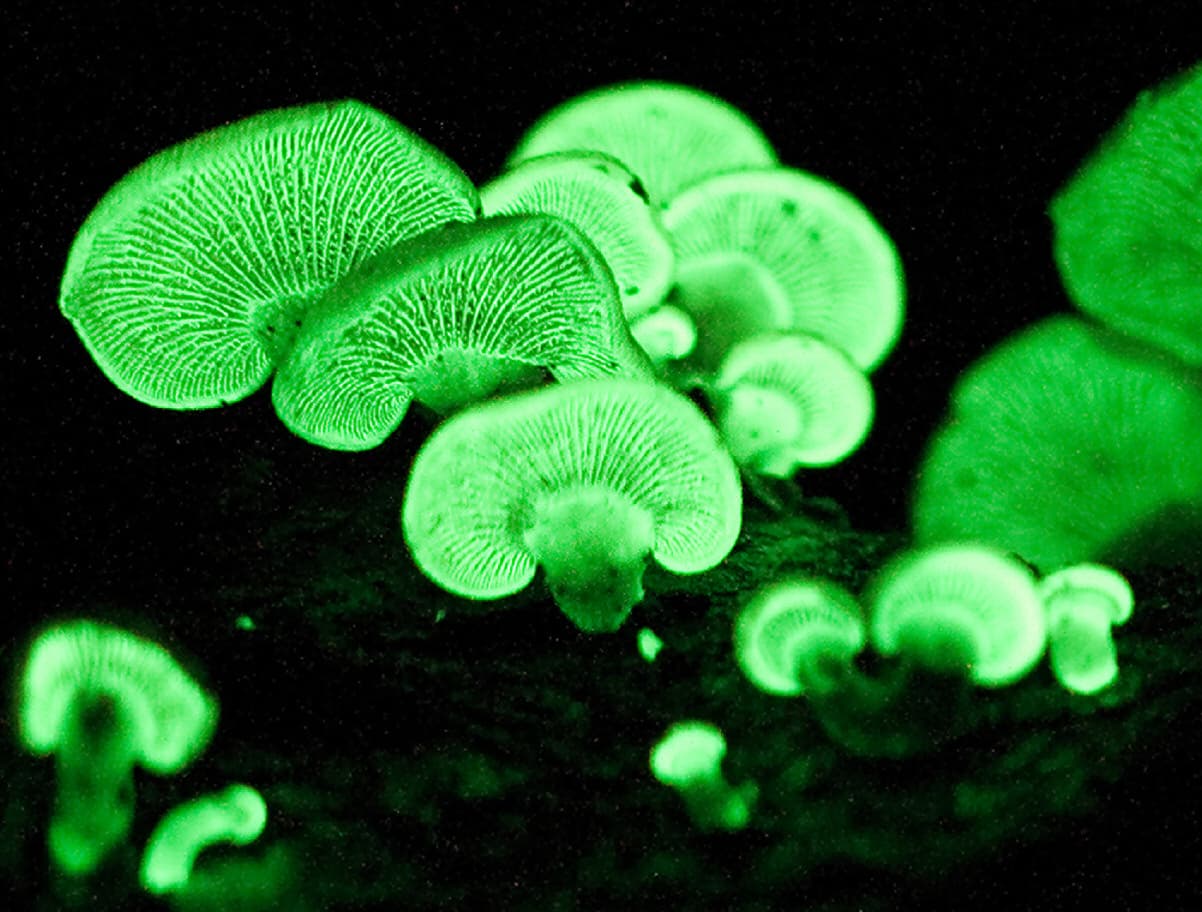 "Evolution" is a word that is easily recognizable to many people (even those that refuse to believe it's a real thing). Through evolution, or at least the act of it, creatures in the animal kingdom have gained abilities that far exceed those of you and I.  One of those characteristics is bioluminescence, and it can be incredible when a bunch of these organisms are present in one place.

Here are a few great examples of places you can visit to see bioluminescence in action:

Without knowing what you are looking at, this image seems rather perplexing—like someone installed blue twinkly lights in the sand, or someone had dumped a trunk full of broken glow sticks into the ocean. Both things are hilariously wrong. These great images show the work of bioluminescent creatures.

These lakes aren't the only ones that glow in the dark, but they might be the most notable. The waters here are inhabited by huge populations of microorganisms called noctiluca scintillans. These images were taken when the lake was abnormally bright. This has been attributed to a series of brush fires that swept through Australia late in 2006. Once the fires stopped, the immediate area received a record-breaking level of rainfall, which channeled a lot of the run-off back into the lake—nutrients and the like. Said nutrients allowed synechococcus algae to flourish.  They, in turn, provided Noctiluca Scintillans—naturally bioluminescent organisms—with sustenance, which gave way to the colorful, overtly-bright blue hue of the Gippsland Lakes.

Even more amazing is people temporarily glow in the dark after rising from the water.

The Bioluminescent Bays of Puerto Rico:

To reiterate, the Gippsland Lakes aren't the only ones that harbor bioluminescent creatures. Puerto Rico is home to three of them (or bays, to be more specific), one off La Parguera, another in La Laguna Grande, and finally, "Mosquito Bay." Their glow is generated by dinoflagellates, or oceanic plankton, that tend to be less productive than other bioluminescent organisms.

It's a good thing they are so prevalent. Once they are activated by touch, they can only bioluminate for a split second before they fade away. Yet, their glow is still highly perceivable to the human eye, thus we see the greenish-blue hue of their flashes quite clearly.

One of the lakes located off the northeastern coast of Puerto Rico ignited a mystery back in 2013. Out of nowhere, the lake "turned off" or "went dark." Biologists and environmentalists have laid the blame squarely at the feet of a neighboring water treatment plant. Another blames construction run-off. Whatever the case, we need to do whatever it takes to protect regions such as these, the ones that highlight the wonderful diversity of nature.

The Glow-Worm Caves of New Zealand:

A list complied about bioluminescent creatures wouldn't be complete without an entry mentioning the so-called "Glow Worm Caves" of New Zealand—the Waitomo caves, to be specific. Within them, millions-upon-billions of tiny bioluminescent critters dwell along the ceiling and walls, providing stark contrast to the darkness that hides within.

These tiny, light-giving creatures—called bioluminescent larvae (more properly known as Arachnocampa luminosa)—are roughly equivalent in size to an average mosquito. Not to mention that they are indigenous (and exclusive) to New Zealand. It's easy to see why the caves are world-famous. After all, the creatures are the biological equivalent of the Milky Way, giving off the appearance of glowing "stars."

The Glowing Millipedes of Alcatraz (Bonus):

Though not an explicit example of bioluminescence (there are only about seven species that are truly bioluminescent), this is still worth mentioning.

When the infamous Alcatraz prison—located in the San Francisco Bay area—closed its doors permanently in 1963, nature overtook the small island it was perched on, paving the way for the rampant reproduction of rodent populations. In order to combat this issue, National Park Service employees took an unconventional approach toward ridding the island of the rats, which were threatening bird populations. They did so by placing non-toxic dyes into their food—resulting in the animals excreting  flourecent droppings that can easily be observed using a black light.

After a team of volunteers from the UC Davis entomolgy club ravaged the island in search of the intrusive rodents, they found something else entirely; small, fluorescent millipedes (from the Xystocheir dissecta species) lit up under the glow of the ultraviolet light .

This particular species does not produce its own light. Instead, it hosts a chemical in its exoskeleton that absorbs the light, before reemitting it at a different wavelength.

Enjoy this article? Check out; "6 Beautiful Places on Earth (That are Secretly Horrifying)" Or our list about the most incredible places on Earth.

Read This Next
Avatar 7
These Gene-Hacked Glowing Plants Look Incredible
Futurism
New Zealand May Use Genetic Tech to Wipe Out "Undesirable" Species
Futurism
"Glowing Mushroom" Discovery Could Revolutionize Biology
Futurism
Breakthrough Chemistry: We Can Now Create A New Form of Light
Futurism
This Glow-In-The-Dark Pet Is Actually Alive
More on Hard Science
Tractor Beam
Yesterday on the byte
Scientists Build Working Tractor Beam, Although It's Comically Tiny
Having a Blast
Jan 18 on the byte
New Study Shows Where You Should Hide to Survive a Nuclear Attack
Offworld Amino
Jan 15 on the byte
Scientists Find Building Blocks of Life in Meteor That Smashed Into Family's Driveway
READ MORE STORIES ABOUT / Hard Science
Keep up.
Subscribe to our daily newsletter to keep in touch with the subjects shaping our future.
+Social+Newsletter
TopicsAbout UsContact Us
Copyright ©, Camden Media Inc All Rights Reserved. See our User Agreement, Privacy Policy and Data Use Policy. The material on this site may not be reproduced, distributed, transmitted, cached or otherwise used, except with prior written permission of Futurism. Articles may contain affiliate links which enable us to share in the revenue of any purchases made.
Fonts by Typekit and Monotype.