Breakthrough Chemistry: We Can Now Create A New Form of Light

A long-standing rule of chemistry was broken, and with it, a new form of light created. 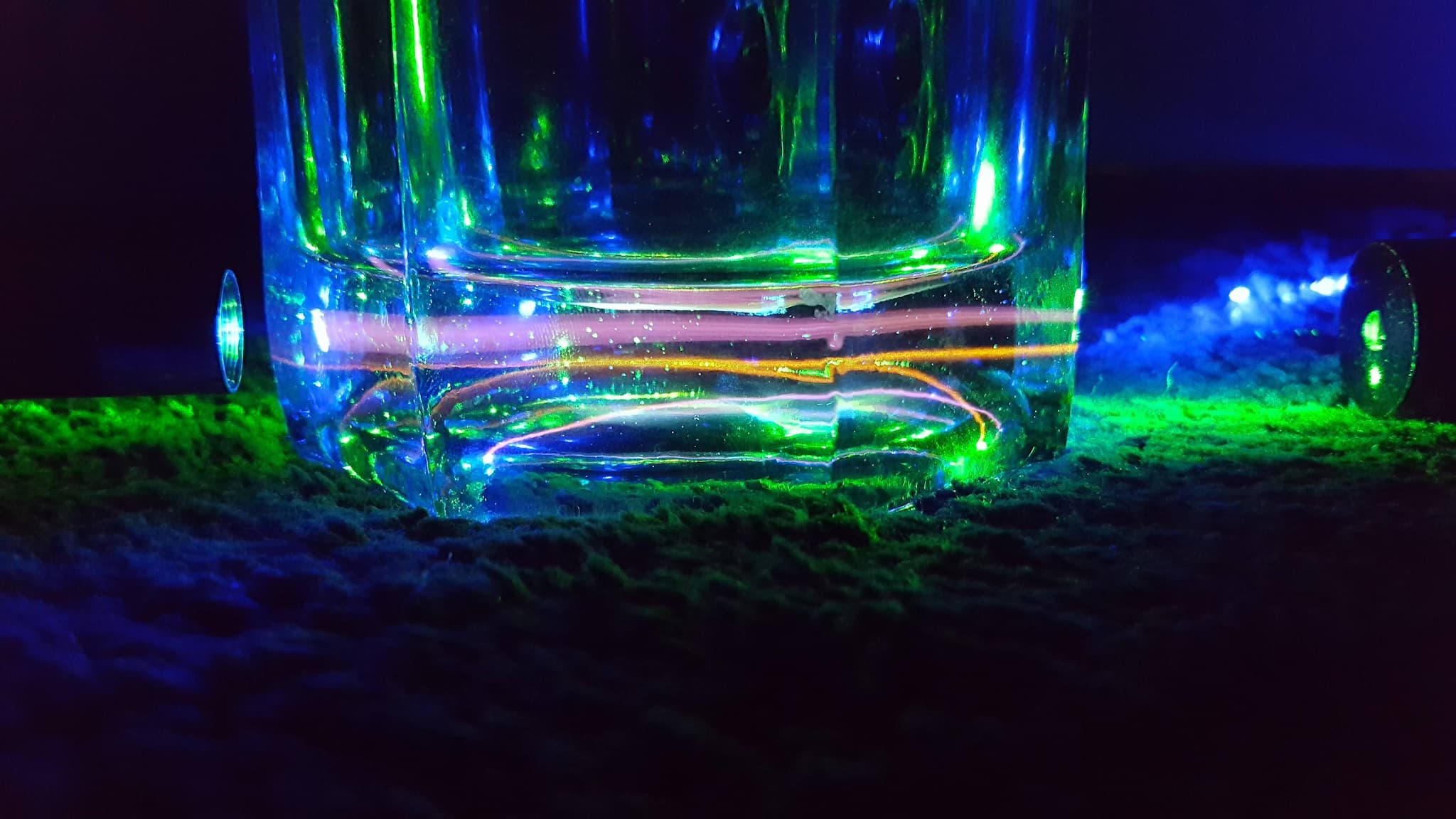 "We found a new way that the universe works that we didn't understand before," says Matthew Liptak, chemist and co-head of an exciting new study, published in Nature Chemistry. Scientists from University of Vermont and Dartmouth College have discovered a new way that molecules light up.

The organic light sources are called molecular rotors, naturally-occurring proteins with an elongated, twisted structure. Now, the proteins naturally vibrate, and when placed in a thick solution with high viscosity, it's expected that the vibration will be limited. "[They] can sense viscosity within a cell," Liptak says.

What makes this discovery profound is that the molecular rotors' behavior totally defies a long-standing rule of chemistry called Kasha's Rule. In 1950, the famed chemist of the same name established that a luminescent molecule will emit light at a constant intensity, regardless of the energy directed to it. In other words, a molecule subjected to higher energy would just become hotter, not any brighter. But this isn't the case with Liptak and his team's discovery: the more that the energy of the rotors are suppressed, the brighter and more energetic is the luminescence observed. The researchers coined this behavior as Suppression of Kasha's Rule (SOKR).

"The compound we found is very bright, and due to its viscosity sensitivity, may have a multitude of applications," says Morgan Cousins, co-author on the new study. This new discovery may be the light that applications like cellular study need. The differences in viscosity, or the "thickness" of liquid, of subcellular components could be harnessed to reveal previously unseen behavior. Currently, the molecules are not safe for human use, but the scientists are currently hunting for similar bio-compatible compounds. As Phys.org explains, this discovery could have some applications in medical science, especially diagnostics. Should bio-compatible organisms be found, they can be incorporated with medical dyes to conduct testing in ways never before conceived.

It's clear that the universe is still bursting to the seams of undiscovered brilliance. What we've solidified as a natural rule before could still so easily be broken—a curious little molecule lighting up our perspective showed us just that.

Read This Next
Avatar 7
These Gene-Hacked Glowing Plants Look Incredible
Futurism
"Glowing Mushroom" Discovery Could Revolutionize Biology
Futurism
This Glow-In-The-Dark Pet Is Actually Alive
Futurism
The Most Astounding Bioluminescent Wonders on Planet Earth
More on Hard Science
Tractor Beam
Yesterday on the byte
Scientists Build Working Tractor Beam, Although It's Comically Tiny
Having a Blast
Jan 18 on the byte
New Study Shows Where You Should Hide to Survive a Nuclear Attack
Offworld Amino
Jan 15 on the byte
Scientists Find Building Blocks of Life in Meteor That Smashed Into Family's Driveway
READ MORE STORIES ABOUT / Hard Science
Keep up.
Subscribe to our daily newsletter to keep in touch with the subjects shaping our future.
+Social+Newsletter
TopicsAbout UsContact Us
Copyright ©, Camden Media Inc All Rights Reserved. See our User Agreement, Privacy Policy and Data Use Policy. The material on this site may not be reproduced, distributed, transmitted, cached or otherwise used, except with prior written permission of Futurism. Articles may contain affiliate links which enable us to share in the revenue of any purchases made.
Fonts by Typekit and Monotype.