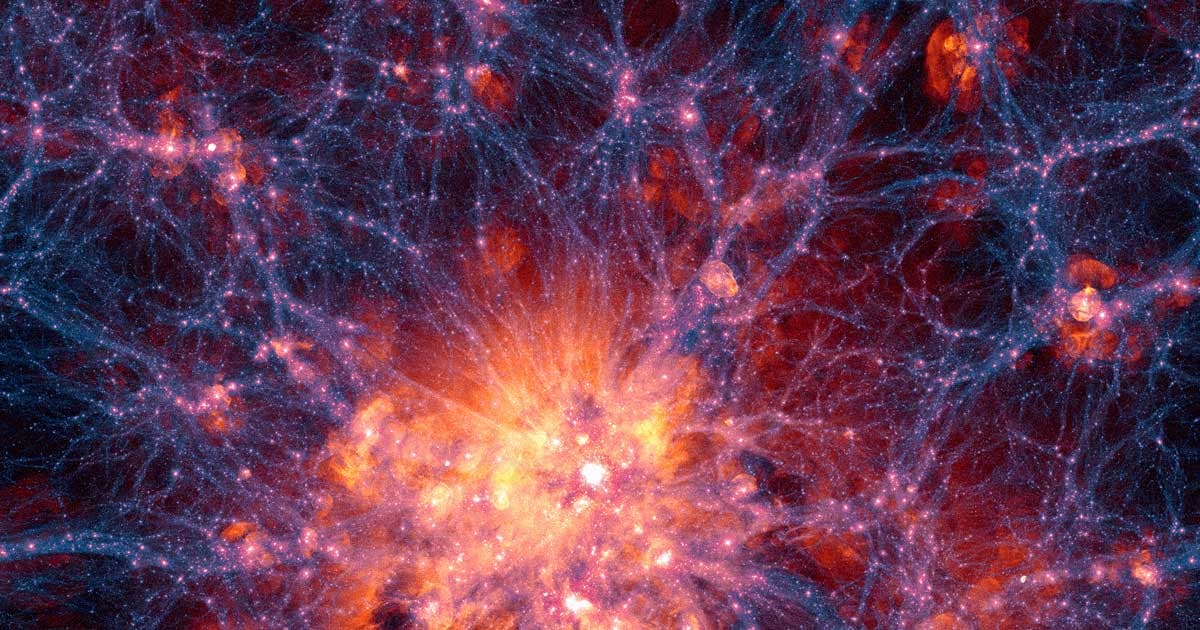 New Research: Antimatter Could Be Portal to "Dark Universe"

Scientists have a new plan to spot dark matter.

Scientists have a new plan to spot dark matter.

The key to finally finding dark matter may be hiding in antimatter, the weird inverse version of the matter that we can see and touch.

The longstanding assumption among physicists has been that dark matter — the invisible stuff that physicists believe makes up most of the universe — doesn't interact with antimatter any differently than it does regular matter, according to Gizmodo. But a team of scientists is now challenging that assumption, with research that may finally nail down the mysteries of dark matter.

The international team led by a scientist at Japan's Riken research institute revisited existing CERN data from 2017 on the behavior of antiprotons — the conveniently-named antimatter version of protons — to search for signs that they were being influenced by a theoretical dark matter particle called an axion, according to research published Wednesday in the journal Nature.

Nothing popped out at them. But the scientists plan to amp up the sensitivity of their instruments and try again in the near future, Gizmodo reports.

Until then, we have to hope that myriad of ways scientists have discovered how not to discover dark matter, much like the famous Edison lightbulb quote, finally lead to the right answer.

READ MORE: Could Antimatter Be the Portal Into the Dark Universe? [Gizmodo]