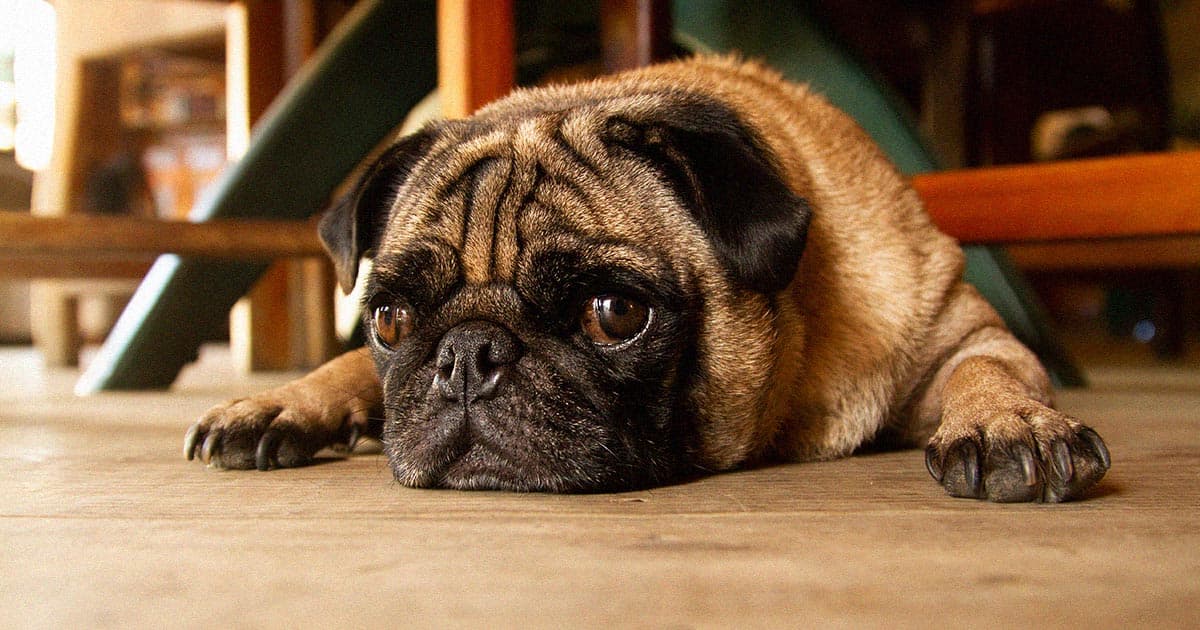 Pugs Are So Grotesque They Can Barely Be Considered Dogs, Experts Say

Your pug is not okay.

Your pug is not okay.

It's hard to overstate just how messed up pugs are.

Case in point, researchers from the UK's Royal Veterinary College published findings on pug health yesterday in the journal Canine Medicine and Genetics finding that the unfortunate critters' squished brains that are too big for their skulls, their spines are messed up, they can barely breathe, and are predisposed toward almost every possible illness.

Worst of all, it's entirely our fault, because humans bred them into this grotesque form for, well, their cuteness.

"We now know that that several severe health issues are linked to the extreme body shape of Pugs that many humans find so cute," Dr Dan O’Neill, associate professor at the RVC and lead study author, said in a statement. "It is time now that we focus on the health of the dog rather than the whims of the owner when we are choosing what type of dog to own."

The news about pug health — or the lack thereof — may shock some, but plenty of folks in the dog breeding and rescue communities have long voiced concerns.

Back in 2016, an anonymous op-ed writer called pugs an "anatomical disaster" in the Guardian, calling on vets to speak out even if it cost them business. Groups like UK veterinary charity People's Dispensary for Sick Animals (PDSA) have long said pugs are high-risk in terms of health and that something should be done. In the RVC statement, the British Veterinary Association president also said not buying pugs from breeders is a start to solving the problem.

Given that humans might also be causing the largest mass extinction event since the time of the dinosaurs, though, maybe it's not exactly a surprise that we're warping another species into a lifetime of suffering because we're hooked on adorableness.

More on humans killing things: Much Like Hipsters, Scallops Can Be Lured to Their Deaths By Disco Lights

Walls Up
China Is Building a Huge New Wall to Allegedly Keep COVID Out
Feb 3
Read More
Tell All
"No Chance Is a Corporation Going Near My Brain": Futurism Mailbag
2. 6. 21
Read More
Brands We Love
This High Tech Fitness Screen Might Put Health Clubs and Gyms Out of Business
8. 18. 20
Read More
+Social+Newsletter
TopicsAbout UsContact Us
Copyright ©, Camden Media Inc All Rights Reserved. See our User Agreement, Privacy Policy and Data Use Policy. The material on this site may not be reproduced, distributed, transmitted, cached or otherwise used, except with prior written permission of Futurism. Fonts by Typekit and Monotype.