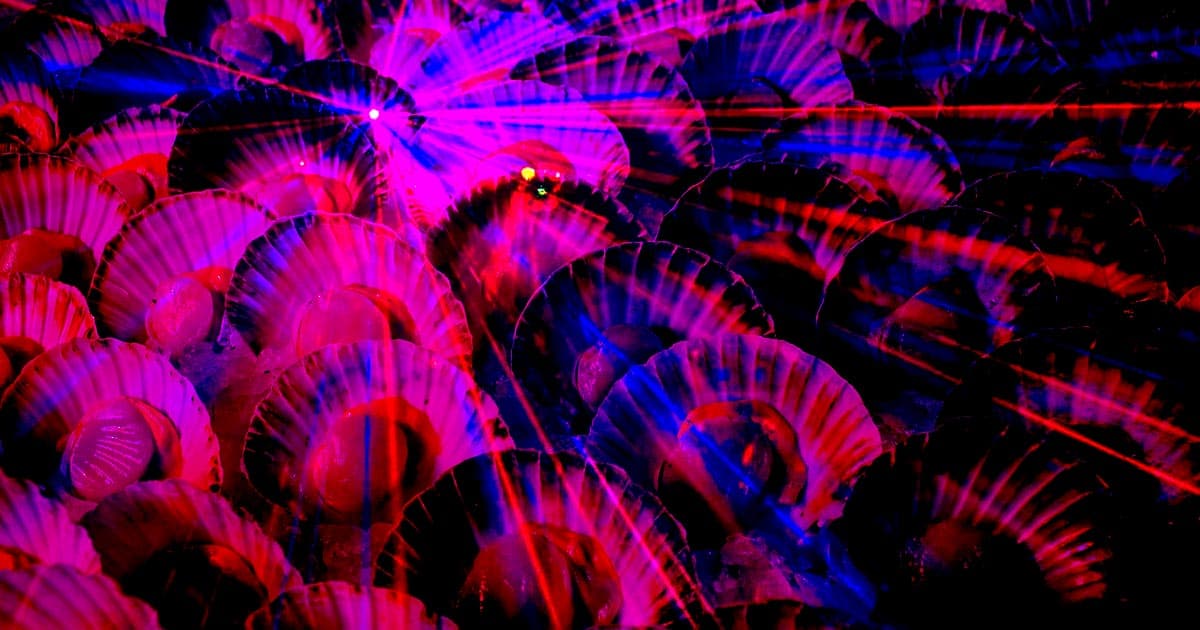 Much Like Hipsters, Scallops Can Be Lured to Their Death by Disco Lights

Just like your average EDM fan, scallops can, as it turns out, be captured more easily when you turn on the pretty lights for them.

As The Guardian reports, a group of fishing consultants (yes, that's a thing) have devised a devious plot to lure unsuspecting scallops — by flashing "disco" lights inside trap baskets, which apparently attracts them.

This technique was actually created by the British Fishtek Marine consultancy to lure in crabs, but to their surprise, it was scallops — which, apparently, each have more than 200 eyes — that were more into the pretty lights.

"It’s like a scallop disco – illuminate the trap and they come in," Dr. Rob Enver, Fishtek's chief marine scientist, told The Guardian. "It’s astonishing that no one else has discovered this before. It’s quite an exciting find."

While it's kind of heartbreaking to watch these cute shelled creatures jump to their doom after seeing the same kinds of lights we enjoy in bars and on dancefloors, this technique can apparently help the global over-fishing problem as well.

Most of the scallops caught for human consumption today are captured via dredging, a harmful means of fishing that harms marine life when done at large scale. The more environmentally conscious alternative, the report notes, is done by scuba divers handpicking scallops, but this is obviously much more expensive and time-consuming.

With this new technique, however, fishers can catch scallops much more easily, and in a way much less likely to harm the marine floor, Fishtek told The Guardian.

The experiment has made waves in the academic and ecological communities as well, with a new paper published in the Journal of Fisheries Research this week lauding the "low-impact" potted light scallop-fishing method.

This could be huge for scallop fishing — and maybe we'll give them some music to jam to before they're taken to their dooms, too.

Explosive Context
Scientists: Ocean Warming at the Rate of Five A-Bombs per Second
1. 14. 20
Read More
Why Are British Beaches Littered With Dying Marine Life? 3 Things You Need to Know.
3. 6. 18
Read More
Microplastics Endanger All Marine Life, From Fish to Top Predators
2. 22. 18
Read More
+Social+Newsletter
TopicsAbout UsContact Us
Copyright ©, Camden Media Inc All Rights Reserved. See our User Agreement, Privacy Policy and Data Use Policy. The material on this site may not be reproduced, distributed, transmitted, cached or otherwise used, except with prior written permission of Futurism. Articles may contain affiliate links which enable us to share in the revenue of any purchases made.
Fonts by Typekit and Monotype.