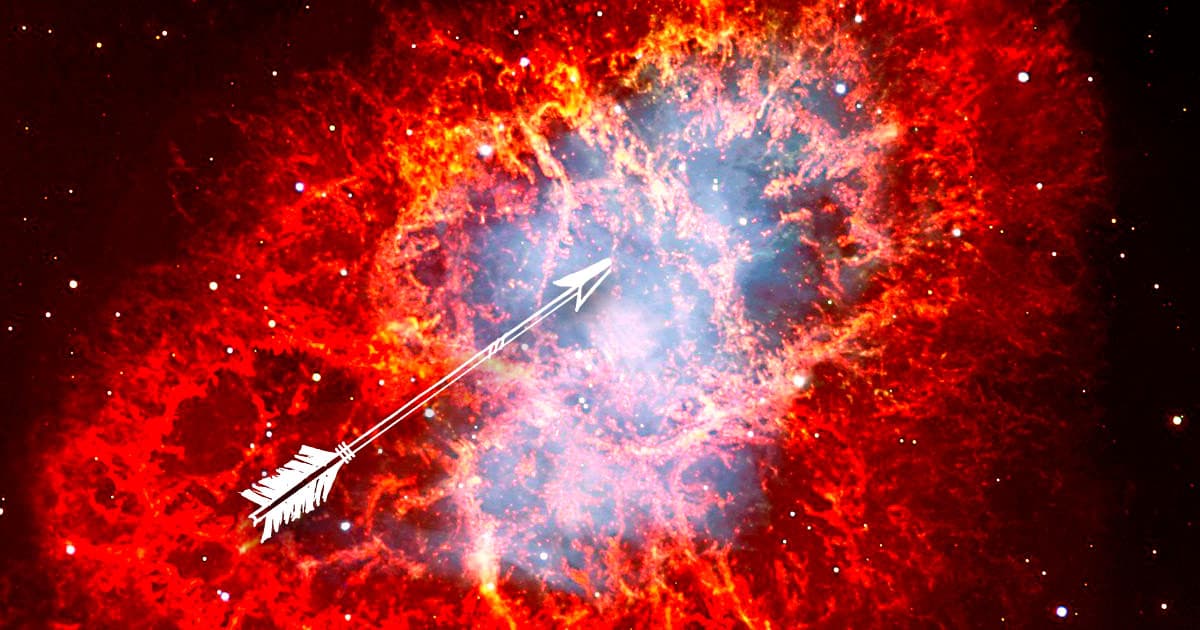 Poison in the Hearts of Stars Can Make Them Explode

Neon in a star's core can act like a ticking time bomb.

Neon in a star's core can act like a ticking time bomb.

Stars with a certain deadly elemental cocktail in their cores could be doomed to suffer an early demise.

If a star forms enough neon, a rare and poorly-understood chemical reaction can trigger a star-killing thermonuclear blast, Gizmodo reports. The unusual phenomenon can explain why some stars detonate and collapse into white dwarves — instead of continuing to live.

If a star has a core rich with neon, magnesium, and oxygen, the neon atoms can sometimes gobble up extra elections, according to research published in the journal Physical Review Letters. This triggers a nuclear reaction that detonates all of the core's oxygen, turning the entire star into a gigantic nuclear bomb.

"What's remarkable is that it's a singular nuclear transition, and a very rare transition that you normally neglect," lead researcher, Oliver Kirsebom of Dalhousie University, told Gizmodo. "Under the specific conditions in these stars, it could have a profound effect on the evolution."

What Kirsebom means by that is that these explosions can happen before a star grows and develops the intense, crushing density normally associated with the end of its stellar life cycle.

That may explain why younger, smaller stars sometimes detonate and turn into white dwarves before their time — and instead of becoming the neutron stars that usually originate from a supernova.

READ MORE: How Neon Can Make a Star Destroy Itself [Gizmodo]

More on stars: Scientists Just Found a Dead Star Lodged Inside Another Star