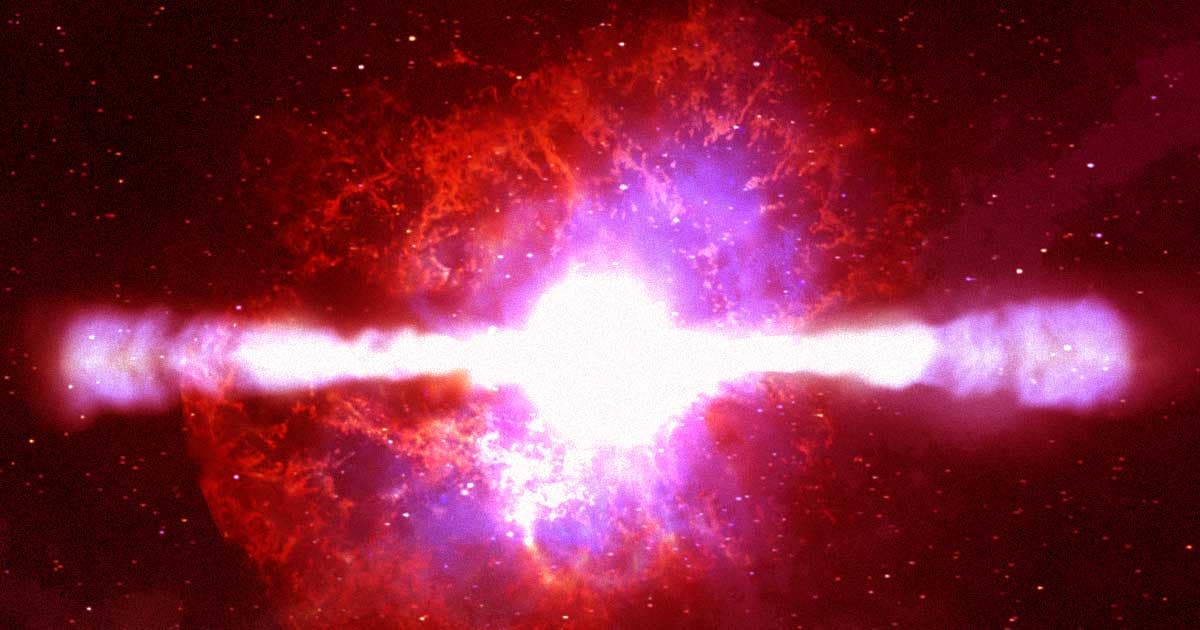 The triggers build up at the star's core before exploding.

The triggers build up at the star's core before exploding.

A pair of scientists has a new guess for what triggers dead stars called white dwarves to detonate in supernovae.

The hidden trigger that sets off the destructive chain reaction, the team suggests, may be a tiny black hole made of dark matter growing in the star's core, according to New Scientist. Basically, dark matter — the mysterious, invisible substance that makes up most of the matter in the universe — accumulates at the center of a white dwarf until it collapses on itself and explodes.

Astronomers have observed white dwarf stars — the corpses of stars that were too small to go supernova — detonating, but haven't been able to develop models that explain why. The new study, published earlier this year in the journal Physical Review D, fills in the missing trigger.

"The dirty secret of supernovae is that in the computer models, we can't ever actually get them to do the final ignition," College of Charleston astrophysicist Ashley Pagnotta, who didn't work on the study, told New Scientist. "There always has to be an injected trigger."

The researchers aren't sure what would confirm their idea, because scientists haven't figured out how to observe dark matter. Doing so during a supernova would be even more difficult.

"It would be something like the size of a proton, but it’s still extremely massive," Queen's University researcher Joseph Bramante told New Scientist.

Falling In
Objects We Thought Were Black Holes May Actually Be Wormholes, Scientists Say
11. 15. 22
Read More
Strange Stars
Astronomers Puzzled by Extremely Peculiar Object in Deep Space
10. 25. 22
Read More
Dark Secrets
Scientists Just Detected the Oldest Dark Matter Ever Observed
8. 3. 22
Read More
+Social+Newsletter
TopicsAbout UsContact Us
Copyright ©, Camden Media Inc All Rights Reserved. See our User Agreement, Privacy Policy and Data Use Policy. The material on this site may not be reproduced, distributed, transmitted, cached or otherwise used, except with prior written permission of Futurism. Articles may contain affiliate links which enable us to share in the revenue of any purchases made.
Fonts by Typekit and Monotype.