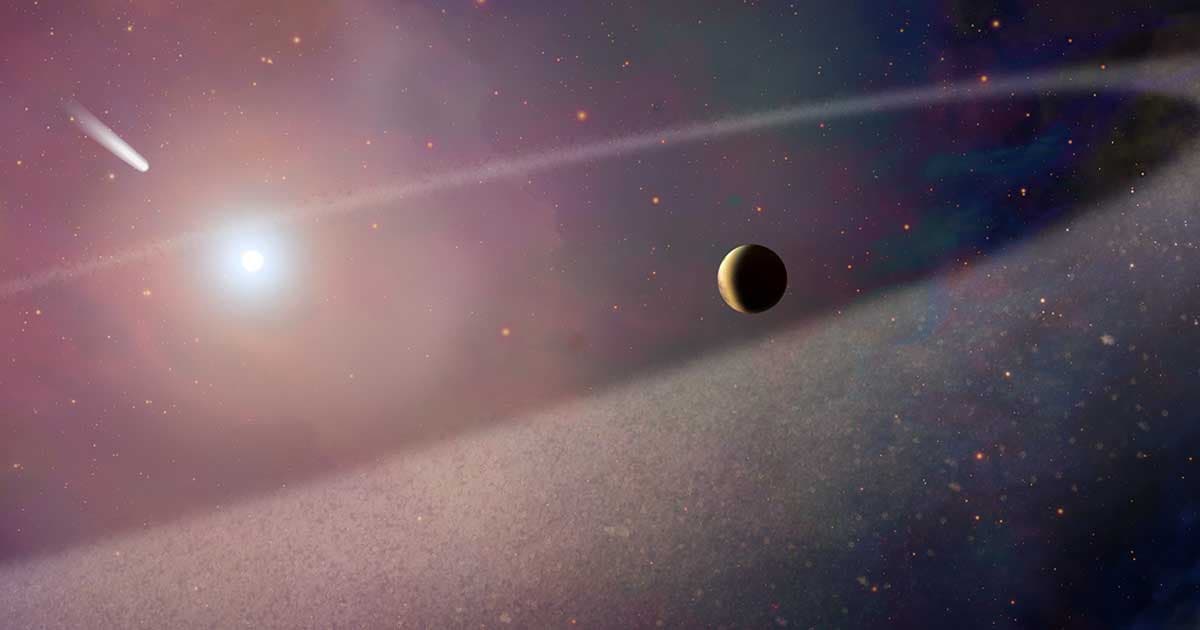 "Such a system has never been seen before."

"Such a system has never been seen before."

For the first time ever, New Scientist reports, scientists have discovered signs of an exoplanet orbiting a white dwarf — the corpse of an exploded star. It's estimated to be about the size of Jupiter, and it's orbiting the dead star at an incredibly close distance.

The discovery could help us gain insight into the evolution of distant star systems, as well as our own. Planets this close to a white dwarf usually have no chance of survival, as they get sucked in by the white dwarf's immense gravitational pull.

The team's finding came after they detected a gas ring around a white dwarf called G29-38, some 1,200 light years away. Within this disk, a massive planet, mostly composed of water and hydrogen sulfide, orbits the white dwarf every ten days.

"This discovery is major progress, because over the past two decades, we had growing evidence that planetary systems survive into the white-dwarf stage," lead author Boris Gaensicke, from the University of Warwick in England, said in a statement.  "Such a system has never been seen before, and it was immediately clear to me that this was a unique star," Gaensicke added.

The exoplanet won't be around for long, though.

"This star has a planet that we can't see directly, but because the star is so hot it is evaporating the planet, and we detect the atmosphere it is losing," Gaensicke said.

"The orbit of the planet is most probably the result of gravitational interactions, indicating the presence of additional planets in the system," the team wrote in the abstract of their paper, published this week in the journal Nature. Their theory goes that other planets might have pushed the planet towards its eviscerated star.

"This confirms what we have been thinking for the past 25 years — white dwarfs have proper planetary systems around them," lead researcher Gaensicke told New Scientist.