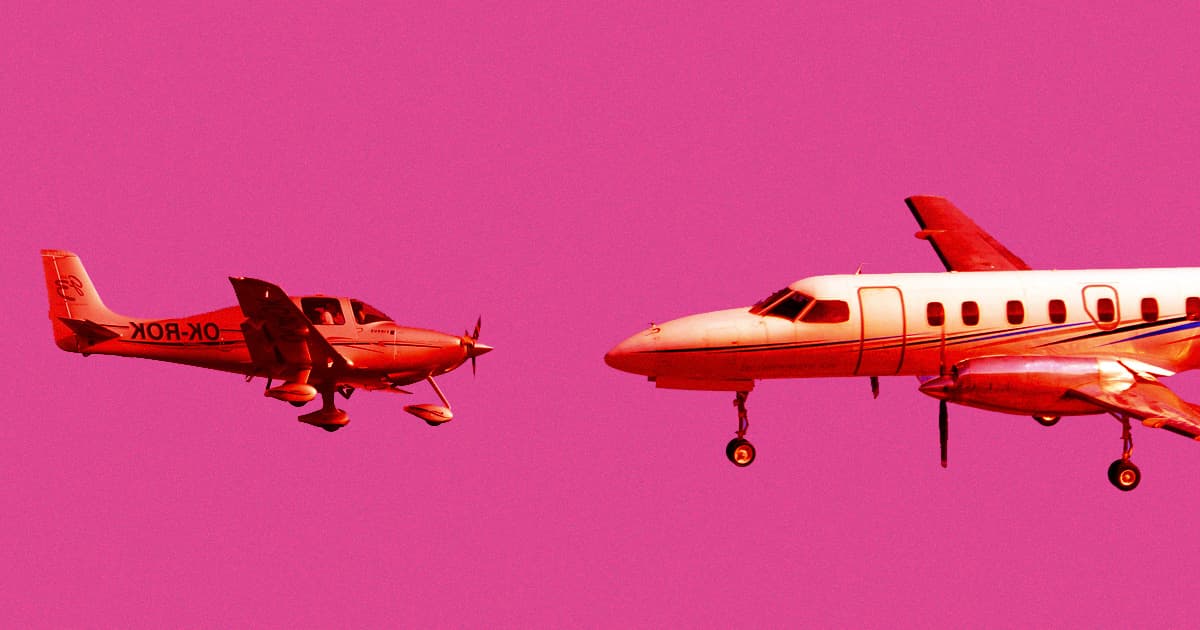 One pilot landed without realizing his plane was almost ripped in half.

One pilot landed without realizing his plane was almost ripped in half.

Two planes crashed into each other in midair on Wednesday while they were both preparing to land at a small airport in Arapahoe County, Colorado, just outside Denver.

But shockingly, no one involved in the accident was hurt, according to The Associated Press. Both pilots were able to make emergency landings and walk away unscathed, as did the one passenger who had been along for the unfortunate ride.

After the crash, the pilot in the otherwise empty plane didn't even realize that it had nearly been ripped in two. Still, despite losing an engine, the pilot managed to descend and land safely. The pilot of the other plane — a much smaller single-engine aircraft — deployed an emergency parachute that slowed its descent as it touched down in an empty field.

"I thought, 'Is it somebody just jumping out of a plane?' And then I realized the parachute was attached to a plane," Arapahoe resident Shelly Whitehead, who lives near the field and spotted the parachute, told the local CBS affiliate KCNC-TV. "I thought for sure they weren’t going to make it out of there."

While the fact that both pilots and the lone passenger walked away from the crash unscathed, the fact remains that two planes somehow managed to hit each other — and the AP reports that both the National Transportation Safety Board and the Federal Aviation Administration are investigating how that took place.

"Every one of these pilots needs to go buy a lottery ticket right now," Arapahoe County sheriff's deputy John Bartmann told the AP. "I don't remember anything like this — especially everybody walking away. I mean that's the amazing part of this."

Personal Aviation
Inventor Says He's Built a Real Life Flying Motorcycle
May 6
Read More
Plane Nonsense
Experts Don't Know Why Boeing 777 Doused Children With Jet Fuel
1. 16. 20
Read More
DLC
Crashed Boeing 737 Jets Lacked Safety Features That Cost Extra
3. 22. 19
Read More
+Social+Newsletter
TopicsAbout UsContact Us
Copyright ©, Camden Media Inc All Rights Reserved. See our User Agreement, Privacy Policy and Data Use Policy. The material on this site may not be reproduced, distributed, transmitted, cached or otherwise used, except with prior written permission of Futurism. Articles may contain affiliate links which enable us to share in the revenue of any purchases made.
Fonts by Typekit and Monotype.