"Boeing charges for them because it can. But they’re vital for safety." 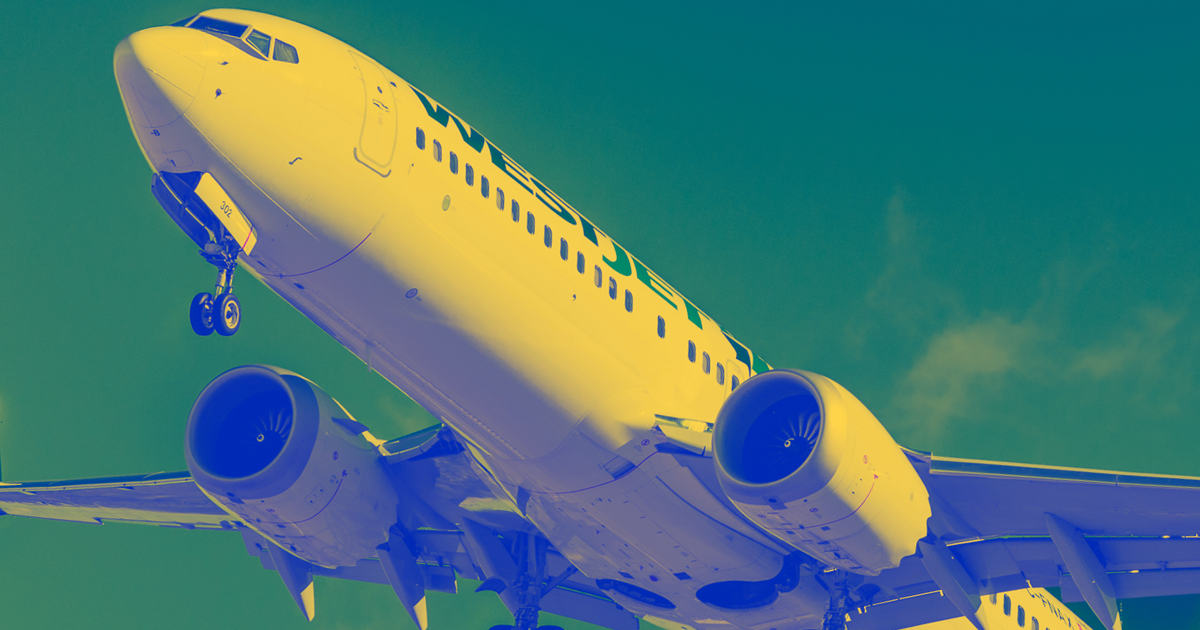 The New York Times reports that both Boeing 737 MAX commercial airliner jets that crashed in October and earlier this month lacked two optional safety features that Boeing charges extra for.

"They’re critical, and cost almost nothing for the airlines to install,” Bjorn Fehrm, an analyst at the aviation consultancy Leeham, told the Times. "Boeing charges for them because it can. But they’re vital for safety."

The two features in question relate to Boeing's Maneuvering Characteristics Augmentation System (MCAS), which automatically corrects any angle of attack — essentially the horizontal pitch of the plane relative to the oncoming wind — that is too high to protect the plane from stalling.

Reports about the October crash suggest that even with the pilots giving altitude correction commands, the nose of the jet kept dipping before it crashed into the water while the pilots were frantically leafing through the handbook.

It's not clear if the absence of those two features had anything to do with the cause of either crash, but sources familiar with the matter told the Times that two optional safety features "could have helped the pilots detect any erroneous readings."

One of the features, an angle of attack indicator, could've notified pilots of the data picked up by the MCAS' two sensors. The other, a disagree light, would have activated if those sensors were "at odds with one another."

Some U.S. airlines decided to order 737 MAX planes without either feature, according to the Times, "because its pilots use other data to fly the plane."

Read This Next
Plane Nonsense
Experts Don't Know Why Boeing 777 Doused Children With Jet Fuel
Message Received
Boeing's Deadly 737 Max "Designed by Clowns," Wrote Employee
Deadly Development
Whistleblower Says Boeing 787 Oxygen Masks Don't Work
Nose Dive
Pilots Were Worried About Boeing 737 Max Before Deadly Crash
Futurism
Get Your First Look at the Future of Hypersonic Flight
More on Advanced Transport
Quelle Surprise!
Yesterday on the byte
Of Course Elon Musk Is Pushing The Cybertruck Back Again, What Did You Expect?
Stay Away
Wednesday on the byte
New SUV Features Electrified Door Handles and Pepper Spray Guns
No Fly
Monday on the byte
The TSA's Entire No Fly List Appears to Have Just Leaked
READ MORE STORIES ABOUT / Advanced Transport
Keep up.
Subscribe to our daily newsletter to keep in touch with the subjects shaping our future.
+Social+Newsletter
TopicsAbout UsContact Us
Copyright ©, Camden Media Inc All Rights Reserved. See our User Agreement, Privacy Policy and Data Use Policy. The material on this site may not be reproduced, distributed, transmitted, cached or otherwise used, except with prior written permission of Futurism. Articles may contain affiliate links which enable us to share in the revenue of any purchases made.
Fonts by Typekit and Monotype.