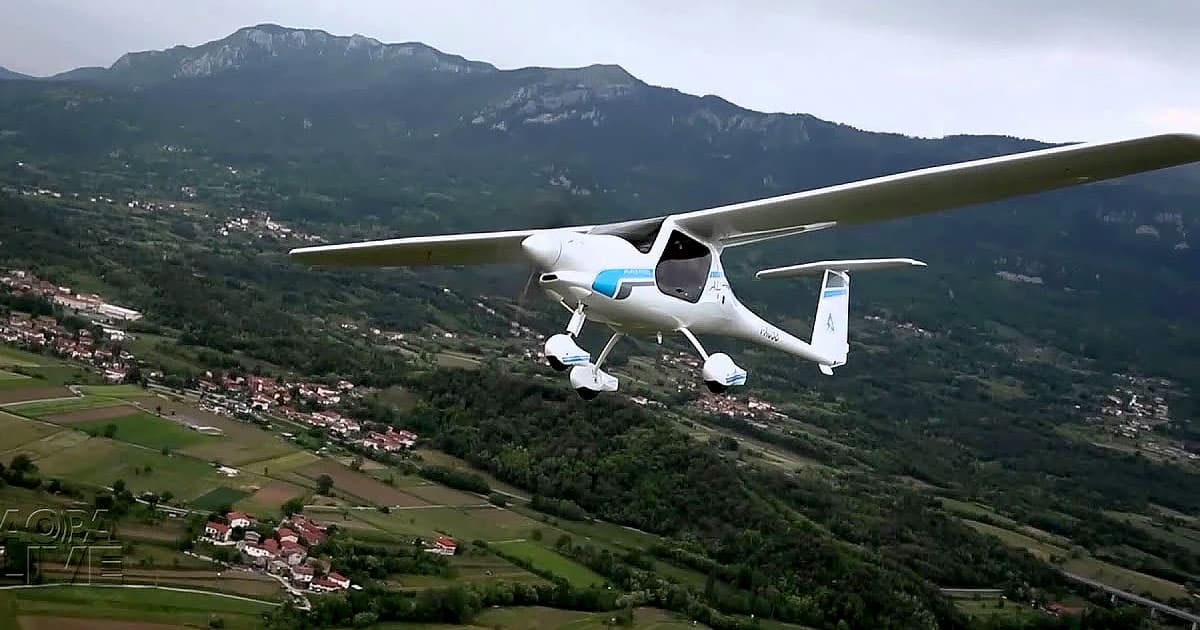 "This is not good for the work we do."

"This is not good for the work we do."

Norway unveiled its first battery-powered plane during a demo flight before a high-profile crowd on Wednesday.

Unfortunately, for reasons that are not yet fully known, Reuters reports that the Alpha Electro G2 plane crash-landed in a lake. Though no one was hurt, the crash represents an inauspicious start for the country's plan to electrify all domestic air travel within 20 years.

The plane only carried a pilot, Dag Falk-Peterson, CEO of Avinor, the state-owned aviation company, and one pilot, junior government minister Aase Marthe Horrigmo. Reuters reports that Another passenger, Environment Minister Ola Elvestuen, rode the aircraft during a more successful flight earlier in the day.

It remains unclear whether the crash landing was due to inherent flaws with a battery-powered system or some other glitch.

"I made a mayday call and looked for a place to land," said the pilot, per Reuters. "This is not good for the work we do."

Critical Flaws
Tesla Reportedly Sold Batteries It Knew Could Catch Fire
6. 24. 20
Read More
Shuttle Butt
We Took a Ride on NYC's First Self-Driving Shuttle
8. 7. 19
Read More
Dangerous Autonomy
Video Shows Tesla Autopilot Steering Toward Highway Barriers
3. 22. 19
Read More
+Social+Newsletter
TopicsAbout UsContact Us
Copyright ©, Camden Media Inc All Rights Reserved. See our User Agreement, Privacy Policy and Data Use Policy. The material on this site may not be reproduced, distributed, transmitted, cached or otherwise used, except with prior written permission of Futurism. Articles may contain affiliate links which enable us to share in the revenue of any purchases made.
Fonts by Typekit and Monotype.